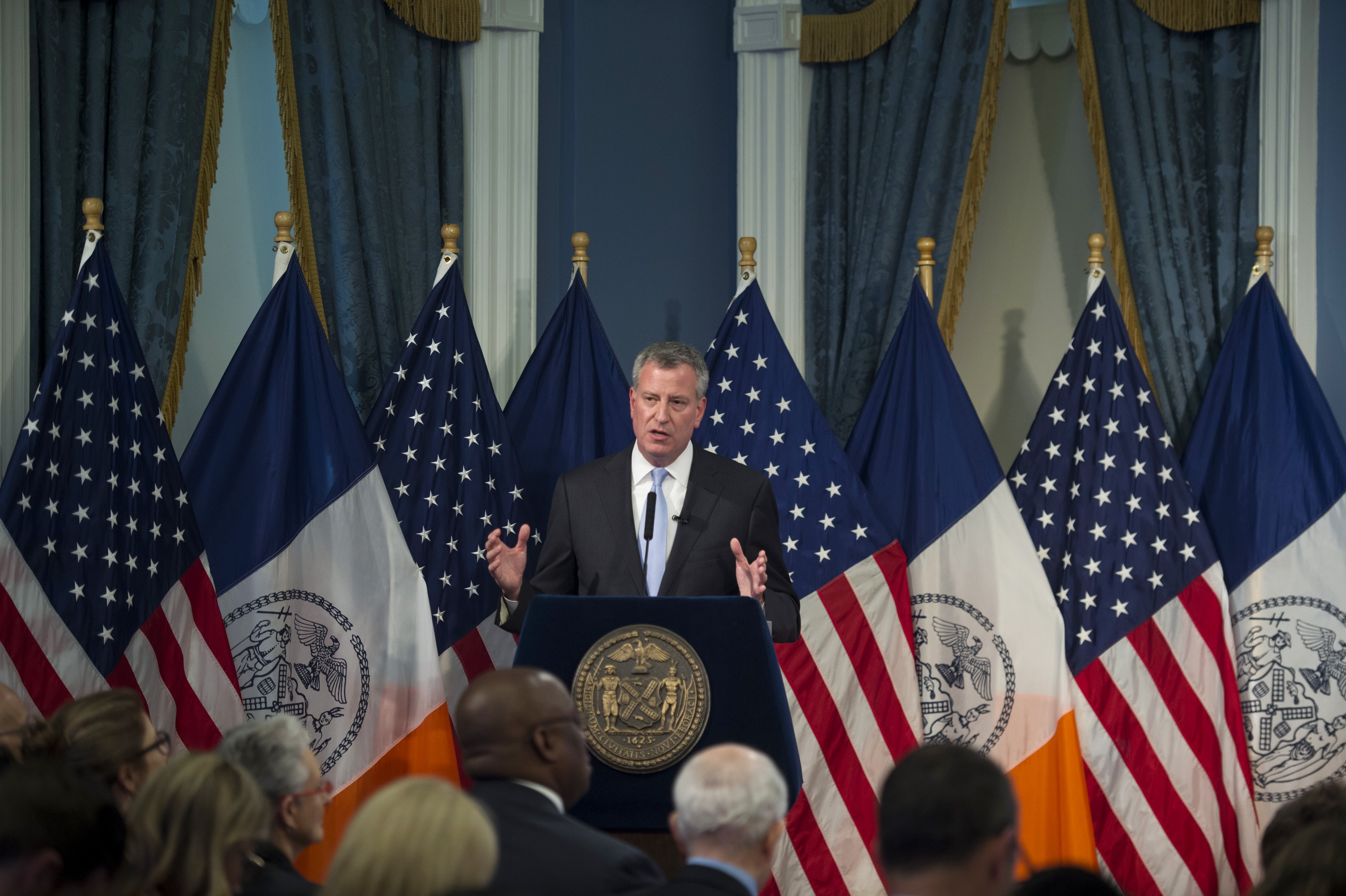 Mayor Bill de Blasio today rolled out a $78.3 billion that includes a first-of-its kind $500 million reserve for capital budgets, more than $30 million in payment breaks for NYCHA, and $100 million to combat homelessness.

“I think my central point is: I’m very confident in what’s happening right now with the resources we have,” Mr. de Blasio told the Observer today during his budget announcement press conference. “In fact, I think the NYPD is getting better all the time.”

City Council members, including Speaker Melissa Mark-Viverito, have argued the cops are necessary to boost the ranks of a department that has 6,000 fewer officers today than it did before the September 11, 2001 terrorist attacks. They say the extra cops will ease community relations by allowing for more to regularly walk a beat, will reduce response times to quality of life concerns, and cut down on an unwieldy overtime budget. Mr. Bratton, after opposing the addition of the cops last year, this year has said he’s finishing a department re-engineering process and determined the department does need 1,000 new officers, if not more.

But Mr. de Blasio said today continuing low crime is proof the city doesn’t need more officers—in part thanks to reforms he has made that have reduced the number of people being stopped and frisk and being arrested for possession of marijuana. The number of stops has fallen from 700,000 in 2011 to 46,000 last year, Mr. de Blasio said, and issuing summonses instead of arrests for most instances of marijuana possession has caused those arrests to plummet by 65 percent. He argued that’s freed up cops.

“That’s a huge amount of time and energy that was applied to other, and I think much more important and much more fair, uses,” Mr. de Blasio told the Observer.

But the mayor’s proposal today is far from the final word on the issue. The Council and the mayor will now enter behind-the-scenes negotiations ahead of the budget’s June 30 due-date. And leadership in the Council indicated they’ll continue pressing for the boost.

“The City Council is disappointed that the Executive Budget does not contain funding for new Police Officers who will help give Commissioner Bratton the tools he needs to continue to keep crime low while also improving police-community relations,” Ms. Mark-Viverito said in a statement.

Councilman Daniel Garodnick said he did not believe the mayor had closed the door to new officers—and Mr. de Blasio himself hinted at the possibility of a deal.

“We will certainly have a thorough process with the Council, and you know, we’ll be very open to finding a compromise—which is what we do in the legislative process,” he said.

Despite his opposition to the new cops and his police commissioner’s support for the boost, Mr. de Blasio said the two “see eye-to-eye.” Every commissioner wants more resources, he said.

“He has a vision of what he could do if he had additional resources. I think it’s a very earnest vision. He is hopeful it comes to pass. My job is to make a series of tough decisions about how we allocate our resources,” Mr. de Blasio said. “I’m presenting the executive budget. But guess what? It’s a democracy. There is a legislative branch.”

While he touted investments—money for the beleaguered Department of Correction, for mental health services, for struggling schools—Mr. de Blasio also touted efforts to save up for rainier economic days.

The city will boost its general reserve to $1 billion a year; the Retiree Health Benefit Trust Fund will increase to $2.6 billion a year, which would cover a year’s worth of costs, and the city will create a new Capital Stabilization Reserve, which will hold $500 the city can use to pay down debt on capital projects in the event of a downturn.

“What I’m talking about is trying to protect what we already have so we don’t lose it in a downturn. I don’t think that most New Yorkers want to see services cut, or city employees laid off or attrited out. I don’t think most New Yorkers want to see an increase in property taxes. And I am very adamant about creating a plan where we will not have to increase property taxes, and where we can protect the levels of services we have now.”

“I don’t think a traditional PEG approach is always the right way to go,” Mr. de Blasio said. “But if we come across hard times, as I’m saying will come sooner or later, we will have to then do much more aggressive cost-cutting, and it will be more like a traditional PEG program—I hope a much better program.”

“We have only several weeks to be able to negotiate now on this executive budget, which isn’t necessarily fair to this council,” Ms. Ferreras told the Observer. “However, you know, this budget includes a lot of what’s important to this Council—but that’s not the way we want to move forward in the future.” 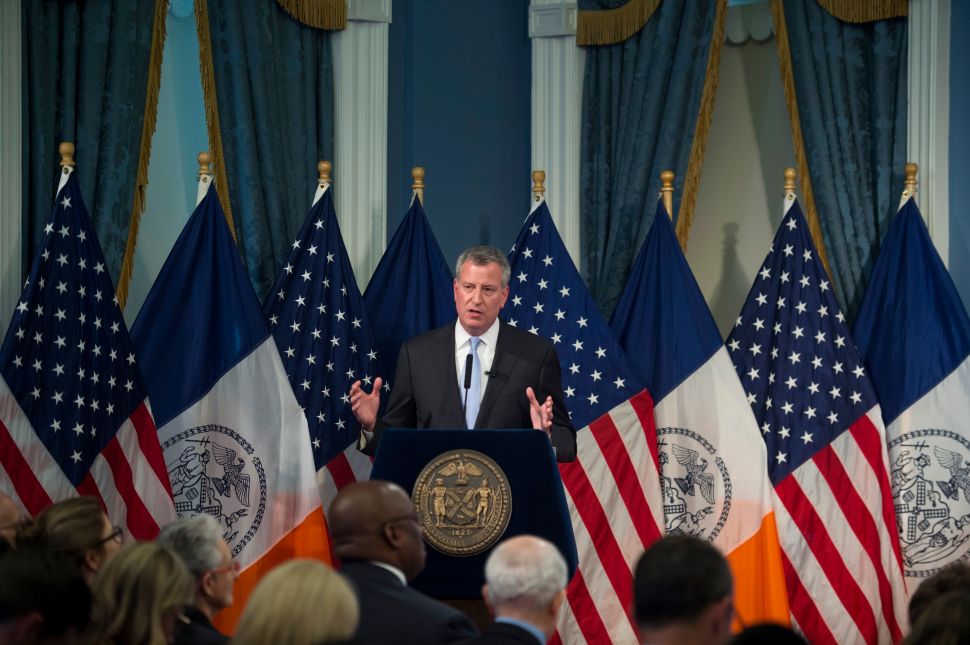