CANNES, France — This year’s edition of Cannes has been fêted as the “Year of the Woman,” with a half dozen female directors represented in the official selection and many more throughout the concurrent sidebars and marketplace venues. Some male directors even seem to revel in letting the men get bested by the opposite sex. (Jaco Van Doermel’s kooky Catholic farce The Brand New Testament re-imagines God as a surly abusive father living in Brussels whose young daughter follows in her brother’s footsteps by becoming a subversive girl-power messiah for the 21st Century. What happens to the Almighty? His Goddess wife takes over, adding floral patterns to the blue sky while He ends up working on a washing-machine assembly line in Uzbekistan.)

But macho men need not despair: testosterone is in full effect, with a handful of works delivering some truly punishing cinematic gut-punches. Mad Max: Fury Road thundered into the 3,000-seat Grand Theâtre Lumière on the first full day of the festival and pummeled an action-hungry audience into blissful submission, commanding no less than three rapturous rounds of spontaneous applause during a relentless two hours of chassis-crunching, gasoline-spitting, motorcycle-flying, guitar-shredding, post-apocalyptic mayhem. (Yes, women are equally behind the wheels in George Miller’s subversively feminist reimagining of his franchise, but only in a committed ass-kicking sort of way).

In the Main Competition, first-time Hungarian helmer László Nemes brought Auschwitz back to horrific life in his terrifyingly bleak Son of Saul, a brilliant, harrowing chronicle of a sonderkommando (a type of prisoner given mild authority and extra privileges over the others in turn for his help in cleaning out the gas chambers, burning the dead, and shoveling their ashes into dumping grounds). When the titular Saul discovers the body of his son among the executed, he makes it his mission to find a rabbi and give the child a proper burial. But the Allies are growing closer—so the camp goes into final-solution overdrive, the inmates plot a revolt, and Saul continues his Sisyphean attempts to honor the sanctity of a single human life. Tense is too mild a word for the agonizing frenzy that follows, turning the film into a nail-biting suspense thriller while never shaking its fundamental shape as a portrait of unrelenting doom.

That Nazi work ethic pops up again, although this time as plot-device caricature, in Brooklynite Jeremy Saulnier’s grindhouse lark Green Room. This fun but disposable horror-actioner follows a dead-broke punk-rock group trapped backstage at a backwater venue run by Portland skinheads. Anton Yelchin stars as the band’s bassist, a high-voiced, slender man who’s the first to suffer in the film’s jolting medleys of baroque violence. (Who knew duct tape was so handy for keeping a near-severed hand from falling off your wrist?) Machetes, shotguns, box cutters, and fire extinguishers are wielded with aplomb, as is the clever trick of using microphone feedback to drive away pit bulls specially trained for ripping out jugulars. Missed opportunity: having the great fortune of a very game Patrick Stewart as leader of the white supremacists, and yet never really using him to delve into the group’s ethos or make their beliefs more essential to the plot. The characters are pretty much central-casting fodder for a plot-driven splatter flick that plays as homage to Assault on Precinct 13 and its inspiration, Rio Bravo, but with half the panache or wit.

But the biggest ball-rattling burst of machismo is potentially yet to come. A new film version of Macbeth, from acclaimed Australian Justin Kurzel and starring Michael Fassbender and Marion Cotillard as Shakespeare’s most infamous (and blood-soaked) Lord and Lady, is scheduled to debut on Saturday, the last day of the festival. For those who might think that the final competition slot is a dumping ground for unwanted titles, bear in mind that a handful of Palme d’Or winners, including Roman Polanski’s The Pianist, have unspooled on that very day. A brief promo for the film played at the Weinstein reception last week, and the footage was aptly (and excitingly) overheated. Here’s hoping the film wasn’t from its auteur’s womb untimely ripped… 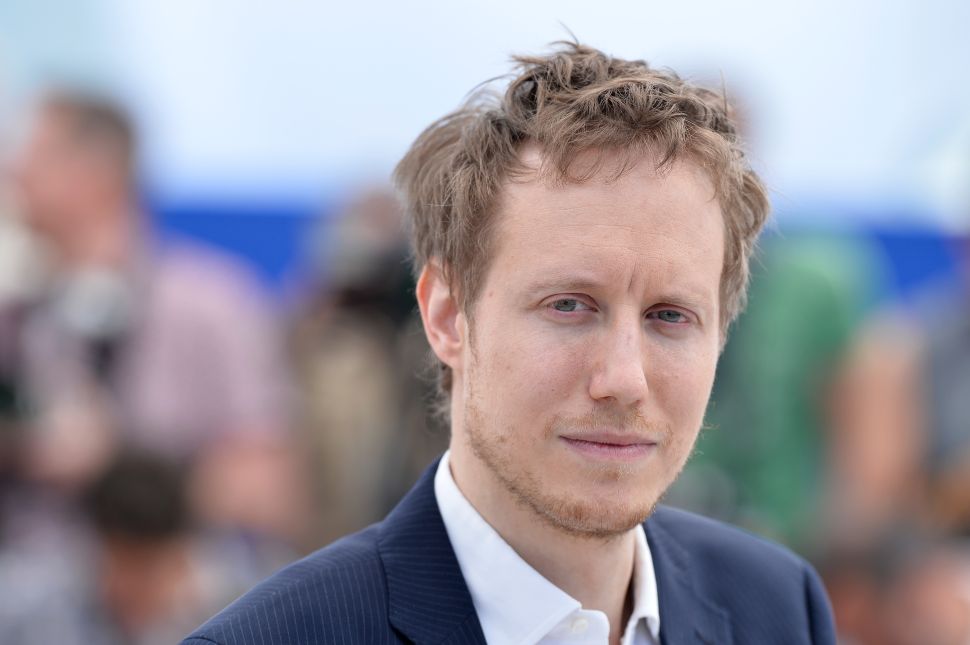