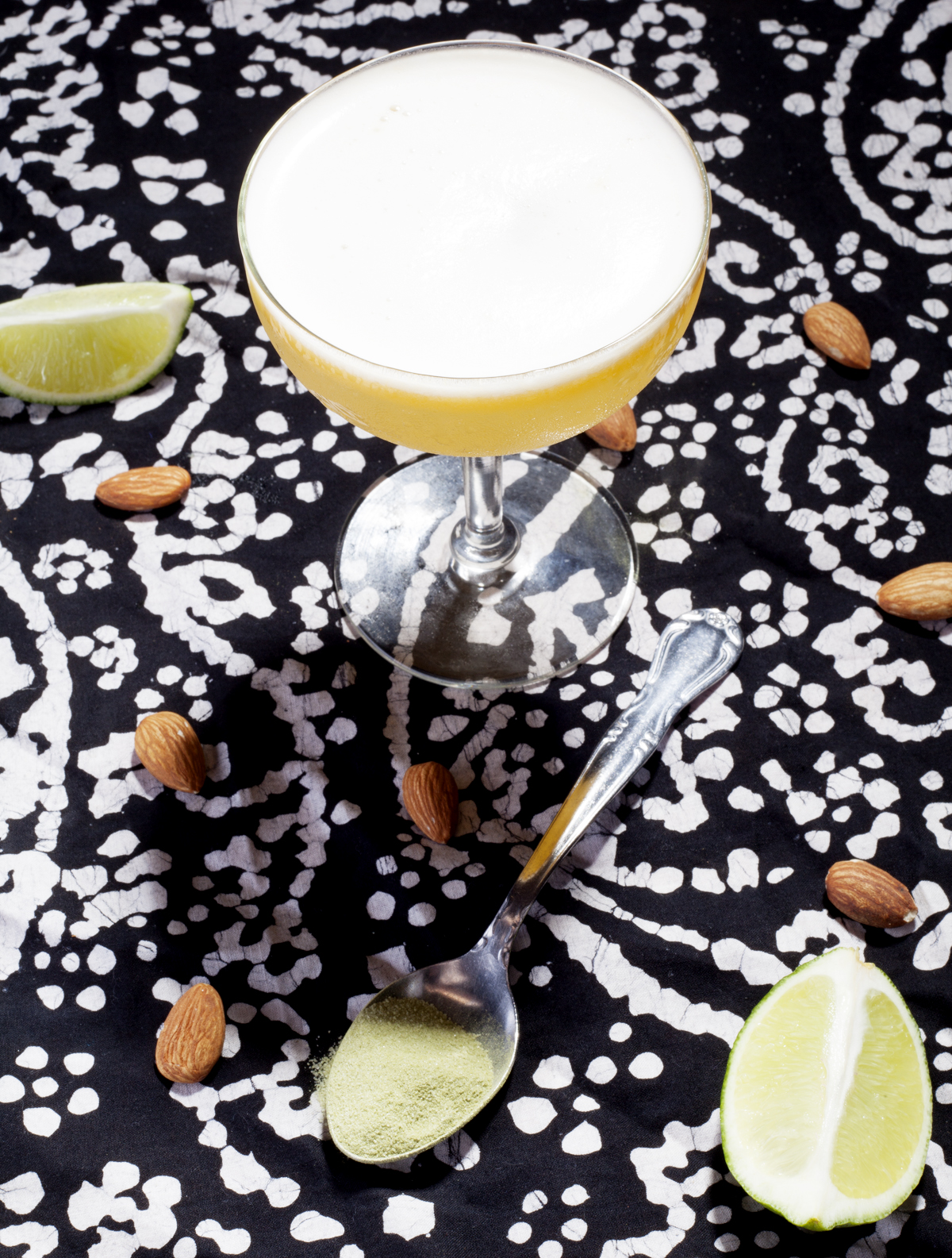 Gone are the days when Manhattan was the exclusive haunt of New York’s finest bartenders. Today, it’s just as easy to find inventive, cutting-edge cocktails in Brooklyn. And while no borough is immune to self-important, mustachioed mixologists (or their bar-nerd acolytes), many of Brooklyn’s drinking establishments hold their own on the craft cocktail front, without the buttoned-up trappings (or $17 price tags) of their counterparts across the river. The best of the bunch simply want you to have a good time, and furnish the means—the secluded back garden, the live jazz, the whiskey—to ensure it. Below, the 10 best drinks in the borough, from springtime gimlets to bright-green swizzles.

Many spirit enthusiasts have yet to appreciate the nuance and subtlety of good rum, a strong undercurrent of the cocktail menu at Donna, an airy lounge with vaulted ceilings where the Williamsburg Bridge meets the East River. Head bartender Matt Belanger’s Forbidden Planet riffs on the classic daiquiri (rum, lime, sugar) with a wholly original base—Plantation 3 Stars Rum that’s been infused with genmaicha green tea, imparting a nutty, cereal-like flavor. Overproof rum, coconut liqueur, orgeat and lime give it a tropical twist. 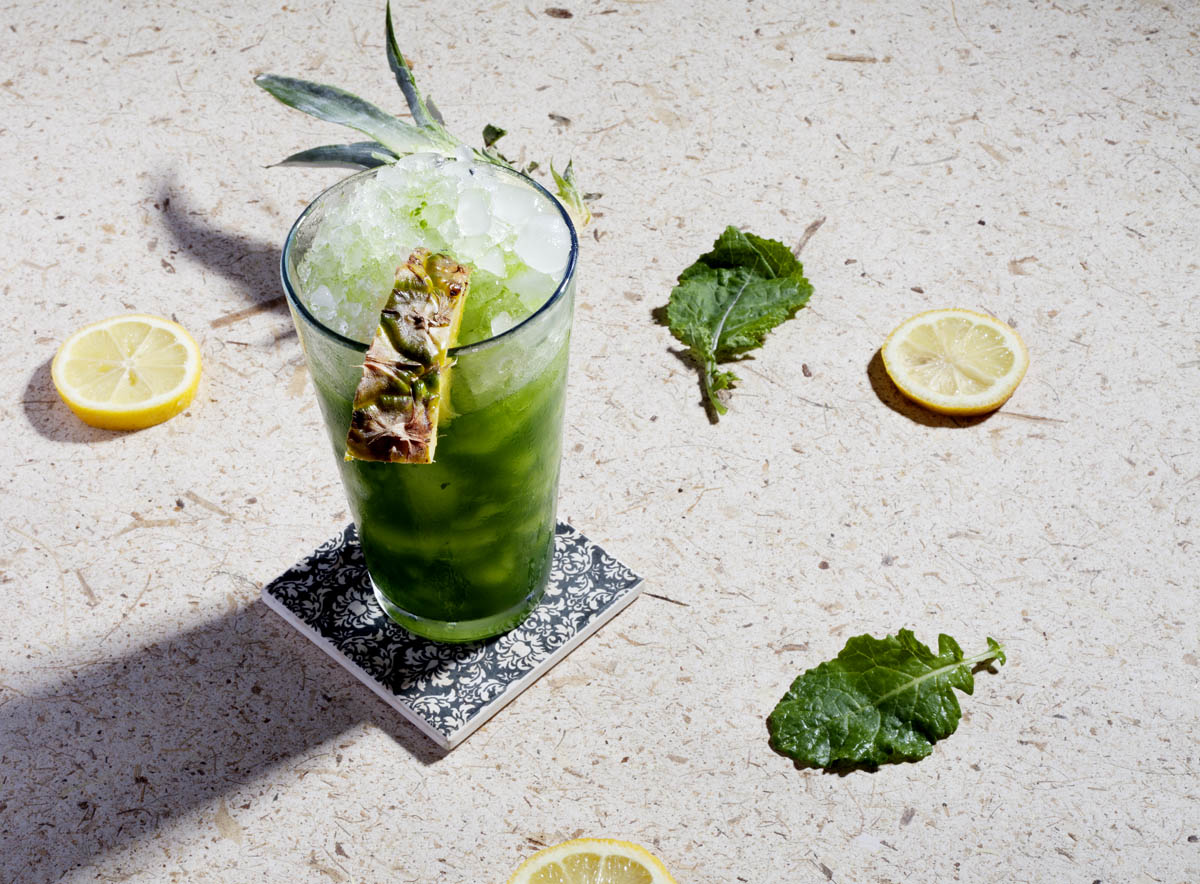 Whereas a garnish is the last element in any cocktail, beverage director Tonia Guffey started with a vanilla-candied lotus root then built a drink around it. You’ll taste vanilla in the C.R.E.A.M., which unites Laird’s Bonded Applejack, Giffard’s high-quality vanilla liqueur, lemon and Pedro Ximénez sherry in a tall glass—like the best adult cream soda you’ve ever had.

Brooklyn’s standard-bearing Clover Club from mixology phenom Julie Reiner, one of the first big names on the scene, nails the pre-Prohibition aesthetic with an extensive menu that honors tradition while still breaking the mold here and there. In the latter camp: the Park Slope Swizzle stars kale, lemon and pineapple for a bright spring cocktail, kicked up with gin, aged apple brandy and almond-based orgeat. Green juice was never this much fun. 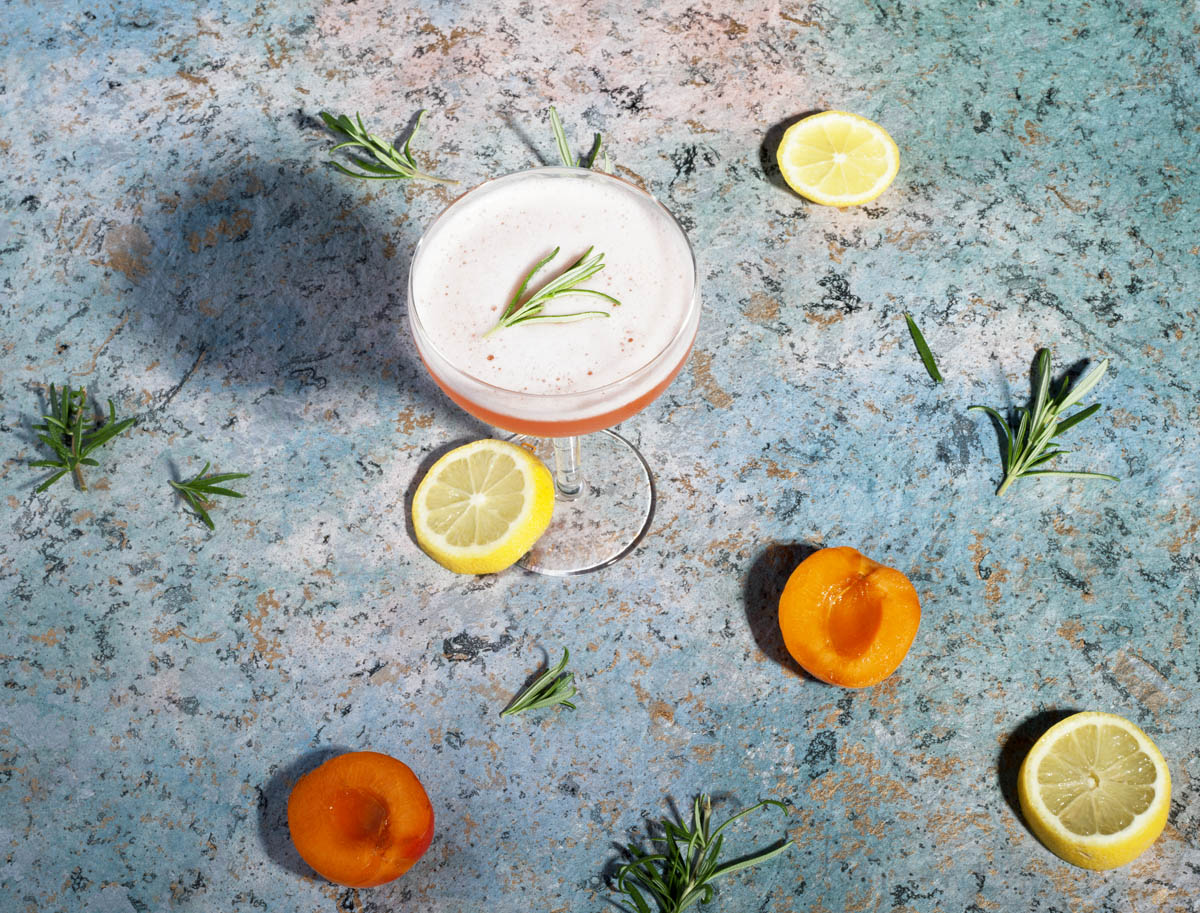 Herbs are a staple of warm-weather cocktails, but Rosemary’s Chance, designed by managing partner Del Pedro, takes it a step further. He shakes together gin and rosemary syrup (rounded out with Aperol, apricot liqueur, lemon and with egg white), then spritzes the finished drink with a rosemary hydrosol so every sip offers a heady, herbal perfume. 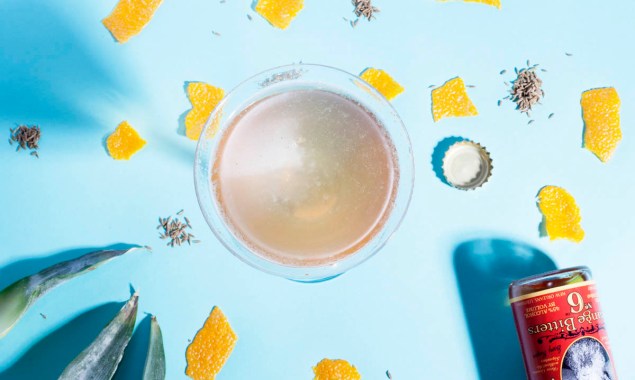 With its verdant back garden, Huckleberry Bar is among the borough’s most inviting sipperies. Concocted by Dave Perezcassar, the Shady Lane evokes a summer barbecue with the smoke of El Buho mezcal, the spice of Fernet Vallet and a cumin syrup, and barbecue-evocative Bitter End Memphis BBQ bitters going head to head with Lagunitas IPA. 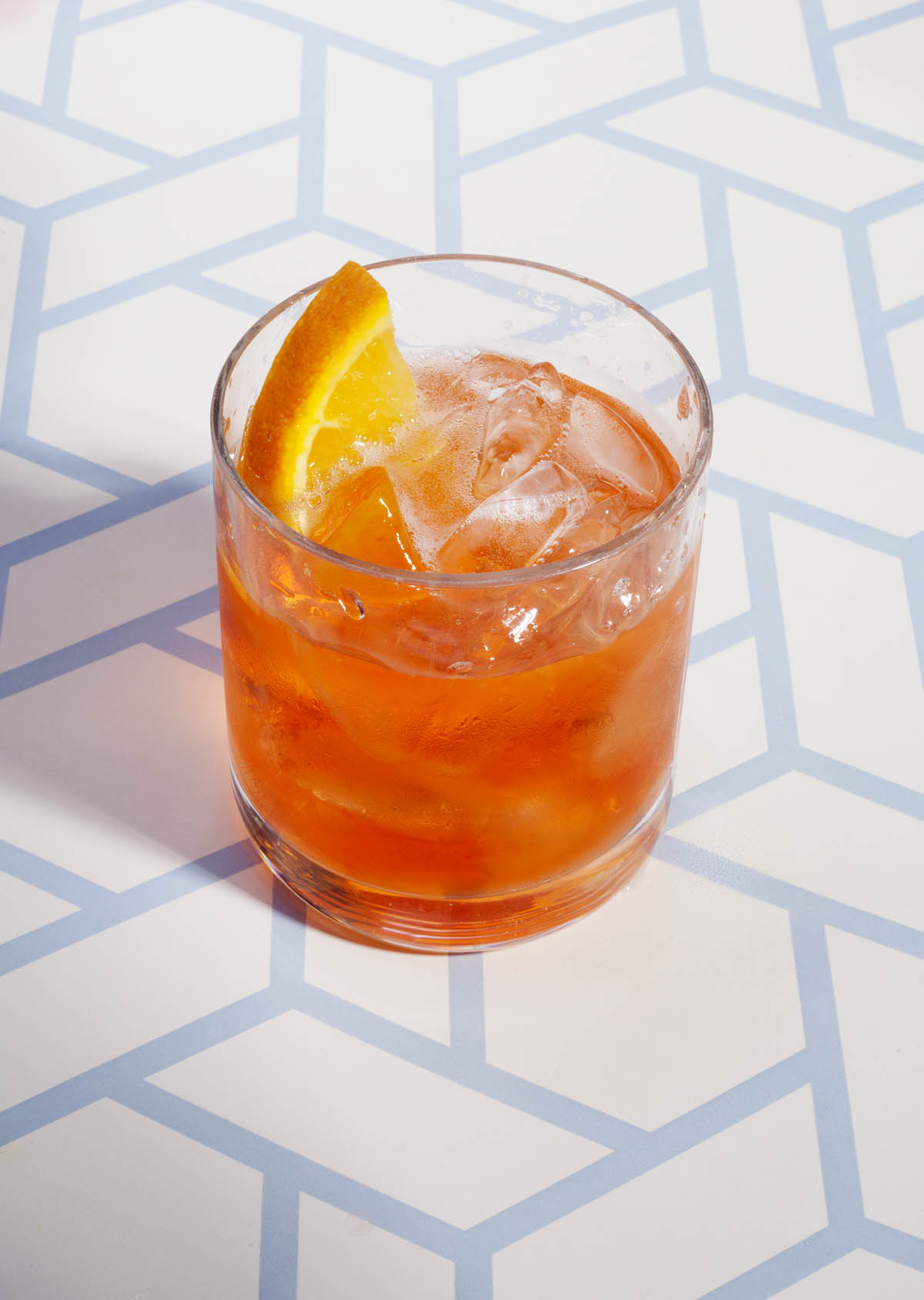 Some drinks are impossible to improve upon. Among them: the Aperol Spritz, served with particular aplomb at throwback bar-restaurants Walter Foods and Walter’s (in Williamsburg and Fort Greene, respectively). It may be the best afternoon sipper ever invented: a bright, refreshing concoction of rhubarb-orangey Aperol, soda and Prosecco. Is it summer yet?

Scotch might strike you as a fireside sipper, but wears a different hat in this refreshing tall cocktail from lively Williamsburg favorite Extra Fancy. The Black Grouse blended Scotch is a smoky, substantial base made refreshing with lime, ginger beer and bar manager Meaghan Montagano’s clever black pepper-hibiscus cordial—complex, a bit sweet, a bit spicy. 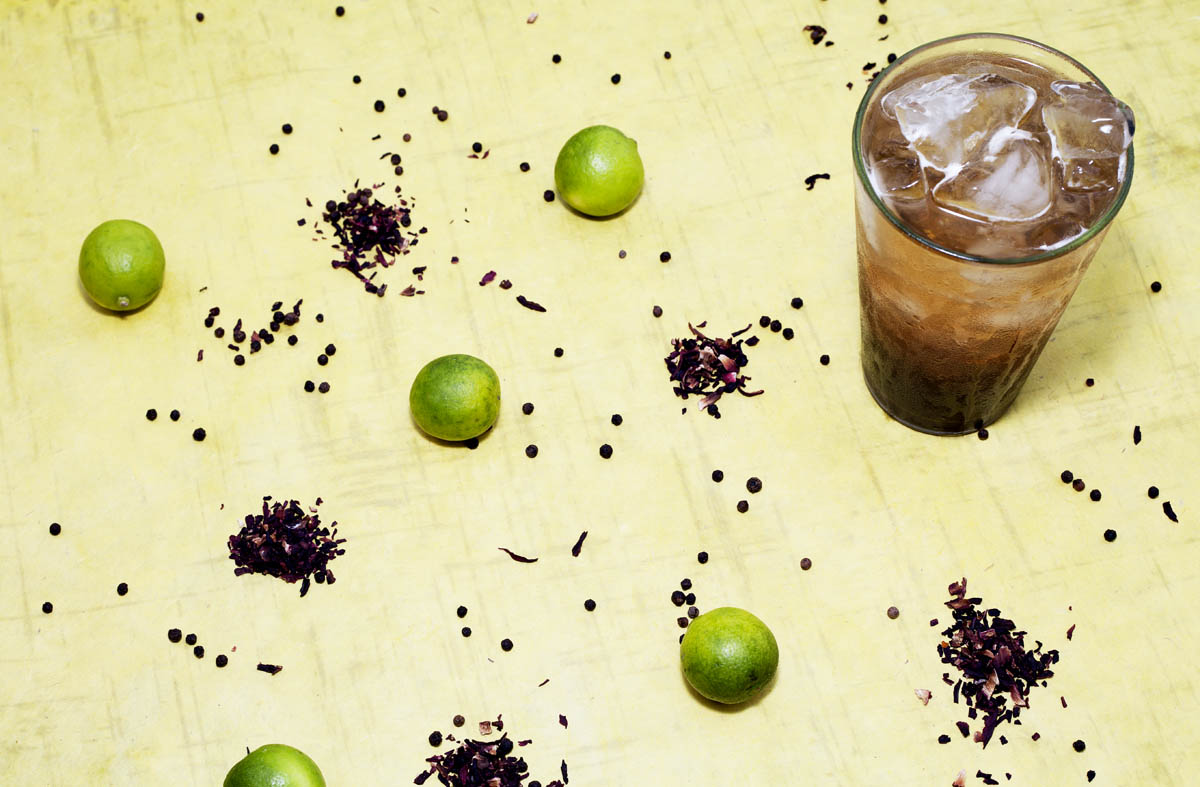 Inspired in equal part by New Orleans and Paris, this 19th century-style cocktail lounge specializes in champagne and absinthe, but there’s not a bad drink to be had. Best in show: the Negroni-inspired Philadelphia Jack by head bartender Will Elliott. Like the gin-Campari classic, it’s a careful balance of bitter and sweet, light and powerfully herbal; the sum of its lesser-known ingredients (Malort, Suze, Cocchi Americano, and the complex botanical Liqueur de Sapin 40%) gives the resulting cocktail “a much more spiced and herbal spine.”

You’d expect distillers to know their cocktails, and the drinks at The Shanty, housed within the New York Distilling Company, don’t disappoint. Among their bottles on the market is Mister Katz’s Rock & Rye, which revives a onetime American barroom favorite: rye sweetened with rock candy and flavored with sour cherries and citrus. In Nate Dumas’ Cave Creek, Rock & Rye shows off its cocktail side together with Pig’s Nose Scotch, pomegranate-based grenadine, lemon and Campari. 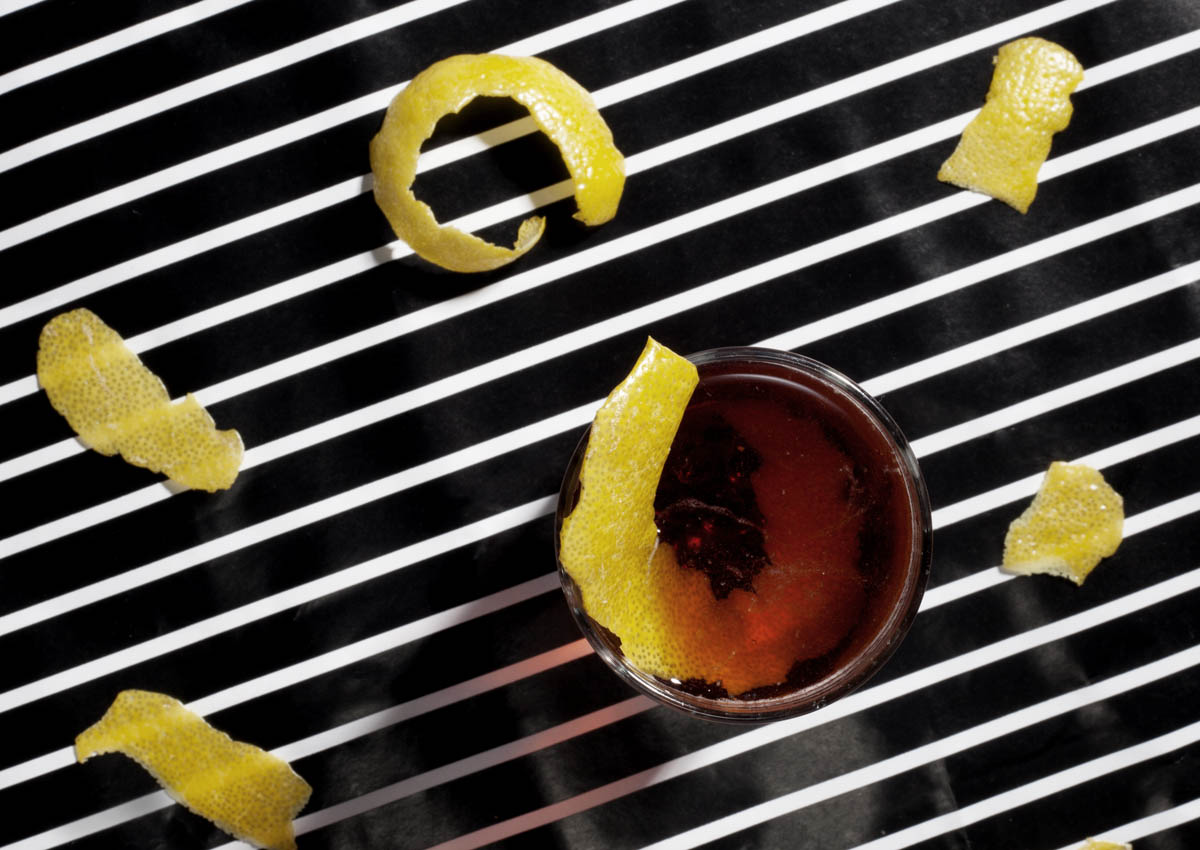 Its neon sign and art deco vibe show Long Island Bar’s 55 years of age, while its cocktails evidence the skill of Toby Cecchini, one of two owners who restored the joint in 2013. His namesake gimlet features a bright lime-ginger cordial, with fresh lime and the complex French gin Citadelle—an updated classic, just like the bar itself. ν 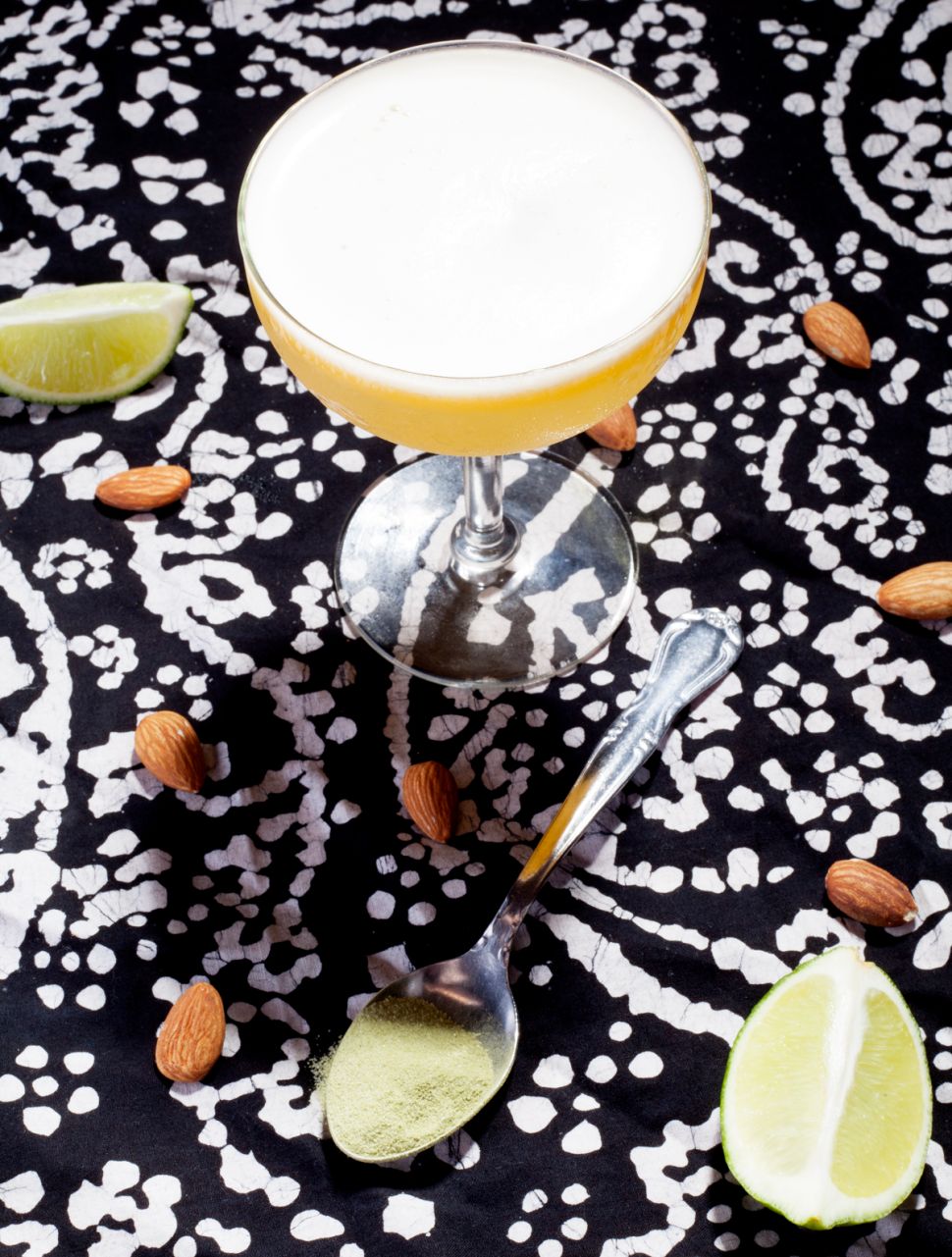