William Zinsser, who died on Tuesday at 92, was a kind of literary Yoda, the successor to William Strunk. But as much as he was devoted to teaching writers how to use language with concision, he was perhaps equally invested in music. He wrote some good books on American popular song, and Easy to Remember: The Great American Songwriters and Their Songs was one of his favorites. Zinsser was also an amateur pianist; in the early ’90s he performed at the Cornelia Street Café with the cartoonist Arnold Roth on saxophone.

Apparently the two continued to jam together; last week, on May 5, a video (above) was uploaded to YouTube featuring Zinsser and Mr. Roth in a duo. It seems to be the only video of Mr. Zinsser playing piano on the web, though it’s unclear when it was recorded. The music is dissonant and haunting, and the fact that it was put on the Internet only a week ago gives it special poignancy. (It was uploaded by a user named William Knowlton; Knowlton was Zinsser’s middle name.) Zinsser, who lost his sight later in life, is wearing black sunglasses and cocking his head back like Ray Charles. A National Magazine Award rests on the piano—presumably the award Zinsser received in 2012 for his columns in American Scholar. It looks like he’s listening intently, reacting, like a true jazz improviser, to Mr. Roth’s breathy lines.

Although Zinsser was most well known for On Writing Well, the canonical guide he published in 1976, he had to give up writing near the end of his life because of his blindness. But he remained devoted to creative endeavors, offering writing and piano lessons to anyone who sought counsel. He would sit patiently as aspiring writers read their work aloud to him and then give his thoughts. “People read with their ears, whether they know it or not,” Zinsser told Dan Barry, who documented the lessons in a Times piece two years ago.

“Read with their ears.” That’s a lovely way to put it—rhythm cannot be ignored. Mr. Zinsser was, of course, a writer first and a musician second. But it’s clear from that phrase how much music must have influenced his writing life. 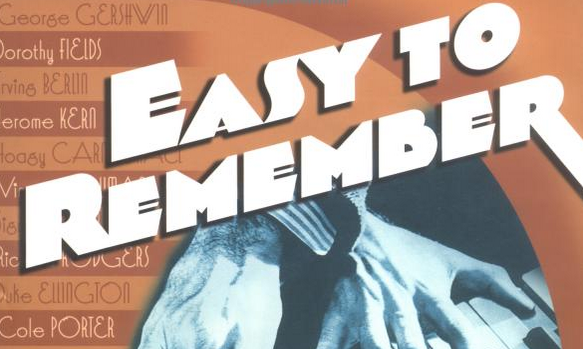