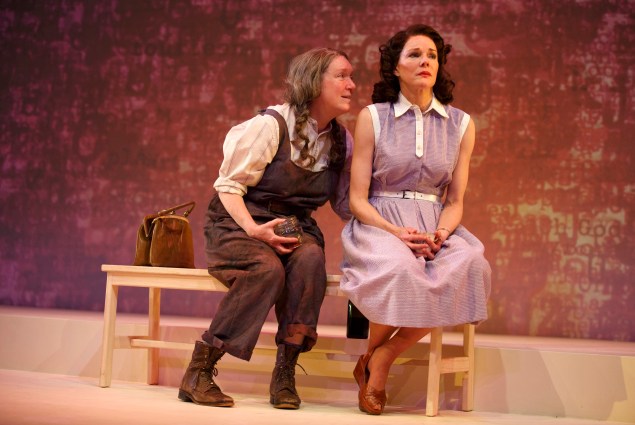 Kristine Nielsen and Carolyn McCormick in What I Did Last Summer. (Photo: Joan Marcus)

A. R. Gurney, known to his friends and fans as “Pete,” is the acknowledged theater sentry who guards the legacy of that endangered species known as the WASP. In his best plays (i.e., Love Letters, Sylvia and The Dining Room) he has revealed the all-American fabric to be all things to all men—noble, honest, frightened, courageous, weak, hopeful and guided by love. In my opinion, What I Did Last Summer, currently being directed by Jim Simpson in a strong Signature Theatre revival at the Pershing Square on West 42nd Street, is not one of his greatest achievements, but it is entertaining, narratively polished and well worth seeing, even for a second time.

First produced in New York at the distinguished, much-missed Circle Rep in 1983, it’s a sensitive memory play about past lives, shared histories and a fluid sense of family identity in the summer of 1945, when World War II ended and a rambunctious 14-year-old named Charlie Higgins was coming to terms with life, loyalty and love—the kind that spells itself within the parameters of friendship. Just as Charlie develops as a youth in conflict with the world of growing up, the playwright develops his skills as a writer with promise. In the decades since its awkward debut, the author of What I Did Last Summer has indeed come into his own as a writer of substance and glory. But this play shows some of the wrinkles in his struggles.

Charlie, aggressively and colorfully played with a rich palate of spirited emotions by Noah Galvin (a kid worth watching, for sure), is really Mr. Gurney a few generations ago. The setting is the Canadian side of Lake Erie, where Charlie’s Mom has transported him and his college-age older sister Elsie from their home in Buffalo to sit out the war while their dad is off fighting for freedom, Superman’s brand of justice and the American Way. The purpose is to escape from world tragedy and meat rationing and the polio scare, but in the course of the summer, Charlie not only escapes but also rebels, stuffing rocks in his jock strap to look more like a man, shocking the community by skinny dipping and mooning the women and children on the beach with his buddy Ted, breaking the law with harmless pranks, and bonding with the town oddball, an aging hippie rudely called Pig Woman (a scene-stealing performance by hammy Kristine Nielsen, who chewed enough scenery in You Can’t Take it With You to inspire concern about asbestos poisoning).

This sets off alarms with Charlie’s mother, who hides some dark secrets of her own from a dark past involving Pig Woman. But Charlie bonds with the garrulous and aggressive Pig Woman anyway, working for 25 cents an hour and free art lessons. She sees in the boy the talent and spirit his mother sacrificed for a conventional life of compromise and it is through her that he finds his own identity. Secrets are revealed, the past mirrors regret as well as a heinous crime Charlie’s family is alleged to have committed. By the time the war ends, so has the summer and Charlie’s innocence. A new chapter is ready to begin, and nothing will ever be the same.

Slender as a thread, this play is nevertheless riveting and funny and worthwhile. What I find dated are the literary “devices” employed by a budding writer in the most experimental phase of his career. A drummer sits on the side of the stage, tapping out time with a stick as the action unfurls, while a clicking typewriter punches out stage directions. “She stops the car.” “She starts the car.” “Elsie organizes the chairs for supper. No chairs are necessary.” It’s a writer’s prerogative, but I found this bushel basket of nostalgic gimmicks annoying—a distraction that patronizes the audience’s intelligence. The actors mime everything from eating and opening and closing car doors to shelling peas. Meanwhile, the cast breaks character to take turns explaining why they think the play is about them. And of course it is—but since Charlie is the altar ego of Mr. Gurney at age 14, he takes center stage more often than the others, deleting any need for guesswork.

But never mind. This is another chapter in the life of a playwright I admire and respect, whose work is both affecting and effective. As memory plays go, it’s not Tennessee Williams’ The Glass Menagerie or Eugene O’Neill’s Ah! Wilderness. But if it’s not even the greatest A. R. Gurney memory play ever written, you still go away sated. Nestled among the surfeit of pretentious junk that has polluted the New York stage this season, it’s a great feeling to be in the presence of a master craftsman. 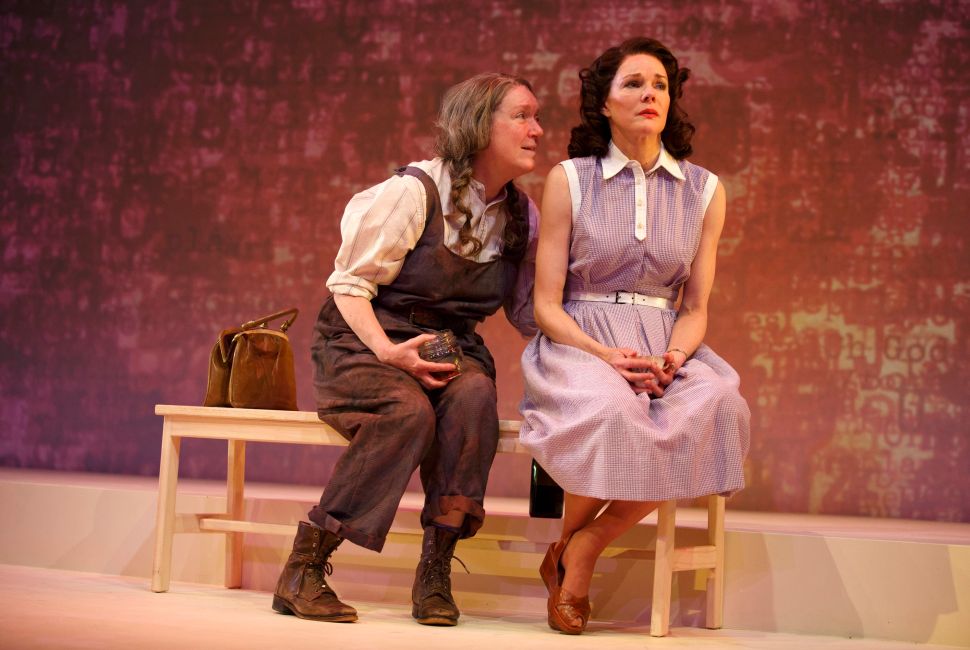 Filed Under: Theater, Theater, Reviews, A. R. Gurney, what i did last summer