In the next few weeks it is likely that both South Carolina Senator Lindsay Graham and Louisiana Governor Bobby Jindal will run for the Republican presidential nomination in 2016. Mr. Graham, has already set an impressive bar for announcement hubris, stating “I’m running because the world is falling apart.” The addition of these two candidates will mean that the Republican field is transitioning from crowded to unmanageable. The confluence of having no clear front runner to take on likely Democratic candidate Hillary Clinton, the belief that the Republicans can win in 2016, the new campaign finance laws and the political maturation of a generation of Republican politicians who are now in their 40s and 50s means that the field is unprecedentedly large. Many, but not all, of these candidates would be legitimate general election candidates, with a decent chance of winning.

Two recent entrants into the race, Ben Carson and Carly Fiorina have never held elective office, but almost all the other candidates are either current or past senators like Ted Cruz, Marco Rubio, Rand Paul, Lindsay Graham and possibly Rick Santorum or sitting or former governors, such as Jeb Bush, Scott Walker, Bobby Jindal, Mike Huckabee and possibly Chris Christie, Rick Perry and John Kasich. Unless some of these candidates drop out of the race, there will be at least ten legitimate candidates on the ballot in the early primary states, and perhaps quite a few more than that.

In previous primary campaign seasons, fundraising has been an early test for candidates helping to weed out those with no real shot. However, in the new fundraising environment where one super wealthy donor can make a candidate viable, money is no longer effectively the first primary. Therefore, all of these candidates, and perhaps more, have a good chance of making it at least through most of the early primaries.

Republican officials have already expressed concern about how to structure debates, given the size of the candidate field and they are right to be concerned. However, the debates are the least of the Republicans’ problems. The more general questions of how to conduct an election that meaningfully translates voter preferences into delegates and an eventual nominee, and the need to avoid nominating a candidate with a narrow base of strong support, but who is otherwise not popular within the Republican Party, are critical for the GOP.

In early primary and caucus states, such as Iowa and New Hampshire, there could well be ten or more Republican candidates on the ballot. Voters in these states will be asked to choose only one candidate. This is the voting system used in most American elections. It works well when there are two or even three candidates, but with many, many aspirants, it can lead to puzzling outcomes. For instance, a candidate can win a state with as little as 15 percent of the vote. More importantly, that winning candidate could be broadly disliked by Republican voters. Therefore, this system helps candidates with a narrow base of support—for example Mr. Huckabee (evangelicals) or Mr. Paul (libertarians), rather than those like Mr. Bush, Mr. Walker or Mr. Rubio. Nominating a candidate with relatively low negatives and a potentially broad appeal is essential to winning the general election, but the crowded primary field and current voting system, will make this difficult for the Republican Party.

The current voting system makes it very likely that minor candidates can win the first few states. If Governor Huckabee edges out Governor Walker in Iowa while Senator Paul beats Governor Bush in New Hampshire, those two Republican front-runners will will be portrayed by the media as being unable to win, despite perhaps narrow defeats at the hands of unelectable candidates.

Because the early primaries award delegates on a proportional basis, it is possible that many candidates will win some delegates in a few of the first primaries, thus creating little incentive to leave the race. Some Republican primaries beginning in mid-March, most notably Florida, will be winner take all, but even this does not guarantee a clear frontrunner or a nominee with whom most of the party can live. With so many candidates in the race, most candidates believe they can win at least some states with 15-20 percent of the vote and see that as a realistic goal and reason to stay in the race after a few early setbacks.

For the Republicans, the worst scenario is not a long drawn out primary, but a primary where people like Mike Huckabee or Ted Cruz, who would be week general election candidates, either win a few early primaries or take votes away from stronger, more electable candidates. Drawn out primaries are bad, but losing 40 states, as Mike Huckabee probably would, in a general election is worse.

It is obviously too late for the Republican Party to introduce alternate voting systems like rank order voting that would make it harder for candidates who are very unpopular outside of their base to win. That would require explaining a new and complicated electoral system to voters, candidates and the media. Such a shift would draw charges that the Party was trying to change the rules to help candidates backed by the Republican establishment.

The Republican Party, therefore, is stuck with a crowded and unpredictable, but highly entertaining, primary field. They are also stuck with a voting system that is not designed for a race with so many candidates and will work against precisely those candidates who would be the strongest opponents against Hillary Clinton in November of 2016. 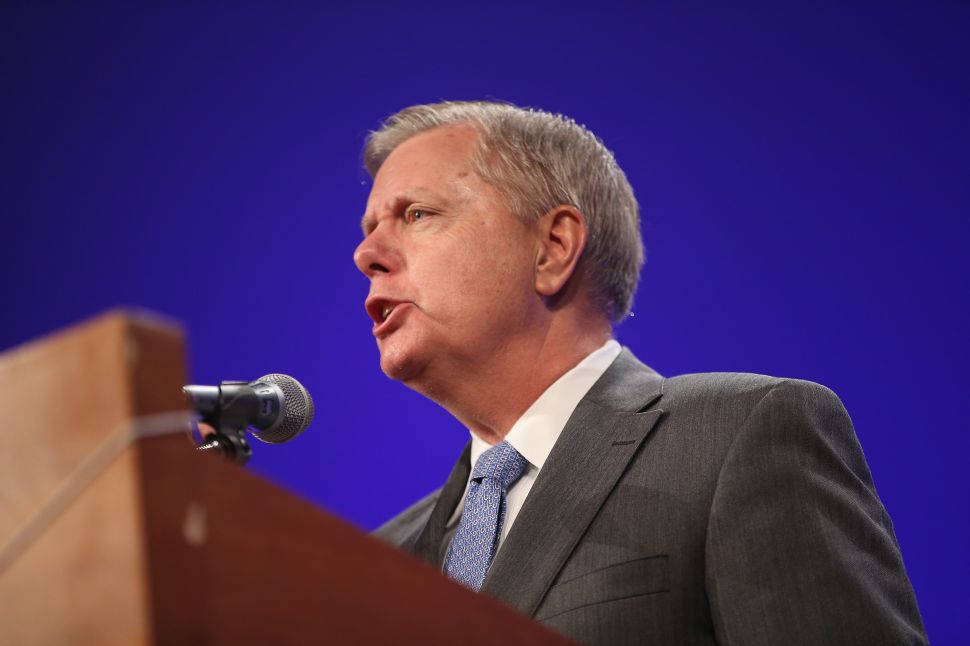