Memorial Day was first observed in 1868 as a way to remember those who died while serving in our nation’s armed services. News segments and documentaries recognizing those who made the ultimate sacrifice pepper the television networks, but are little watched as people enjoy the three-day holiday.

In the city, young men and women in their summer-white Navy uniforms—along with a handful of Marines deployed on the amphibious ship San Antonio—stroll the streets during Fleet Week. New Yorkers happily give them directions and occasionally thank them for their service. But their presence here on this solemn occasion belies an unpleasant truth: we may be reluctant to send them yet again into the Middle East, but we will probably do so. And sadly—irresponsibly—we will do so without adequate resources.

The Obama administration’s decisions to withdraw from Iraq and scale back our involvement in Afghanistan have been accompanied by the size and funding of our armed forces. Our Navy, with just 272 ships, is the smallest it has been since 1916. In February of this year, we had 294 ships, and the number of decommissionings is outpacing our shipbuilding program.

The Army, Air Force and Marine Corps are faring no better. Our troop levels are the lowest since 1940. The Air Force is the smallest since its creation and is flying airplanes with an average age older than the pilots who fly them. Even more significantly, sequestration has not only reduced defense-spending levels, but the cutbacks have disproportionally affected training.

Army Chief of Staff General Ray Odierno has said that the Army has had to cancel so much training that only two of 42 combat brigades were ready for combat. Similarly, Air Force Secretary Deborah Lee James testified that the service “had to stand down a lot of units that didn’t have the opportunity to practice and fly, hone their skills.”

The reporting and images in the media this past month conveyed a distressing picture: ISIS continued its advance; Iran took one merchant vessel hostage and fired shots at another; armed conflict with Boko Haram escalated; and tensions in the Ukraine increased. As General Odierno said to members of Congress, “I’m not seeing, in ’16, peace breaking out all over the world.”

The likelihood that our sons and daughters will again be sent into harm’s way is becoming ever more apparent. On this solemn Memorial Day, the very least we can do is promise them that we will adequately and properly support them. 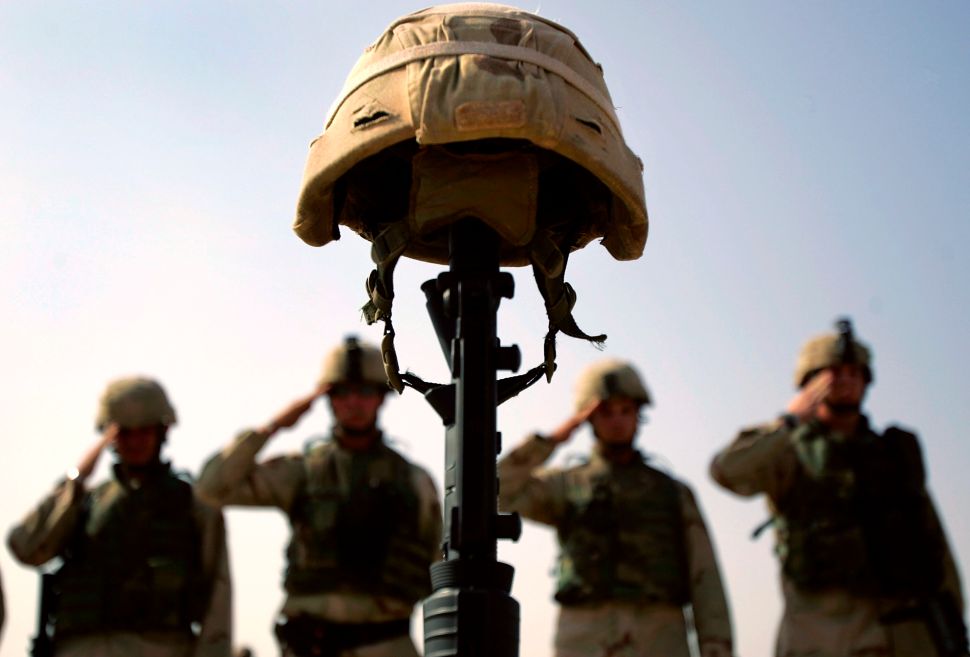