Whenever a disaster strikes and a large number of people are affected, the first thought of any compassionate person is empathy for the people involved twinned with the hope that that number doesn’t include anyone close to oneself. Last night’s Amtrak derailment, which took the lives of at least six, hit home here at the Observer.

Senior politics reporter Jill Jorgensen had traveled to Washington to cover Mayor de Blasio’s appearance there with Sen. Elizabeth Warren. On her way home last night, Jill was sitting in the quiet car, and anyone who knows how hard-working and competitive Jill is can rest assured she was quietly pecking out a story trying to beat her Room 9 rivals, several of whom had also traveled to Washington to cover the mayor.

In an instant, everything changed. Jill was thrown across the car, which itself was mangled. She was injured, and she was disoriented. Her laptop, purse, wallet, recorder … everything was God knows where.

The next few days will involve sorting out how this accident occurred. We in the Northeast who rely on trains have become alarmingly numb to how frequently there are fatal disasters on our rails. Whether this was negligence, malfunction, or God forbid, something even worse, we just don’t know. But when a teammate, someone who always literally goes the extra mile to bring her readers the story, finds herself in the hospital far from home, we are instantly reminded of the human faces behind those statistics.

As with many disaster stories, there tends to be redeeming glimpses of humanity. We are hearing tales of a 20-year-old man who went back into the wreckage several times looking to help people. In our case, one nice thing that happened is the way Jill’s fellow Room 9 reporters, several of them rattled as they checked on each other and all of them just as competitive as she is, rallied to today’s town square—Twitter—to express their concern and love for Jill.

The Observer joins all of Jill’s readers and her family in wishing her a speedy recovery. 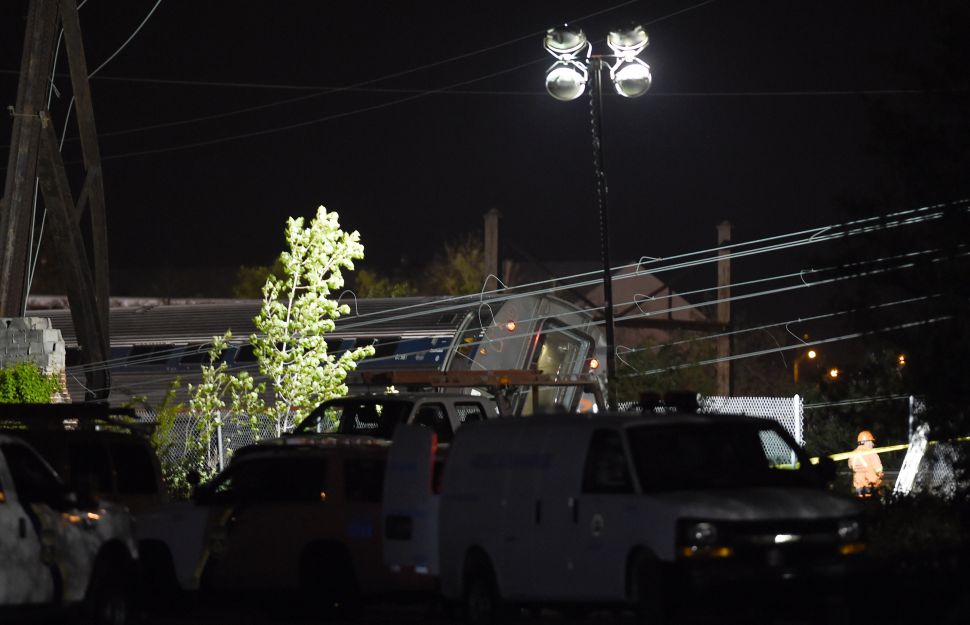