“I definitely miss some days here and there, it’s definitely work,” says Jim James from his home in Louisville, Ky. The My Morning Jacket frontman is speaking about his daily, or thereabouts, meditation sessions. “It’s like practicing piano everyday. Some days you enjoy it, other days you have to work harder at it.”

If a long-haired man who wields a guitar practicing meditation sounds like a throwback to the peace and love 1960s, then that’s the second obvious connection between James and hippie rock. The first is the band’s sound of rootsy heartland rock spiked with soulful gospel. My Morning Jacket’s new album, The Waterfall, was born out of a reunion of sorts. Following a lengthy tour behind 2011’s Circuital, the 16-year-old band took time off. James put out a solo album, Regions of Light and Sound of God, in 2013. But the break wasn’t any writing on the wall; after all, around 2009 James joined Conor Oberst and M. Ward in the ironically titled Monsters of Folk. Anyway, if the time apart was well spent, reuniting at a studio overlooking the ocean at Stinson Beach in Northern California proved heaven sent.

It sounds like the recording process for The Waterfall was idyllic.

It really was a beautiful experience to have our own little universe out there. It was like floating in space for a couple of months, just playing music and experiencing nature. It’s a really beautiful place. [This guy built the studio in] this old weird house that sits on the side of the hill. The coolest thing he did was to take out two walls and put in windows. You can just stand there looking at the ocean while you’re playing. I’d never done that before and it was so inspiring. Studios are usually pretty dark places. That was a special way to make a record.

Did it put you in a zone?

We were definitely in a zone. You remove all the normal day-to-day concerns and focus on just playing. We rented a house on the beach, and walked a mile and a half to the studio. I kind of got quite hypnotized by the ocean. I grew up along the Ohio River, so it’s always been a thing for me to be at the river, for fun or times of trouble. Last night, we went and ate dinner and stared at the river for a couple of hours. The ocean seems to stretch to what you think infinity is. It seems it never ends. Staring at it and seeing nothing but the horizon, it’s different to what we see in the city and our daily life.

According to many experts, the ocean will be dead in our lifetime.

It is so true. It’s horrible we’ve gotten to that point. All we can do is… try. There are a lot of people who care about what happens to the planet and what happens to the . But at the end of the day it all comes back around to greed. How greedy are people willing to be and I guess the answer is really greedy. Greedy enough to destroy everything. That’s the real sad thing about it. People can’t see that they won’t have anything to hold onto, because they won’t have anywhere to live.

The album isn’t you just singing about the ocean and nature, of course. These are people-oriented songs.

I had most of the songs written before we went. I really believe in the spirit of the place getting into the songs. So there’s two places in these songs: I live in Louisville, and that’s where my life has taken place, and that’s where the seeds of the songs usually come from. But then, taking those seeds and spreading them on Stinson Beach and getting a whole different feeling from that, it’s been a really cool experience.

How did your 2013 solo album come about?

I really like playing music by myself and I’ve got a studio at home. That’s what My Morning Jacket has always been: I write and then take it to the band, and we figure it out. But I really love playing everything under the sun I can get my hands on, and I don’t really have a reason to do that in My Morning jacket. It’s a way for me to play keyboards, and play drums, and play bass. It’s a way for me to be more than the architect.

After 16 years of leading My Morning Jacket, is stepping away from the band format now and again reinvigorating?

It really is, I’ve always tried to make sure everyone does what they want to do, including myself. I’ve done various side projects and solo records. Music should be free, kind of like an open relationship romantically—ah, I don’t know if I could handle that, but I look at it like musically one should be able to handle that. Bringing that experience back to this band has saved this band’s life time and time again. This band could have felt old or boring, it’s important to change things.

My Morning Jacket plays the Governors Ball Music Festival, June 5. The Waterfall is out now on ATO/Capitol Records. 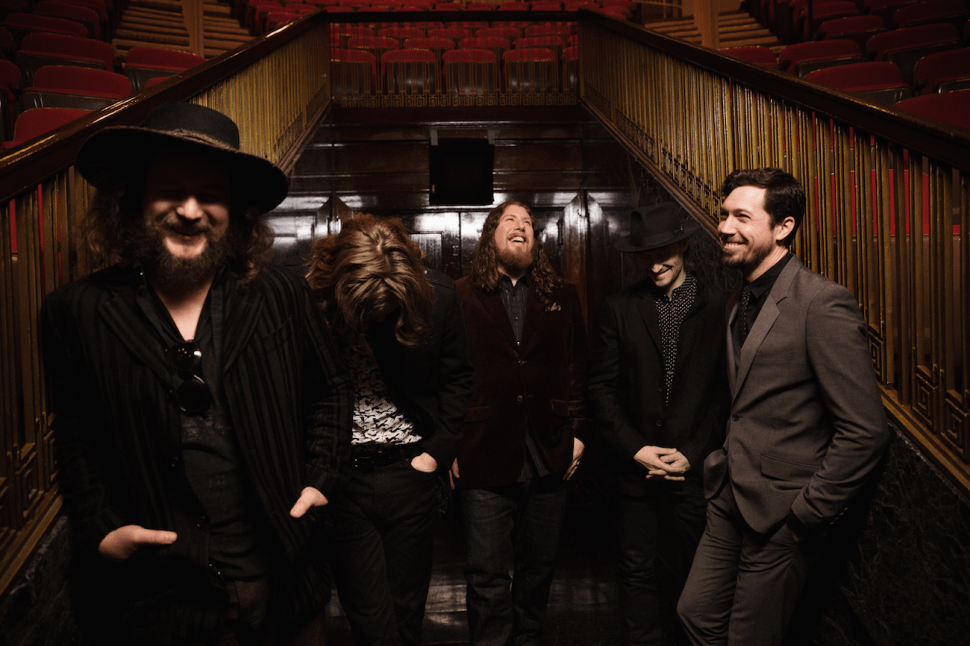