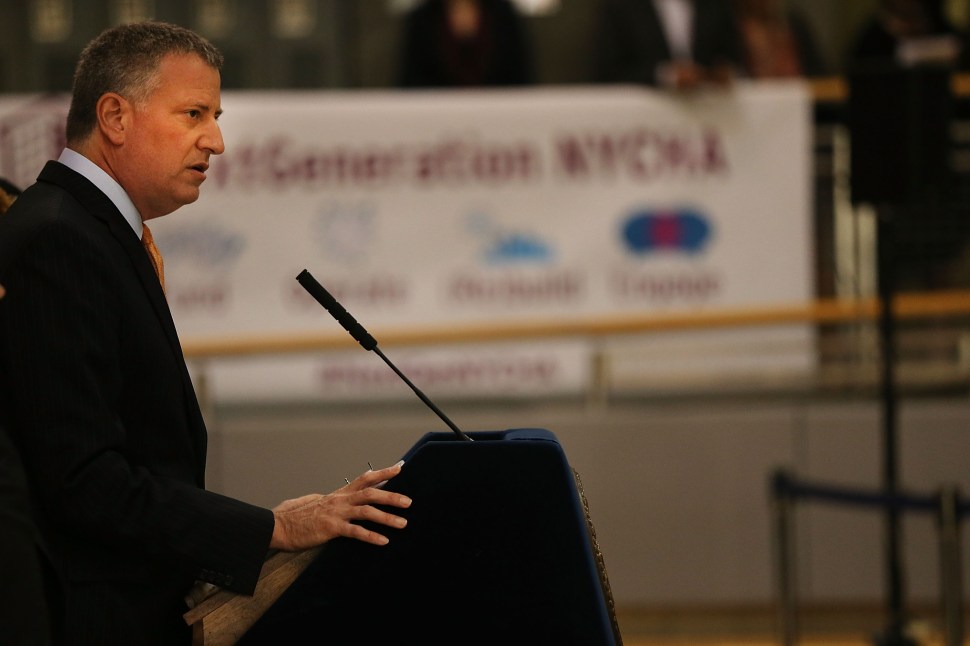 Welcome home. We hope your travels were productive, inspiring, and of some benefit to New Yorkers. It is important to raise awareness for the issues you care about and they are meaningful issues. But we need you to lead our city and these are the things we need you to address. It is time to get down to the business of managing New York; that is what you were elected to do. Let’s put politics and rhetoric aside and let’s see some action.

Over the last few months, a critical and disturbing truth has emerged: people feel less safe in New York. Sadly, this perception is based on fact: murder is up citywide, rape is on the increase in too many neighborhoods, and attacks against police officers fuel the sense that no one is safe. Overall crime is down a bit, but that misses the point: when it comes to public safety, perception can be as important as fact.

The biggest cause of this perception is that the police don’t feel like you value them and will defend them from unjust accusations. The politics of the stop-and-frisk debate might have made many New Yorkers feel represented, but it left the police feeling unappreciated and unfairly blamed. We are now left with a situation in which the best police force in the world is demoralized and scared to do its job. You should work on trying to reinforce in their training the principles of fairness and eliminating racial tension, but you must let the police do their job without fear of being ostracized.

This perception problem is serious, and it has both immediate and long-term implications. Every life needlessly lost is a human tragedy that stays with the affected families long after the initial shock and grief. Each murder also robs a bit of our collective soul and erodes our reservoir of resilience. Out-of-town parents will slow the flow of students coming here and tourists will crowd our streets just a bit less if even the perception of safety plummets.

Then there’s the economic impact. Companies, and the jobs they bring, don’t have to locate here. They choose to. Ignore public safety, impose bureaucratic hurdles, and use the licensing and regulatory agencies under your control as revenue generators—an oft-heard complaint—and you will see businesses fleeing to more welcoming locales. The digital economy and the global marketplace give entrepreneurs many more choices. Please do not take them for granted.

While you were away touting your progressive agenda, several other problems emerged. City Comptroller Scott Stringer released an audit saying the New York City Housing Authority has completely inadequate controls to protect or track critical supplies and assets worth $100 million. Which brings us to housing.

We applaud your goal of 80,000 new units of affordable housing. We don’t disagree with the concept of linking tax breaks to the inclusion of affordable units within market-rate developments. But what are the odds that we actually get there? So far, there is no indication that anything in the city is moving more smoothly. In fact, it is not and the shake-up at the Department of Buildings has resulted in massive delays across the city. We remind you of the aphorism that you catch more flies with honey than vinegar. You would be far more likely to achieve your objective with flexible incentives—and less bureaucracy—than with coercion. Please recognize that wealthy developers have a choice about where to invest their money. By coupling your bully pulpit to bullying behavior you will see capital flee the city.

Speaking of choices, parents throughout the city have been suffering through the anxiety of where their children will be attending school in the fall. Far too many are frustrated with the process and even unhappier with the result. Let’s be frank: there are too few excellent public schools in New York. And the process of improving them is long and difficult.

You didn’t create this problem, but you are exacerbating it.

You have made excellent progress on several fronts. We love universal pre-kindergarten and think that the same principles that justify it demand that we hold our schools accountable. Giving back hard-fought concessions of the Bloomberg years like accountability and extra time in exchange for nothing is not a promising start. In fact, your insistence on aligning yourself with the teachers union’s opposition to charter schools may be the most damaging action you have taken as mayor. Please look at the evidence; it is overwhelming: charter schools work. Parents want better schools and more choices for their kids. That is not a request of the 1 percent—it is the dream of every parent.

We are not saying (yet) that parents should be given vouchers that would enable their children to attend any public, private, or parochial school. But we are saying: be a real leader. Tell your most generous campaign supporters, “Enough. It is time to recognize the facts and change course. The only way poor children will have a real path to the middle class and beyond is through better education. And the system we have today simply is not working. Only 64 percent of our kids graduate high school in four years and only 38 percent are considered college ready. That is not good enough.”

Teachers do God’s work; their union is mired in old-fashioned protectionism that is hurting the families you most want to help. Please, Mr. Mayor, be bold.

You are a mayor of the people, in word and deed. That’s laudable. Next time you are in the subway, take a look around. Mr. Stringer’s other audit last week confirmed what many of us already knew: the subways are filthy and delays are rampant. This week, Channel 2 News showed a viral video that featured vandals sneaking onto a stored train to deface it, dragging us back to a look many New Yorkers know only from Saturday Night Fever and The Warriors (the iPhoned hooligans also beat someone up for good measure). Last week, a 16-year-old boy was beaten unconscious, robbed, and stripped of his pants on the L train at 3:30 in the afternoon—the kind of unsettling crime that makes everyone a tad warier of going about their business.

Then take a walk; try East 14th Street, or lower Broadway right near City Hall, and see if you aren’t shocked by the number of people begging on the sidewalks. In February, your administration saw a 10 percent increase in the number of homeless over your first year in office and attempted to shelter 59,000 people—a record high.

Mr. Mayor, New York is still a remarkable city. The most remarkable. But it is starting to fray at the edges.

Just across the river stands a cautionary tale. Chris Christie began his governorship with big bi-partisan wins on issues long thought unsolvable. And then he caught a whiff of national popularity. Progress in New Jersey seemed to stop overnight. He stopped risking political capital on things that might hurt his national profile. Instead, he has entered a strange period of torpidity, in which the only thing dropping faster than the state’s credit rating is Mr. Christie’s standing in presidential polls.

Our city needs a big vision for how to stay ahead of the growing demand that we are placing on an aging infrastructure. We need further economic diversification. We need grand plans and bold vision in every aspect of city life. It’s a hard job. But you are aided by 8 million amazing people who love this city and want it to thrive, whether or not they supported your campaign or align with your ideology.

If you want to be a national progressive leader, you should keep talking. But you also need to start doing. Prove that you’re not just a progressive, but a leader. 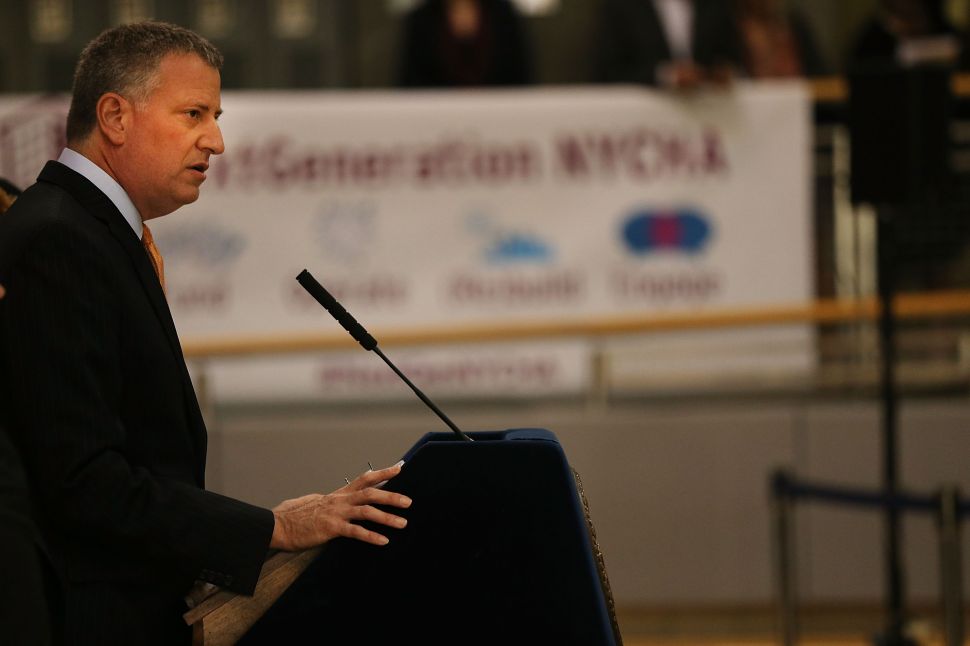