Actor/author/musician/cool dad archetype David Duchovny set the excitement wheel into overdrive yesterday when he told Entertainment Weekly that the first page of the X-Files revival script made him cry. Now, besides the fact that Mr. Duchovny just sort of seems like the kind of dude who would at least tear up over a particularly beautiful cloud formation, that is an exciting statement. Exciting, despite Mr. Duchovny going on to kill all of the buzzes by saying “It had nothing to do with the script itself.” Thanks, Dave. But still! The X-Files is actually happening!

The problem is, despite my thrice daily listening to Smash Mouth’s “All-Star,” the 90’s were a long time ago. We have different problems now, even of the paranormal variety. When was the last time anyone even claimed to be abducted by aliens?

A lot of cases in the X-Files cabinet have piled up since 2002, and they’re a little different than the ones Agents Fox Mulder and Dana Scully are used to. Here’s some possible mysteries to crack for their new six-episode season, updated for 2015:

– Slender Man. How can they not do Slender Man? I’m surprised they didn’t do something similar in the original run. I guess the Smoking Man wore a suit and like, just stood there. But no. Slender Man. That tall bastard has ingrained himself into pop culture more than any other Internet creepypasta in years. Have you played Slender: The Eight Pages? I have. I’m still afraid of the woods. And notes. And flashlights. And my friend Bill, who is especially slender. This would make a great one-off episode.

– Online dating. Is there a phenomenon more vexing these days than the countless ways to date online?

Agent Mulder stares at his iPhone. Zoom in on the Tinder app. The girl, a pretty blonde, claims in her profile to be 18 years old. “I want to believe,” Mulder whispers.

– Or, what about an ominously titled episode simply called “The Voice,” in which Mulder and Scully dive deep into a web of intrigue, lies, deception and violence to crack the code of the last relevant thing a winner of The Voice has ever done.

– “I’ve never seen anything like this. The reaction…it’s so vile. It’s disgusting. It’s…pure pandemonium,” Scully says, after some blog finds an offensive Tweet someone wrote like, seven years ago.

– Mulder and Scully spend an entire episode looking for evidence of a reported alien activity, until they finally ask a fifteen year old who has 16 pictures of it on his iPhone, each with a different filter.

– Season finale: Agents Mulder and Scully stumble through a mysterious area. It looks desolate, yet futuristic. A foul-smelling smoke hangs in the air. From off in the distance, there’s a faint sound of drums. It could be music, but it mostly just sounds like noise. “What is this place?” Scully asks. Mulder, for once, doesn’t have an answer. Suddenly, from the brush, a monstrous form appears. It’s covered in grotesque tattoos, and its ears hang low. Mulder and Scully both open fire but the thing does not die, only crawls back to where it came from. They pursue, only to come before a giant sign.

It reads, simply: “Welcome to Bushwick.” 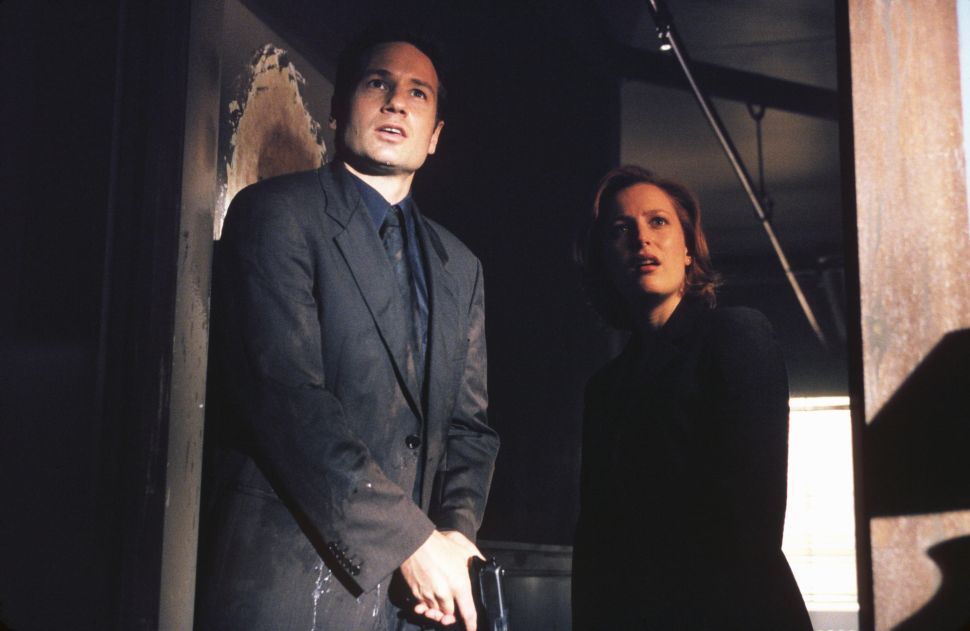