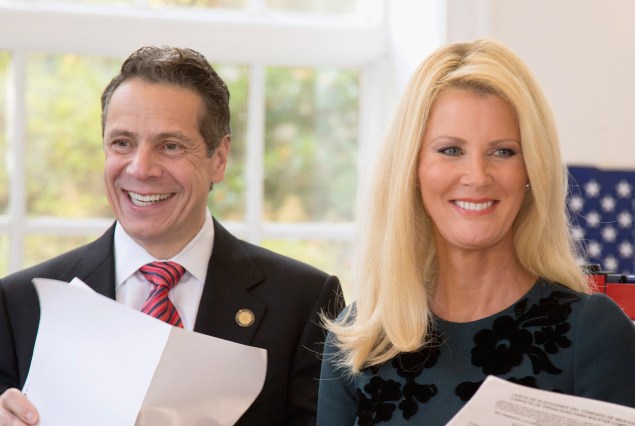 Gov. Andrew Cuomo said he was “devastated” today upon learning that his live-in girlfriend, celebrity chef Sandra Lee, was diagnosed with breast cancer, and indicated he would take a break from public life while his 10-year partner receives treatment.

Hours after Ms. Lee revealed her condition in a pre-taped interview on Good Morning America, Mr. Cuomo shared his feelings through a statement to the press.

“A few weeks ago we received terrible news. Sandy shared with me that she was diagnosed with breast cancer. I was devastated,” he said, praising Ms. Lee for her resiliency in coping with the news and for revealing her illness to the public. “She never ceases to amaze me.”

The governor gave an overview of the steps he had taken with his partner, who he began dating in 2005 and with whom he shares a home in Westchester County.

“After the news what followed was a blizzard of doctors visits, tests and discussions of treatment options,” he said, noting that the 48-year-old Ms. Lee caught the cancer early and has no history of cancer in her family. “She has been diligent about going for check-ups and thankfully this was detected in the early stages.”

Mr. Cuomo said he would likely be absent from normal gubernatorial activities for an undefined period going forward.

“A situation like this quickly puts life in the proper perspective and reminds one of what’s truly important. To that end, I expect to take some personal time because I want to be with Sandy to support her in any way I can as she handles the trauma of her operation and the pain of the recovery,” he said

“With heartfelt gratitude for your kind wishes and support, Sandy and I hope and pray to bring you good news of her strong recovery soon,” he continued. 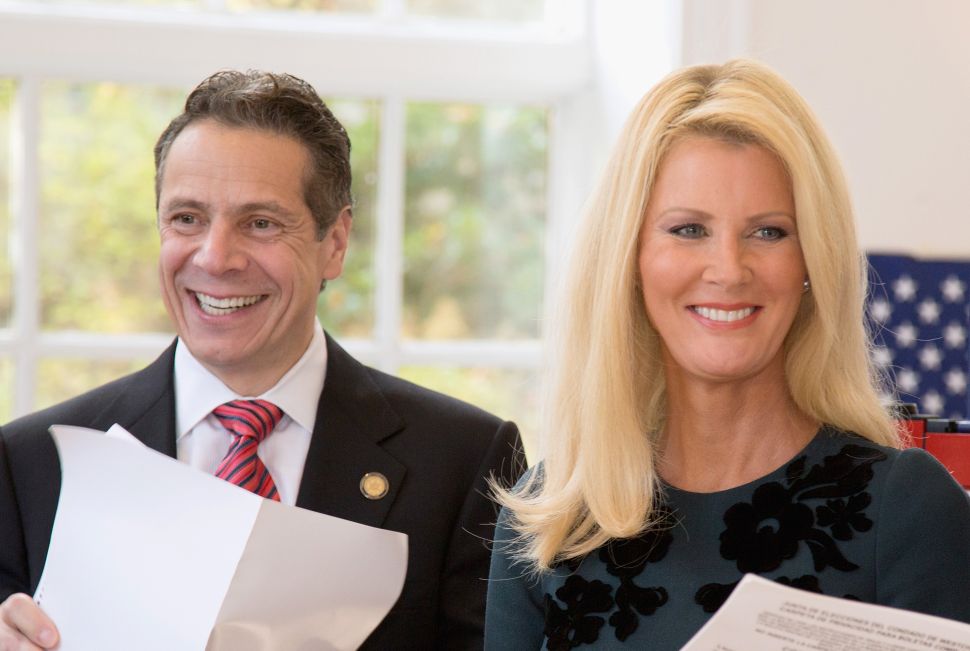