It is said by its own alumni that you never leave Parsons, and as the night carried on, that seemed to be the case. The school, recognized by most as a breeding grown for the brightest talents in American fashion, staged a benefit dinner and runway show last night at The Javits Center. The venue’s River Pavilion had been reworked into a runway space set to stage the looks of a handful of graduating Parsons students, though in true fashion form, the show started 45 minutes late. Luckily, Anna Wintour stuck around through the show, as she was later tasked with introducing the evening’s honoree, Marc Jacobs

“We know from a recent interview, Marc has zero interest in computers, and finds social media appalling. Although, he did cave in and join Instagram last month, gaining 50,000 followers in just 24 hours, proving that people will follow Marc anywhere,” Ms. Wintour said as her signature bob covered her eyes during her opening remarks. “Beside his obviously amazing talent, he moves in a world where there is a lot of height and a lot of superficiality, but his feet always remain firmly on the ground. Despite the tattoos, the kilts, the daring photographs, Marc is an intellectual.”

Marc then took the stage to pay homage to those who paved the way for him, including business partner, Robert Duffy, and his alma mater. “When I was fifteen years old, that was thirty seven years ago, I had the good fortune of meeting and asking Perry Ellis what he would advise a young guy, that was me back then, who dreamt of becoming a fashion designer. He, without hesitation, replied, ‘Go to Parsons.’ My mind was made up from that very moment. On completing my years at The High School of Art and Design, I was cautioned by my guidance counselor about the exclusivity of the Parsons program, how small the classes were at the time, and how difficult it could be to get accepted. This guidance counselor suggested I have a plan B, an alternative school. I, without hesitation, said, ‘No plan B, I will go to Parsons, or I will go work in a video store!'” 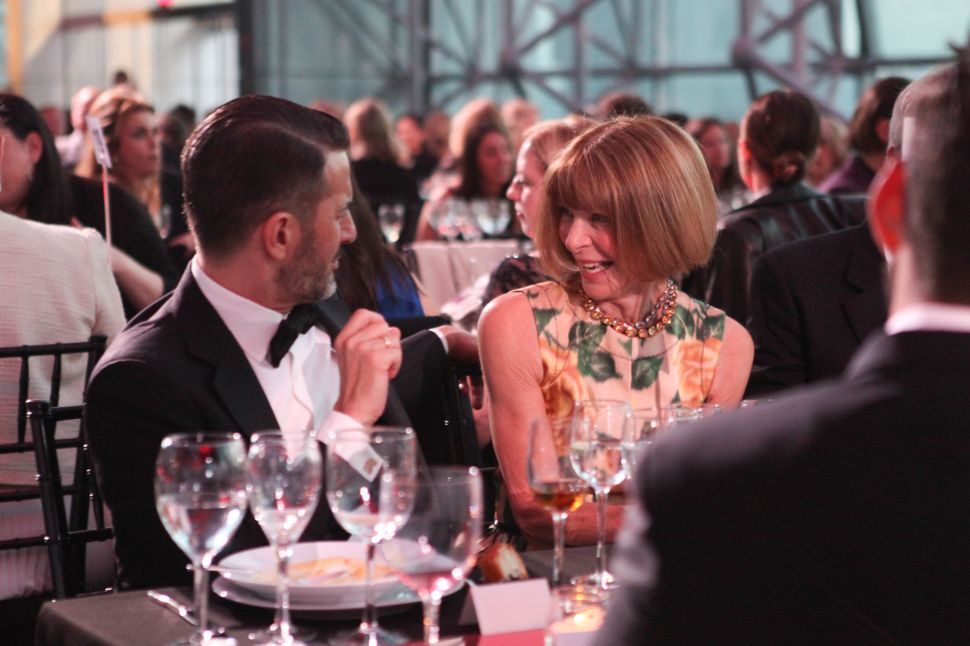