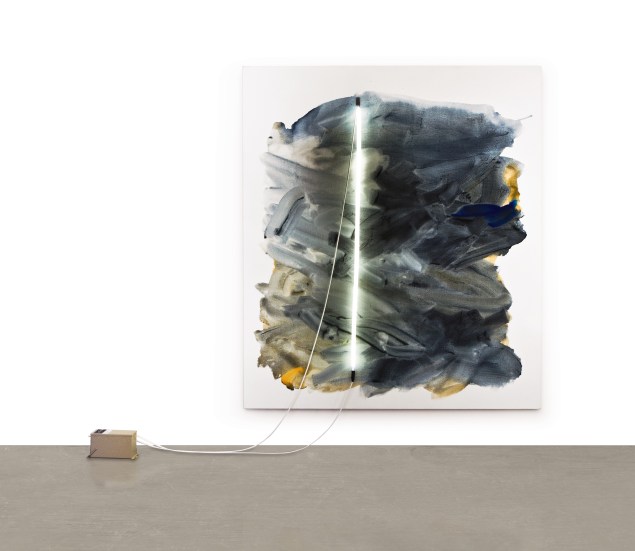 You might think it’s a dream come true for artists to have their work appear at auction, the world’s richest moguls, all frantically trying to spot the next Damien Hirst cheap, crowding around for a closer look. But, ironically, most artists (as well as the dealers who care for them like pet hamsters) do not have a favorable view of being at auction. Far from it.

Think about it: Aside from the fact that someone is parting with your art on purpose, there is the fact that the sale could hurt your standing amongst collectors. Maybe the art won’t sell (making for a very pubic embarrassment). Maybe it brings a high price that tempts other collectors to sell more of your work. (Known lately as the Murillo effect, after the 29-year-old Brit artist who soared so high sellers parted with $1,000,000 worth of his work in a single auction week.) When the market is flooded with work that perhaps six months ago was “impossible” to get, people tend to run the other way—fast. You can see why a newly minted artist would be ambivalent, at best, about this process. 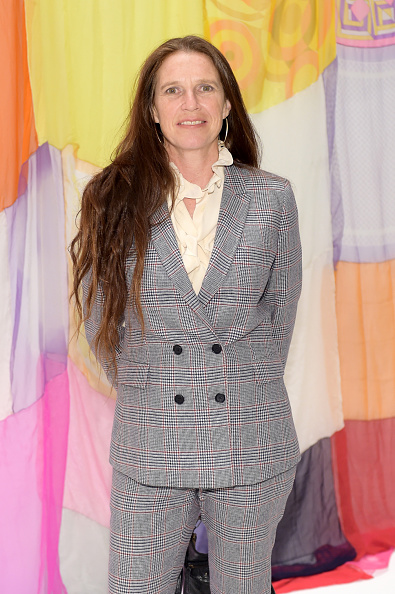 “It can be a curse when artists appear early in their career at auction with high prices. This increases expectations and pressures that they cannot always cope with,” said prominent art consultant Said H. Hosseini, director of SHH Fine Arts in Berlin.

Next week, a cache of freshly minted artists is set to debut at auctions in New York. Great word of mouth, having a timely style, and of course substantial gallery sales are all reasons why an artist might matriculate to the auctions—but once they arrive, it’s a whole new ball game.

Consider Scottish-born painter Peter Doig. His first sale at auction was in 1998, a work on paper that brought $3,622. Two years later, a Doig painting sold for $156,500 at Phillips, which specializes in emerging Contemporary art. In the meantime, collectors like Charles Saatchi, software developer Peter Norton and the Rubells were adding his cinematic, mystical paintings. In 2007, in a bidding war, a Doig sold for $11.3 million at Sotheby’s. Today, 17 years after his first auction appearance, his record stands at $18.1 million. It’s an extreme example, but you never know when it might happen again. 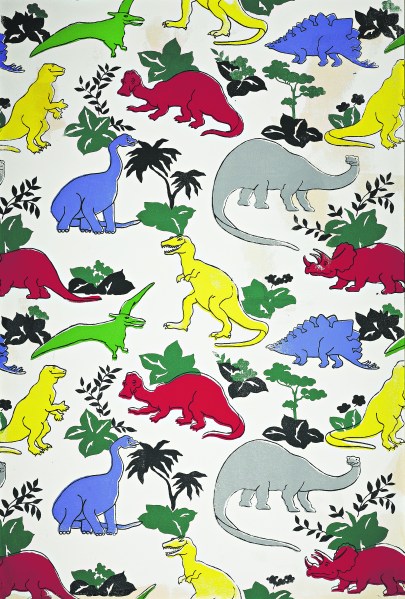 Untitled (2014), by Zachary Armstrong; a work based on his childhood bedsheets. Suggested bidding stars at $10,000. (Courtesy Sotheby’s)

Or do you? Los Angeles artist Math Bass’ debut painting at auction at Christie’s this March climbed above estimate to sell for $17,500. Did the buyer know Ms. Bass was getting a solo show at MoMA PS 1 this month? Perhaps.

Certain savvy artists like Dan Colen have been able to play the auction market to their advantage through amiable contact with the houses and close observation of what gets released from the studio. Mega-galleries like Gagosian are able to work in tandem with the auction houses because they can afford to keep an artist’s prices afloat (in other words, bid on them themselves). But many galleries view the auction houses as Satan incarnate: stealing customers, playing with prices and basically just treating the artist like a big ‘ol side of beef. Dealer Andrea Rosen, in a 2008 MoMA talk, famously said, “Auction houses are interested in creating markets for themselves—not for artists.”

A Christie’s Contemporary art specialist disagrees: “The inclusion of someone’s work at auction could be seen as a seal of approval,” said Ed Tang, via email. Debuting artists “benefit from the auction houses’ global marketing, catalogue, website, and have their work exhibited next to major artists.” How do these newbies get picked? “Specialists will consider a number of factors before offering a young artist’s work at auction: Are they represented by a gallery? Have they participated in relevant exhibitions and fairs locally and internationally? Do they have a solid following? Is there demand for their work from a range of collectors? What are their upcoming projects?” 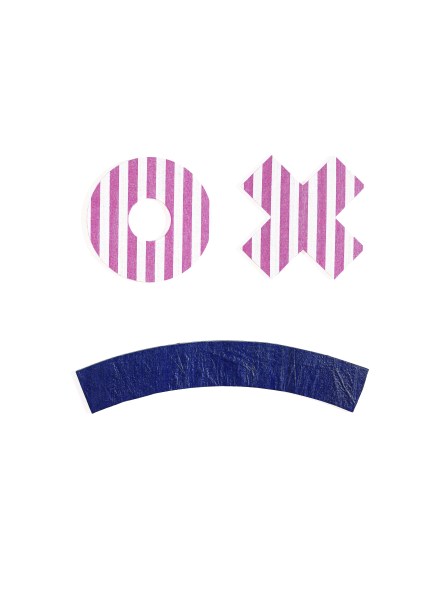 Sotheby’s has three newbies joining their “on the block” club the week of May 10. Mary Weatherford (who we profiled here during Armory Week), Zachary Armstrong and Grear Patterson. Ms. Weatherford, born in 1963, is a veteran artist who has been making museum-worthy art since the other two were in short pants. One of the breakout stars of MoMA’s recent “The Forever Now: Contemporary Painting in an Atemporal World” show, her 2012 piece Varick Street is on the block May 13 with suggested bids starting at $90,000. Much cheaper are the first-timer Patterson and Armstrong works, both dating from 2014 (suggested bidding starts at $25,000 and $10,000, respectively). It’s a gamble: the two very young artists barely have a showing record.

But, interestingly enough, both have been heavily backed by Los Angeles-based consultant Stefan Simchowitz, who is known for hyper-charging the careers of young artists. It’s a thrill for young artists to go from being unknown to adored practically overnight, but often the fallout from a lightning-fast rise is a greater susceptibility to changes in fashion. 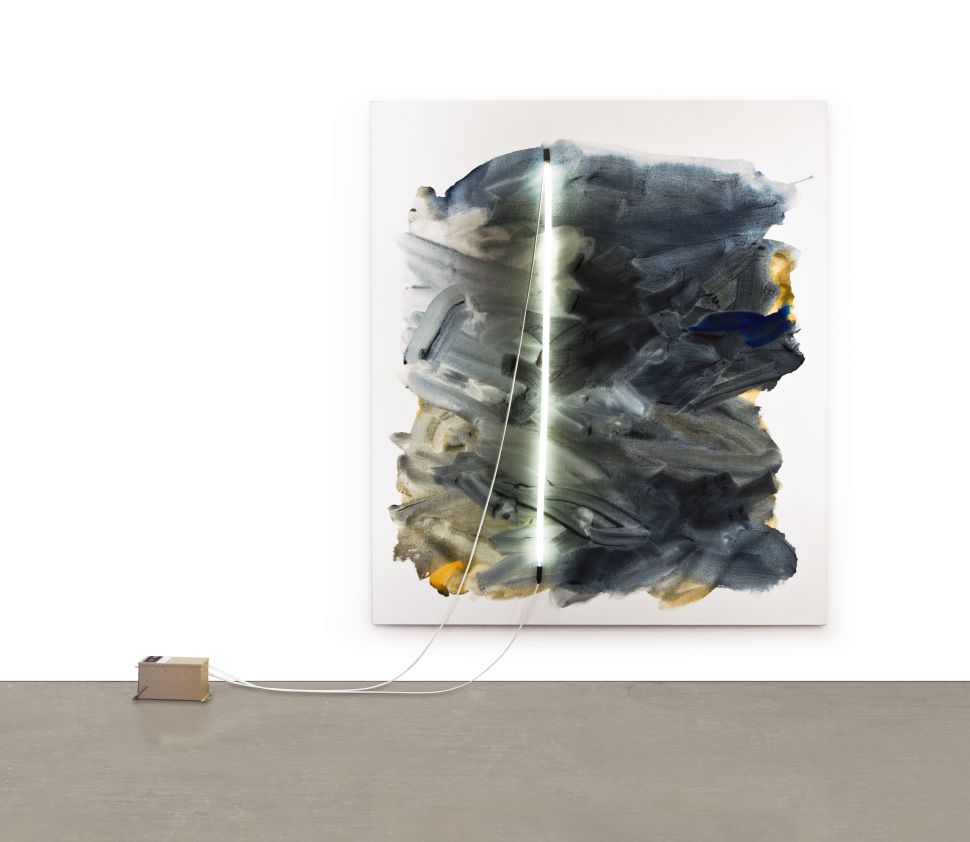