A can of worms — amid the waning hours of a heated GOP primary over two council seats in the twon — just opened up at the Municipal Utilities Authority in Old Bridge.

In a press release obtained by PolitickerNJ yesterday, Old Bridge mayor Owen Henry announced that he was calling for a “formal state investigation” into operations at the OBMUA, an autonomous agency that manages sewer and control in the Middlesex County town. The entity serves routinely as a target for accusations of cronyism and nepotism and a lack of oversight among officials in the town, but it’s more recently become one of the main flash-points this year between city council candidates vying in a contentious GOP primary set to climax on Tuesday.

Henry, who is supporting two of the incumbent councilman in the race against a third incumbent councilwoman and a former party chairwoman newcomer this year, honed in on many of those complaints in his call for a deeper look into the agency. He pointed to several recent instances of impropriety and corruption at the authority — including a major painting contract that was recently awarded to a contractor whose fees were $400,000 higher than the lowest bidder — and blasted what he called the “self-serving and unethical behavior” that have “plagued” the town.

“I ran for mayor in 2011 on the promise that, among other things like eliminating ‘one shot’ revenues and stabilizing the municipal tax rate, I would work to end the type of self-serving and unethical behavior that plagued the township, and the OBMUA, under the previous administration,” Henry said. “The OBMUA has some of the highest and sewer rates in the region and has done nothing to control costs or improve the level of services for our community’s future.”

“It also continues to be a patronage mill for the politically connected in both parties — it has to end,” he added.

According to officials, controversy over the MUA lies at the heart of the council primary race, where incumbent councilmen Brian Cahill and Jim Anderson are running opposite of an unofficial alliance between incumbent councilwoman Debbie Walker and newcomer Anita Greenberg, who left her post as party chairwoman to run for council this year. The four-way battle over two seats has rifted the otherwise unified party, and was arguably exacerbated by the county’s decision to refuse Walker — and gave Cahill — the line at a spirited committee screening back in March.

At the screening, Walker garnered a majority of votes, but a last-minute intervention by Middlesex County Chairman Sam Thompson saw Cahill substituted for Walker in an effort to “strengthen” the party’s ticket ahead of a November general. The move compelled Greeneberg, though she is technically running on that ticket as well, to reject the county’s decision and campaign alongside Walker.

PolitickerNJ reported on that story earlier this month, but in the ensuing weeks more has emerged about the race and the motivation behind Thompson’s decision. Observers say the dispute can ultimately be traced back to problems at the MUA, whose commissioners are appointed by the town’s council members to oversee the agency’s budgets, expenditures and improvements — but specifically in a refusal by Cahill to allow the re-appointment of a local Democrat to the agency, despite his appointment being support by Greenberg herself, in 2013.

Cahill told PolitickerNJ that he believes the screening, as a result of his opposition to the Democrat’s appointment, was skewed by Greenberg to get him to lose his spot on the ticket.

“This all goes down to the fact that I told Anita Greenberg no, that I wasn’t going to do what she wanted me to do. I thought it was wrong, even though she was very demanding,” Cahill said, noting that the local Democrat, Tom Galante, is running for councilman-at-large this year. “And by the way, she made this request not only of me, but of Dr. Anderson, of Alan Rosencranz, and then she tried to get the mayor to convince us. And what lit the fuse, because I didn’t want to let this guy get the position, I went and put my own name in.”

Naturally, Anderson too believes that the whole controversy comes down to his and Cahill’s opposition to the MUA’s practices. He said that he has done his own research into the corruption going on there, and tried to get on the commission himself before Cahill was appointed. He also suggested that it’s Greenberg’s goal to get one of them off the ticket in order to maintain the council’s support of the agency’s status quo.

“They’re trying to make it into a popularity contest,” he said of the primary race. “Because you have to understand, Anita was the former Republican chair. She fed these people pizza and donuts for eight years. And they will do anything she tells them to do. It doesn’t matter what it is.”

Resolutions at MUA commissioner meetings are often rubber-stamped for approval, he said, and council people routinely appoint friends and family to the board or other positions at the authority. Walker’s own husband has worked at the MUA, as does Galante’s sister.

An analysis of the issues surrounding the authority was conducted by NJ Advance Media earlier this month, which found that at least one in four its employees had familial or political ties to the local government, the authority’s governing board, or other authority employee.

“This is what’s gone on in this town, and nobody’s going to stand up to it because politically, they realize that all these people are going to come out against them,” Anderson said. “Because if you gave out jobs to relatives and friends for 30 years, I think you’d have a pretty big band of loyalists.”

Under previous administrations, Henry said the agency’s budget was often used as a slush fund to plug holes in the town’s own budget, though he claimed he’s avoided doing that over his own tenure.

And Old Bridge isn’t alone in its struggle over the agency: local MUA’s in other townships — such as Monroe, where longtime mayor Richard Pucci recently stepped down from his post of 25 years — often suffer from similar practices.

Henry said the “significant financial changes and improvements” he’s made in Old Bridge’s town hall the last four years have “clearly not translated to the OBMUA,” and called the recent contractor mishap “just the tip of the iceberg.”

“I stand with the residents of Old Bridge against the cronyism, political deals and questionable hiring practices highlighted in the article and call on the state to conduct a formal and independent investigation into these recent allegations,” he said. 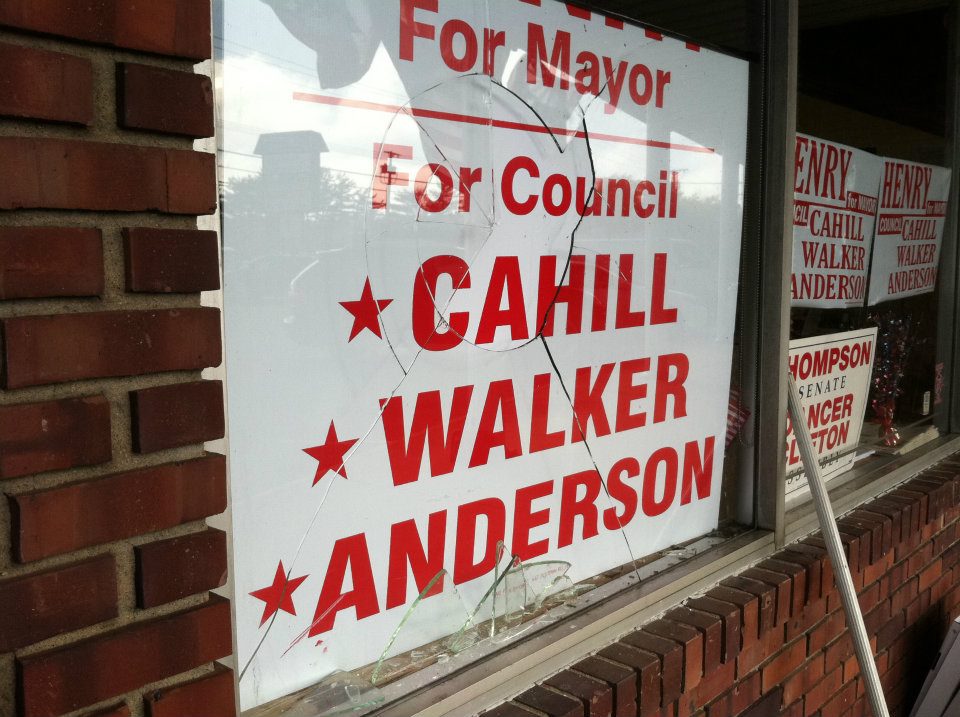