Ever since Philip Roth beckoned her into print with the publication of Portnoy’s Complaint in 1969, the Jewish mother—and her neurasthenic child—has existed in the American public mind as a kind of grotesque comic stereotype. You know the one: loud, nagging, nasal-voiced, overly worried that you look too skinny, a fountain of guilt. (Think Kyle’s mother in South Park, Jerry’s mom in Seinfeld or Ida Morgenstern, mother of Rhoda.)

She is as much a source of inspiration—which is to say, ridicule—for writers, directors and comedians as she is a source of anxiety. In 1970, the talk show host David Susskind gathered a passel of comedians—including David Steinberg, Mel Brooks and George Segal—to discuss the notion of the Jewish mother. “Forget about Jewish mothers—let’s talk about sharks,” Mr. Steinberg says as the show begins. “The shark will never harm you,” Mr. Brooks chimes in, affecting a froggy voice. “The shark is a benign creature of the sea.”

Woody Allen took on the Jewish mother in Oedipus Wrecks, the final short in the 1989 anthology film New York Stories. “I had a dream the other night that she died,” Mr. Allen tells his therapist. Cut to Mr. Allen driving a hearse to his mother’s funeral as she whines from her coffin that he isn’t taking the right route. He begs to differ. “Listen,” she shouts from the back of the car, “if you’re going to be nasty, I’m not going.”

And yet in recent years the Jewish mother has been going—or at least her identity has been watered down—as American parents become more controlling and demanding of their children. Helicopter parents seem to hover around practically every corner, and tiger moms, as exemplified by Amy Chua, are increasingly on the prowl.

Still, with Mother’s Day just around the corner, we thought it worthwhile to revisit the notion of the Jewish mother. What is her source? We got in touch with Dr. Anne Lapidus Lerner, a professor emerita of Jewish literature at the Jewish Theological Seminary, who was discussing matriarchy and motherhood in the Bible at the 92nd Street Y on Sunday. “Original Jewish Mothers” was the subject, as the ad put it.

“If you’re looking for the sort of tiger-mom, defend-my-kid-at-all-costs [style of mothering],” Dr. Lerner said in a phone conversation last week, “you can certainly see that in both Sarah and Rebekah.” (Sarah, for instance, in a fit of jealousy, made Abraham banish his first-born, Ishmael—born of Hagar, the Egyptian slave—in order to secure her son Isaac’s inheritance.)

But Dr. Lerner, the author of several books, including Eternally Eve: Images of Eve in the Hebrew Bible, Midrash, and Modern Jewish Poetry, seemed more intent on altering how Jewish motherhood is perceived. She zeroed in on Sarah, Rebekah, Leah and Rachel—the four matriarchs in Genesis from whom the Jews are descended.

“The Bible is basically a patriarchal text. Most of the characters in it are men. It’s written basically from a male point of view. Women tend to not figure very prominently,” Dr. Lerner told the Observer. “But in the cases of the matriarchs, each of them actually determines succession, so that gives them some power in determining the family of the clan which becomes the nation.”

Ms. Antler suggested we could perhaps change the stereotype by using the stories of the Biblical matriarchs, as Dr. Lerner was doing. “It’s wonderful that we can draw on positive images from the Bible rather than some of these 20th century popular culture images, which were full of the anxiety of adapting to a new country, to a mainstream culture, to a kind of worrying about gender roles.”

It is debatable whether banishing your stepson into the desert is positive, but you get the idea. And although the tiger mom stereotype often overshadows the Jewish mother, a cursory Google search for “Jewish mother” still turns up a slew of recent listicles from BuzzFeed (“35 Signs You Were Raised by a Jewish Mother”) and The Huffington Post (“25 Signs You’re Becoming Your Jewish Mother”).

The lists put forth the idea of the nagging, overbearing Jewish mother who just knows you’ll meet your end if you leave the house without a sweater. But Ms. Antler noted that one could look at that in a positive light, too.

“Nagging,” she said, “is just an expression of love.” 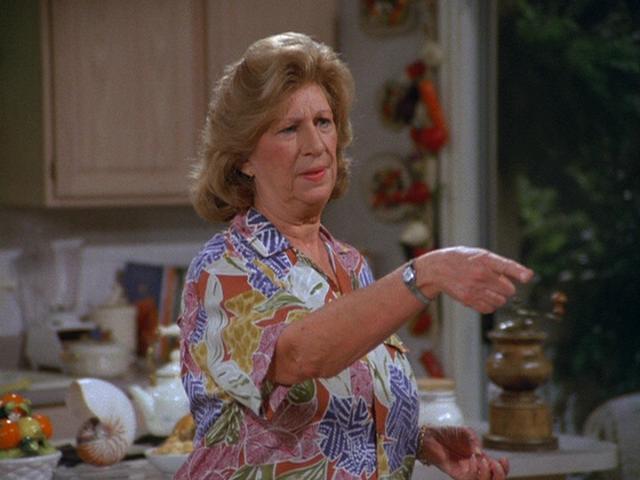