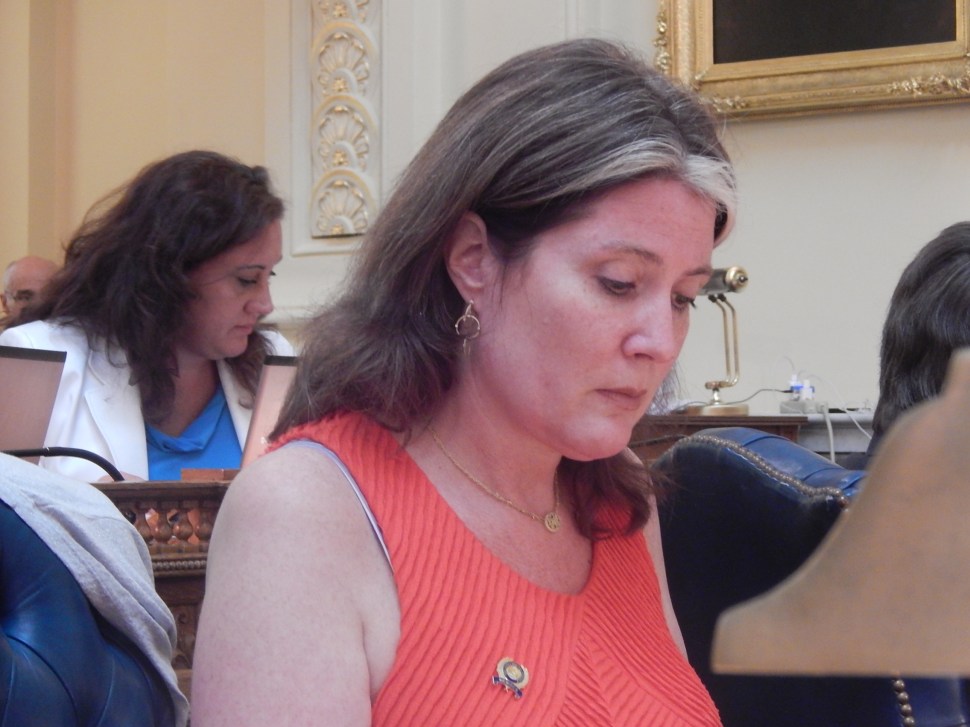 TRENTON — With only brief across-the-aisle debate, members of the state Assembly today approved a resolution to condemn — and “vehemently oppose” — the state’s controversial settlement with the oil giant Exxon Mobil over a series of environmental damage lawsuits.

AR242, which urges rejection of the proposed $225 million settlement in lawsuits brought by the state against Exxon for natural resource damages at Bayway, Bayonne and other New Jersey oil refineries and sites, was passed with 45 in favor, 16 against, and 9 abstentions during the chamber’s afternoon session. Only two lawmakers — Assemblywoman Holly Schepisi (R-39), on the Republican side, and Assemblyman John McKeon (D-27), the resolution’s sponsor, on the Democrat side — rose to comment on the bill.

Schepisi, who said endorsing the resolution gave her “great concern,” argued that passing such a measure could set a precedent for “second guessing any sort of litigation matter” in the future that is handled by the Attorney General’s office, which has defended the settlement as one of the biggest in state history. She said she worried that the move could also be unethical, as it would force the body — by sending a Superior Court judge a message of their opposition — to wade into a case over which they have little authority.

“Is this something now that we are going to do for every litigation matter that comes thorugh the state, and if so, is it appropriate?,” Schepisi asked.

McKeon, however, denied that characterization. He said he “couldn’t think of any body more in a positon to comment” on the decision, noting that the settlement is still subject to a 60-day public comment period, ending on June 5.

“With respect to my collegaue who takes umbrages with the processes and approriateness, all I have to say is, it’s part of the law,” he said.

McKeon has been one of the most vocal critics of the settlement, which he has helped investigate over the past several weeks in his capacity as chairman of the Assembly Judiciary Committee (Schepisi, too, sits on that committee). He’s called the final $225 million figure — which is billions of dollars short of the nearly $9 million legal experts representing the state sought during a lengthy trial period —  a “slap in the face” for residents, especially those in communities affected by the damages.

In a statement released shortly after the resolution’s passege, he doubled down on those criticisms.

“It has been two months since the settlement with Exxon was unceremoniously announced by the administration and I am still struggling to see what is ‘really good’ about it,” McKeon said. “When we asked for documentation related to the Exxon lawsuit to better understand the administration’s decision and take appropriate action moving forward, we were stonewalled. While the governor tries to assure us that this is a good deal, the numbers prove otherwise.”

The Assembly’s settlement today also brings the lower chamber in line with the Senate, which sent up its own resolution condeming the settlement earlier this year. Passage of that resolution (SCR158) was a comparatively more contentious affair, with state Senator Kevin O’Toole (R-40) and state Senator Ray Lesniak (D-21) — another vocal opponent of the settlement — clashing over concerns similar to those raised between McKeon and Schepisi.

While the bill is largely symbolic — political observers note that the state can’t outright prevent Christie from settling for the reported amount  — lawmakers say it does send a clear indication both to the front office and New Jersey Superior Court Judge Michael Hogan that the legislature does not approve.

Jeff Tittel, director of NJ Sierra Club pointed out that today’s resolutions was passed mostly along party lines — and blasted the administration for a “complete givaway to corporate polluters.” He noted that the settlement also contains liability for contamination at a site in Paulsboro, where McKeon said damages were valued at over $15 million.

“The Administration was trying to defend the indefensible, which is this dirty deal. This legislation sends a signal to the DEP and the Judge that the Exxon case is not a settlement, it’s a sellout,” Tittel said.

At their last committee meeting, McKeon announced that a public hearing on the settlement would be scheduled for next month in Linden. 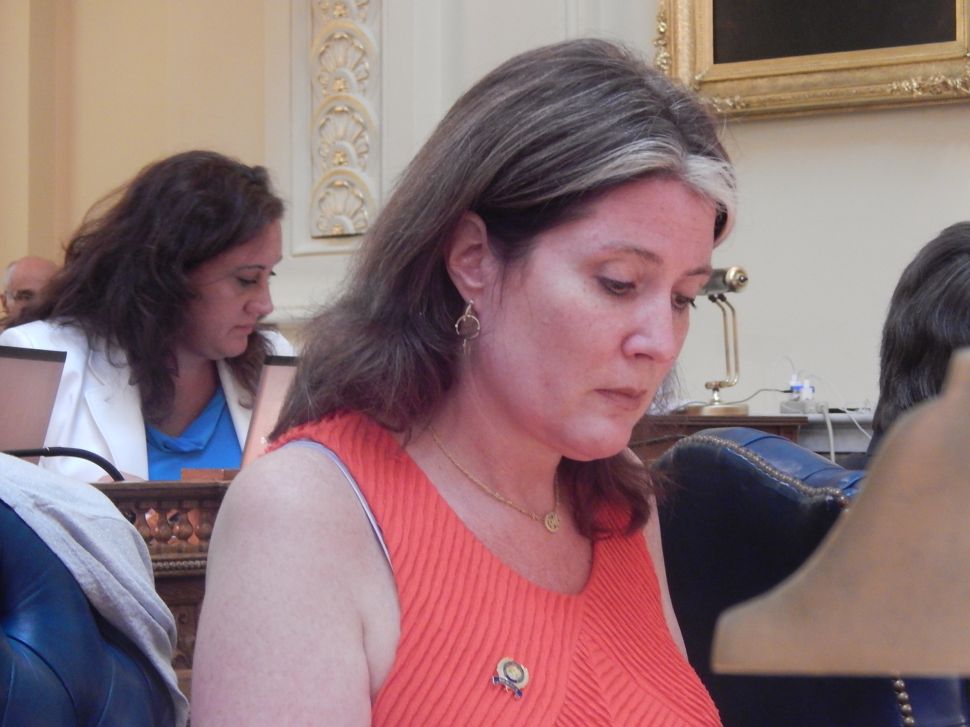