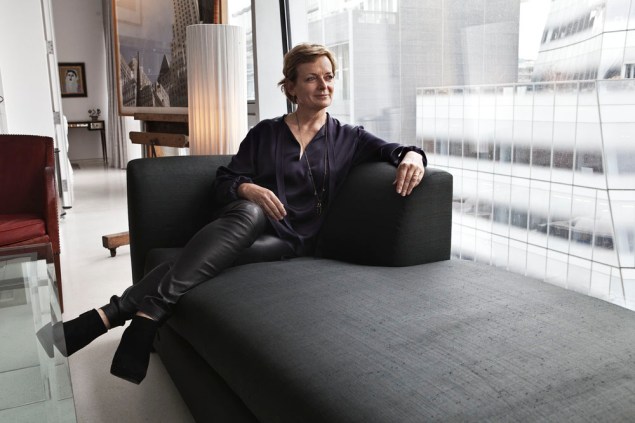 A member of the Interior Design Hall of Fame and one of the leading women in the field of hospitality design, Alexandra Champalimaud takes immense pride in her work. Whether she is restoring the legacy of grand dame hotels such as the New York Palace or creating brand-new properties such as Topping Rose House. “I am very rarely on an ego trip,” she says as she welcomes us into her Chelsea home, “it’s about how I can best bring to light a new building or an old one that requires new life, using all my knowledge.” Ms. Champalimaud recently moved to a bright and modern Chelsea space, which fittingly overlooks one of New York’s most iconic architectural landmarks, the IAC building by Frank Gehry. 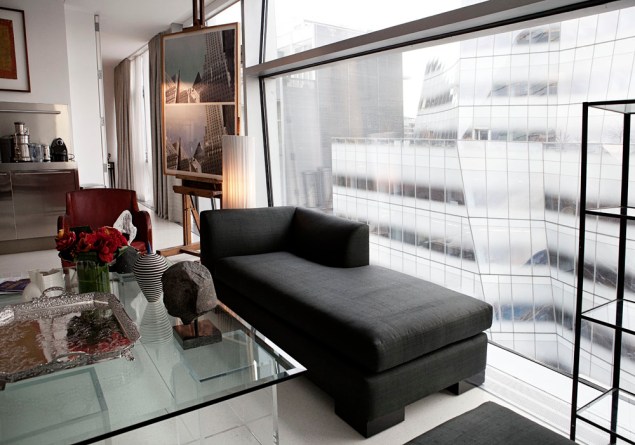 What made you choose to live in Chelsea? I used to live in a six-story townhouse on the Upper East Side. I love that whole part of town, but our children have grown up now. Chelsea is the future, it’s got a lot of contemporary buildings. I like to see new businesses coming up, I love the Highline and the phenomenal art galleries. 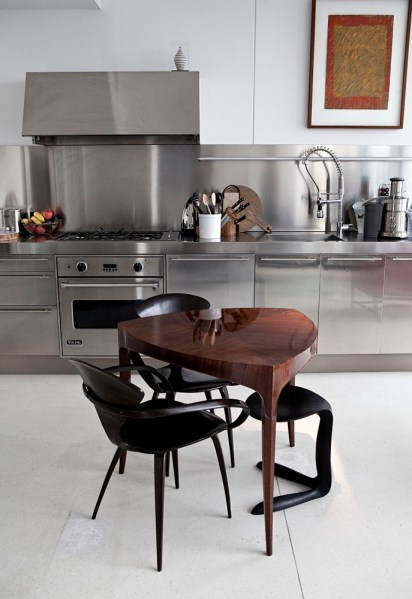 Tell us about this lovely apartment—and what a view! It’s not about my decor; I’m really living the outside. I’m an outdoors person. For example, I love the fact that the reflected light on my mirror points to the kitchen table. At night I light some candles and I have my beautiful “lantern,” as I like to call the Frank Gehry building! I will just lie here, put my music on, read my book, do my work and watch the sunset. You need a fresh palette and uncluttered mind to be creative. My home is very quiet and good for the soul. When I come home, having gone through numerous projects that are all layered and complex, I like it that everything’s easy. 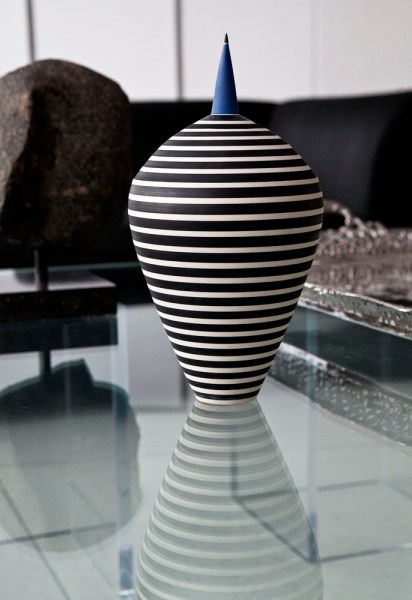 As an interior designer you’ve collected some fascinating pieces. Can you walk us through them? You will see a very beautiful old 17th century, silver Portuguese tray from the royal family and a Roseline Delisle, this wonderful porcelain artist from the 1970s. We have an Egyptian Ptolemaic head, an arm from a Roman statue circa 200 AD and Chinese vessels. They have a message; they have layered stories in them. There is a diptych of One Wall Street by a well-known watercolourist—Leigh Behnke. Texas Fields, the Willard Dixon in my entryway really represents my husband and who he is.  He was brought up in Texas and is an incredible man with a huge, wide soul like the open skies in the picture. In my kitchen there are chairs from the 1950s and an Aldo Bakker stool. The man who refinished my dining table thinks it’s a Ruhlmann. Overall, I like to layer an interior, not make like a coordinated outfit. 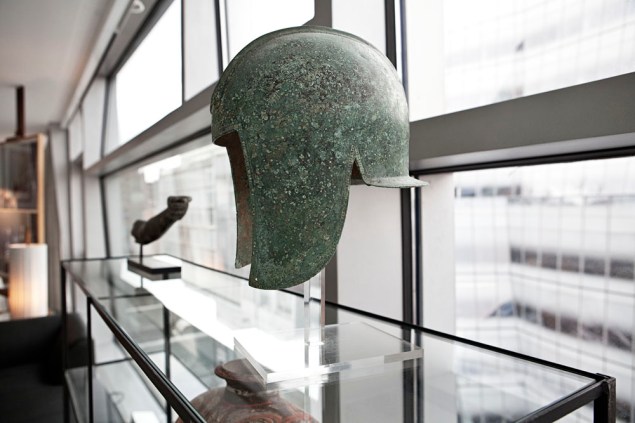 You have such a fascinating background. How did you end up in interior design, and what prompted you to come to New York? The draw to New York has something to do with the water, being brought up on the Atlantic Ocean. I’m Portuguese and English, a breed of old, old families that lived in Portugal. I went to school in Switzerland, to boarding school in England, and then to college in Lisbon, which gave me an incredible background. Then, my whole world exploded when the revolution of 1974 happened. I ended up leaving at 2 o’clock in the morning with my husband and my little baby, and never went back to my house, which was right on the Atlantic.

I eventually came to Canada, and brought up my children in Montreal. I really had to support my family, and my background was in interiors, history of art, furniture and porcelain. 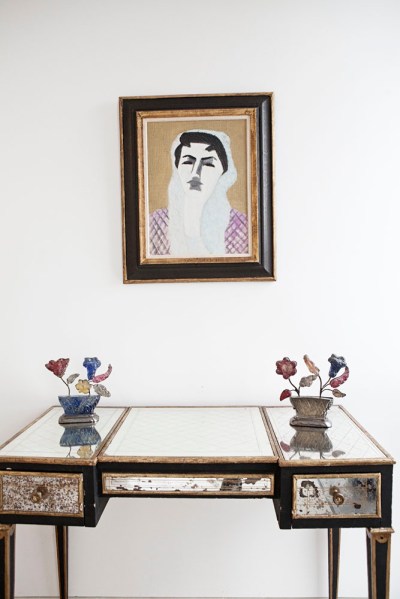 Tell us about some projects that you are working on. We are working on a very modern building with Richard Meier on Riverside Drive and various historic hotels, such as an iconic hotel called the Mount Nelson in South Africa. These hotels have magical histories, and I’m immediately struck by the personality, the energy of a place. As a company, it is always important for us to really understand the bones of a place. One of our most interesting projects is a royal hospital in Bath, England. It’s a 19thccentury building with thermal waters, built over an ancient Roman foundation. When we drilled down underground to construct the spa we found Roman mosaics and 170 Roman coins that are going to be displayed in the lobby. 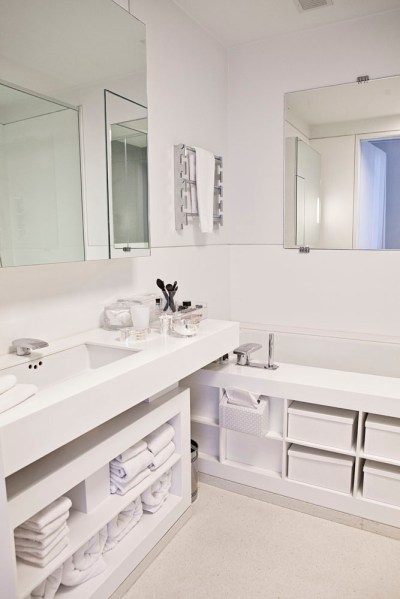 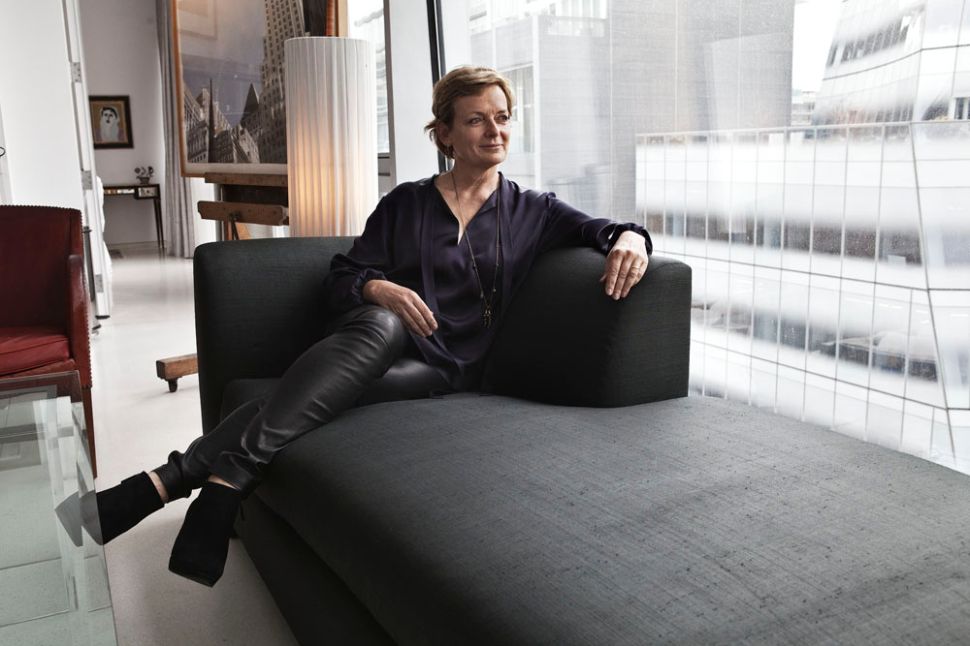