Mayor Ras J. Baraka, the Newark Municipal Council, and the City of Newark accepted a symbolic $1.5 million check from the Foundation for Newark’s Future President and CEO Kimberly Baxter McLain today, in the First Floor Rotunda, at City Hall, at 920 Broad Street.

The money will be used to fund Mayor Baraka’s 2015 Summer Youth Employment Program, which will work to provide summer jobs and internships for 2,300 Newark youth in the private and public sectors, working in corporate, business, government, education, and non-profit sites throughout the City. The funding comes from the foundation created with the $100 million gift given to Newark by Facebook founder Mark Zuckerberg.

“We are grateful to the Foundation for Newark’s Future for this generous donation to our Summer Youth Employment Program, which provides our young residents with opportunities to learn about careers and the workplace, gain valuable skills, and contribute to transforming both themselves and Newark into people and a City we can all believe in. This check empowers the youth of Newark, enabling them to become the next generation of entrepreneurs, artists, executives, activists, and advocates. What they learn today will enable them to become our leaders tomorrow,” Baraka said.

“Our goal at FNF is to invest in programs that will have a lasting impact on the community and create sustainable outcomes for Newark’s children,” said McLain. “There is a natural correlation between education and employment, and we know that summer youth employment is a powerful and research-based policy solution to put our students on the path to success.  We are excited to partner with the Mayor’s office on this initiative, and we are thrilled to make not only employment, but also enrichment and empowerment programming, available to 2,300 youth this summer.”

Also speaking at the event was New Jersey Medical School Dean Dr. Robert L. Johnson, who is a board member of FNF. Dr. Johnson is the school’s eighth dean, and was a Professor of Pediatrics and Director of the Division of Adolescent and Young Adult Medicine at the New Jersey Medical School, had served as the school’s Interim Dean, a position he was appointed to in 2005.

Dean Johnson is a Fellow of the American Academy of Pediatrics and serves on the Advisory Committee of the Division of Behavioral and Social Sciences of the National Research Council’s National Academy of Sciences. Dr. Johnson chairs the Board of Deacons at Union Baptist Church in Orange, and is married to Maxine Johnson, a lifelong educator. He is the author of The Race Trap, a Harper Collins Business Book which addresses the pitfalls commonly encountered in communications across the racial divide and Strength for Their Journey, a guide for parents of African-American teens, published by Doubleday.

About FNF: Foundation for Newark’s Future is an education foundation working to improve educational outcomes for Newark students. The Foundation is part of a $200 million campaign for Newark’s public schools, established in 2010 with a $100 million matching grant from Facebook founder Mark Zuckerberg, and quickly met with a $25M investment by William A. Ackman at the Pershing Square Foundation, among others. The Foundation invests in programs and initiatives across Newark that create large-scale change through short-term philanthropy. 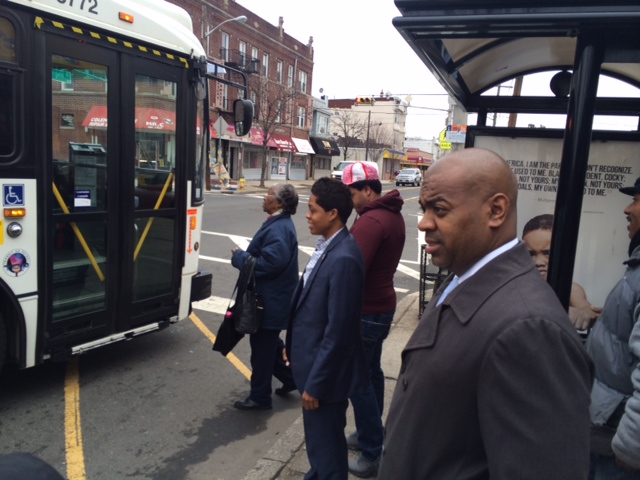