NEWARK – Newark Mayor Ras Baraka and prominent academic Dr. Cornel West gave a political and philosophical boost, respectively, to an announcement of a summertime march in Newark meant to draw attention and focus to violent interactions between the police and the public that have plagued American society in recent months.

Lawrence Hamm, the New Jersey state chairman and founder of the People’s Organization for Progress, a grassroots, community organization based in Newark, set the tone on Wednesday for the protest, called the Million People’s March and scheduled to begin on July 25 at 12 noon at the city’s Lincoln Monument.

“We are calling this march in response to the ongoing epidemic of police brutality in the United States of America. It’s also about racial injustice and economic inequality,” said Hamm, who noted that about 40 local labor, religious and activist groups are also supporting the march, meant to mark concerns about incidents involving the police and the public that have increasingly occurred around America, including in Ferguson, Missouri, Staten Island, New York and Baltimore, since last year. “We see that the victims of police brutality do come from all races, but we know that the majority are African-Americans.”

Hamm noted that Newark had made serious progress toward trying to avert such problems in recent months with the announcement in January of the creation of a civilian complaint review board, a measure meant to improve relations between the city’s police department and the residents of the state’s largest city in the aftermath of a three-year federal investigation of Newark’s police force.

Baraka, who is presiding over the implementation of the board in the months to come, spoke about the importance of police reform and community involvement in both Newark and beyond.

“We’re trying to assert our humanity. If you look at what happened in Baltimore, it’s appropriate that the march is not just about police brutality, but it’s also about economic inequality, and inequality, period. There is a widening economic gap in this country,” Baraka said to a group of more than 50 people assembled at Bethany Baptist Church in Newark’s Central Ward. “We could have a model here that other cities will be able to copy hopefully and do the things that we’ve been trying to do here for the last 50 years. But it’s sad that we’re still wearing shirts that say ‘Black lives matter.’ There are individual police officers who have done incredible things on the force. But the justice that’s given out in America is still run by Jim Crow.”

West, a professor of philosophy and Christian practice at Union Theological Seminary in New York City who is known for his fiery speeches, laced into a social system that he feels propagates a cycle of violence and injustice.

“This march is a love march. As [the late civil rights leader Martin Luther King Jr.] reminded us, justice is what love looks like in public,” West said. “We want to make sure that policemen are accountable, not in the form of some abstract investigation of a department. We want the police to go to jail when they kill somebody. It’s going to be hot here in July, in a number of different ways. Newark could be the vanguard for change.”

In an interview with PolitickerNJ, West noted the history of tension between the Newark’s police department and its population, including both before and after the 1967 civil disturbances that tore the city apart, as an example of what America must try to ameliorate.

“America has minor explosions taking place all the time. We avoid major explosions because we don’t have the kind of organized leadership that could put pressure on the powers that be,” West said. “A negative explosion is one of hatred and revenge, and that’s always a possibility. The crucial thing is that there has got to be courage, love and justice. Once an awakening takes place in that direction, we’re going to have some explosions, but they’re going to be explosions that are forces for good.” 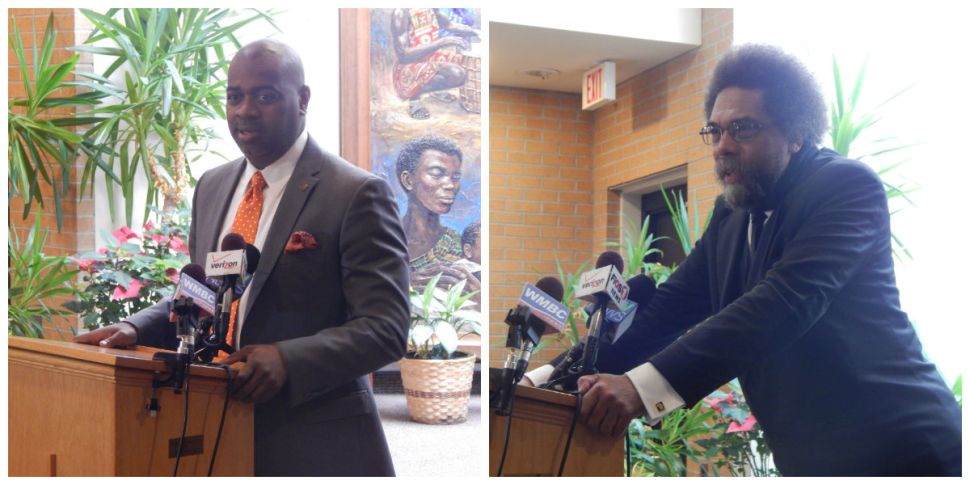