The campaign of the Republican challenger in the 24the legislative district’s primary race has sent a political operative of one of the establishment candidates a cease and desist letter over public allegations of harassment, according to emails obtained by PolitickerNJ.

The campaign of Marie Bilik, the executive director of National School Boards and GOP hopeful in LD24’s Assembly race, is asking Kelly Anne Hart to immediately cease “making libelous and defamatory statements against Marie Bilik … in any and all forums.” This is after Hart, a paid political consultant for incumbent Assemblyman Parker Space (R-24), according to a recent ELEC report filing by the candidate, took to email and at least one website to allege that she had been the victim of “anonymous hate mail,” “hateful emails and Facebook posts,” and “acts of violence” perpetrated against her home and family.

Hart argued she has been targeted because of her opposition to a controversial solar settlement deal that saw the county pouring an additional $7 million dollars into a 2011 solar energy project that went bust earlier this year when the contractor and developer ran into litigation. She alleged the Facebook posts came from a “lobbyist who works for an energy company that does business with the county.”

That settlement is at the heart of debate in Sussex County as Assembly and freeholder candidates enter the waning days of the race.

“What are these people so afraid of that they go to these lengths to stop me from protesting the rip-off of Sussex County taxpayers by a cabal of bankers, bureaucrats, vendors, lawyers, and consultants?,” Hart’s letter reads.

Hart did not disclose, however, that she had been working for Space and his runningmate, Sussex County Freeholder Gail Phoebus, whose support she said she was “grateful” for in her letter. She called herself a “single mom who has been active in local politics, serving as the executive director of the county GOP, and as a Republican committeewoman.”

She also called herself a “nobody.”

“This is a fight between the nobodies and the somebodies. I am a nobody,” Hart said. “I hold no position of power and I’m not part of the political, business, and financial insider network that runs the county. A few of us nobodies got together and started this website as a vehicle for reform and open government.  We formed an organization called The Committee of Seventy.”

Phoebus and Space, it should be noted, are running on the county’s line with the support of establishment figures like state Senator Steve Oroho (R-24).

Read the rest of the Bilik campaign’s letter here:

BY EMAIL AND CERTIFIED MAIL, R/R/R

Re: Marie Bilik for Assembly campaign

On Saturday, May 23, 2015, you sent an email to undisclosed recipients identified as “Neighbors”, the subject of which was “More Election Issues”. Your email alleges that you have been the target of “harassing and false accusations” and that you have received “anonymous hate mail” from people you then identify by name in your email, including Marie Bilik and Molly Whilesmith.

Your May 23rd email directly and indirectly suggests that the reason you are receiving “anonymous hate mail” from the named sources is because you “oppose the solar bailout” and that this has somehow drawn a response from Marie Bilik.

Marie Bilik hereby objects to and denies any and all allegations of wrongdoing as expressed in your email. Neither Marie Bilik nor any of her campaign’s employees, agents and/or affiliates have made any contact with you, anonymously or otherwise.

This letter shall constitute demand that you immediately cease and desist making libelous and defamatory statements against Marie Bilik and/or Ms. Whilesmith in any and all forums. In addition, demand is hereby made that you refrain from contacting and/or disparaging and/or making any defamatory statements regarding the staff of the Marie Bilik for Assembly campaign as well as the staff’s employers and clients.

Be advised that in the event you fail to immediately cease and desist sending emails making false statements, or otherwise defaming Marie Bilik and/or Ms. Whilesmith, my clients have authorized me to institute a lawsuit against you for an injunction from the New Jersey Superior Court commanding you to immediately stop publishing injurious and defamatory statements and to reimburse Marie Bilik for all damages, costs and expenses incurred as a result of your defamatory statements.

I expect that you will respect my clients’ rights and honor this good faith effort to resolve this matter without the need for litigation.

Thank you. Please call me if you have any questions. 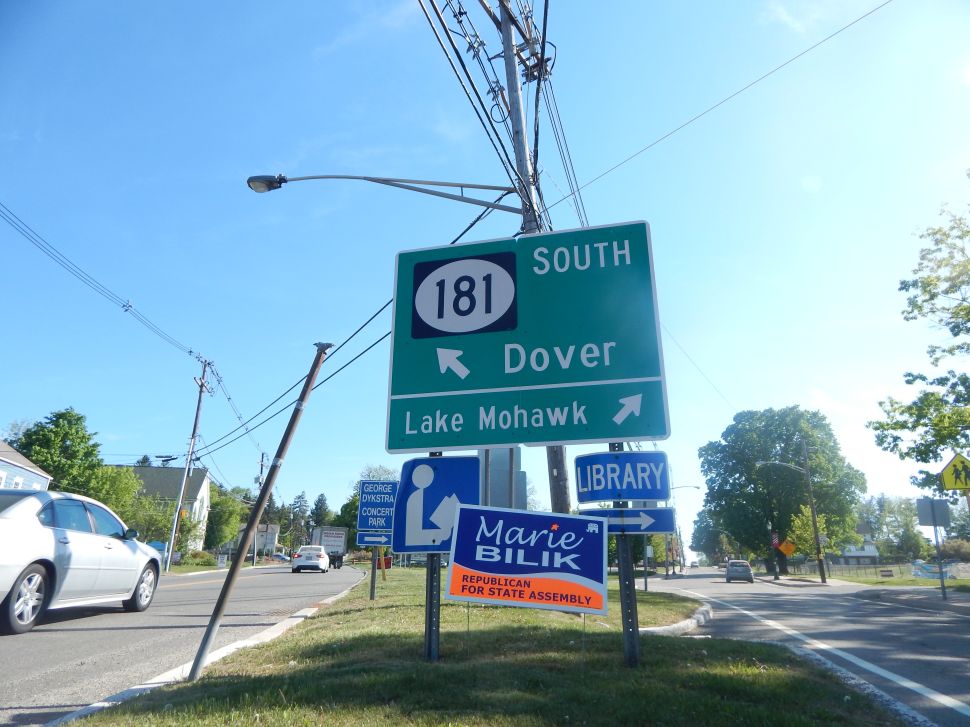