Mr. de Blasio announced the agreement at City Hall, telling reporters that he did not anticipate resolving so many expired contracts in less than two years. When Mr. de Blasio, a Democrat, took office in 2014, all of the city’s unions were without contracts after failing to come agreements with the Bloomberg administration.

This agreement, which will cost taxpayers $271.1 million, follows a pattern the de Blasio administration laid out with the Uniformed Superior Officers Coalition which represents eight uniformed unions spanning sanitation, police, fire and corrections officers. The contract provides 11 percent in raises over about seven years, doling out 1 percent retroactive raises from September of 2011. The contract expires in January of 2019.

The agreement incorporates $98.4 million in healthcare savings agreed upon with the Municipal Labor Committee. Harry Nespoli chairs the MLC and also leads the Uniformed Sanitationmen’s Association.

“It’s been four long years without a contract,” Mr. Nespoli said. “I just figured it was time now that these people can get their money to pay some of the bills that they accumulated over the last four years.”

“To be perfectly honest with you,” he added, “I never expected to complete this many units in as short a time as we did.”

As part of the deal, the de Blasio administration and the sanitation workers’ union will create a joint Labor-Management Committee on Productivity, which will review productivity targets related to the mayor’s plan, announced last month, to cut all waste from landfills by 2030.

Kathryn Garcia, the commissioner of the Department of Sanitation, said there would be “plus and minuses” for the department as the city moves forward with the ambitious plan, but she was quick to say she did not anticipate the city cutting the sanitation workers’ headcount to accommodate the mayor’s waste reduction goals.

“I do not anticipate a decline in workforce at all but I do anticipate that it may move around and have different functions,” she said. “For example, there probably will be more people working on the recycling portion of the program if we’re successful over time.”

Several prominent rank-and-file unions are still without a contract, including the combative Patrolmen’s Benevolent Association. Mr. de Blasio hoped the overwhelming amount of unions who have reached agreements with the city would encourage the PBA to seek a similar deal.

“I feel very good about where we stand. I think there’s been tremendous consistency in this process,” he said. “I think that’s encouraging to any other unions that have not yet gotten an agreement to recognize there is a good and fair pattern here.” 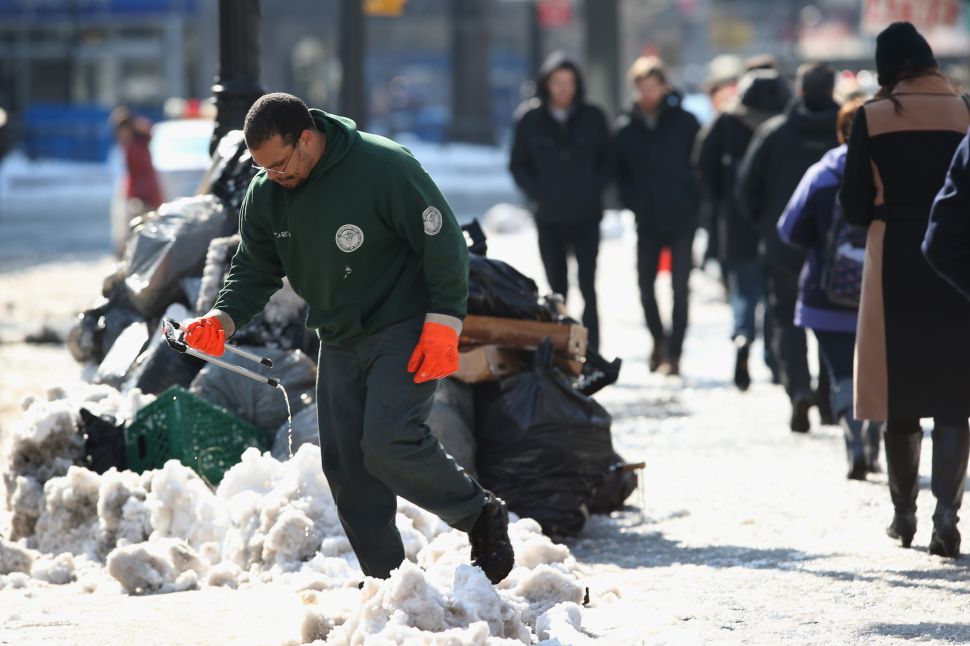