Mayor Bill de Blasio’s approval ratings are the lowest they’ve been since he was elected mayor, according to a new Quinnipiac University poll.

Just 44 percent of voters give Mr. de Blasio’s job performance a thumbs up, down from 49 percent in January. 40 percent disapprove of him.

Voters were also split on whether Mr. de Blasio’s involvement in national affairs, including his trips this week to Washington, D.C. and California, are distracting from his duties at City Hall. 46 percent say they are distracting, while 42 percent disagree–just outside the poll’s margin of error.

Mr. de Blasio has taken some criticism for venturing beyond the five boroughs so frequently.

“The mayor’s job approval hits a new low and he’s lost a lot of ground on his handling of crime and the schools, two key areas of any mayor,” he added. 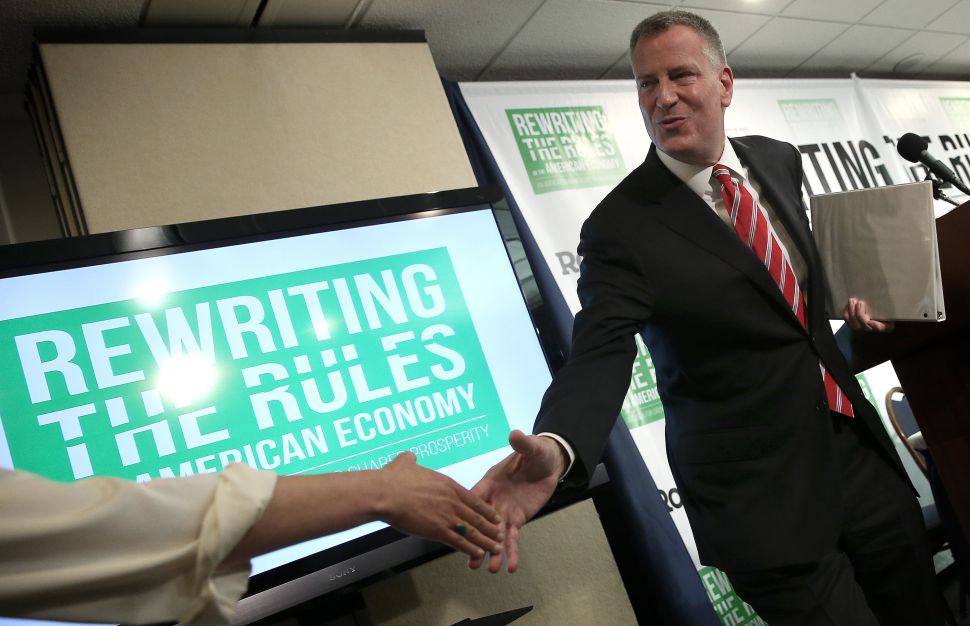