So you’ve built a robot that you chase your cat with, but it’s only any good when you’re home to run it. What if you were at meeting and you wanted to chase your cat with your robot instead of paying attention? How could you do it?

There’s a new mobile platform that quickly syncs up with your homemade electronic projects, called Blynk, free on iOS and Android. Blynk gives makers a quick way to check in on what the sensor from their homemade tech projects have registered and controls its lights, gears, motors and etc. Blynk does it all basically instantaneously, anywhere you have access to the internet.

To back up for a second: People have been building homemade electronic projects like crazy lately because of the introduction of Arduino. It’s a very simple, very small computer that allows makers to control stuff in the physical world.

Blubflubify on Instructables used an Arduino to make it so he could turn his lights on and off with a remote control:

Not bad, but not nearly so useful as the ability to turn your lights on and off when you’re away from home? You could check and see if they were off if you were feeling ecological. Or you could turn them on and off at different times, while you were on vacation, to make it look as though you were home.

Kerimil on Instructables built his one app just to turn one LED on and off, and it couldn’t go any further than his phone’s bluetooth signal.

With Blynk, a maker could control multiple projects from their phone, checking the lights and temperature and robots they’ve built at home from anywhere they can reach the web.

Companies like LittleBits and Particle are making it a lot easier to make creative electronics. Now, if makers connect those projects to the internet, they can use Blynk to really extend their reach. They aren’t alone, though. Adafruit is in the middle of a complementary effort, making it easier for the makerati to log data from their gadgets in the cloud. 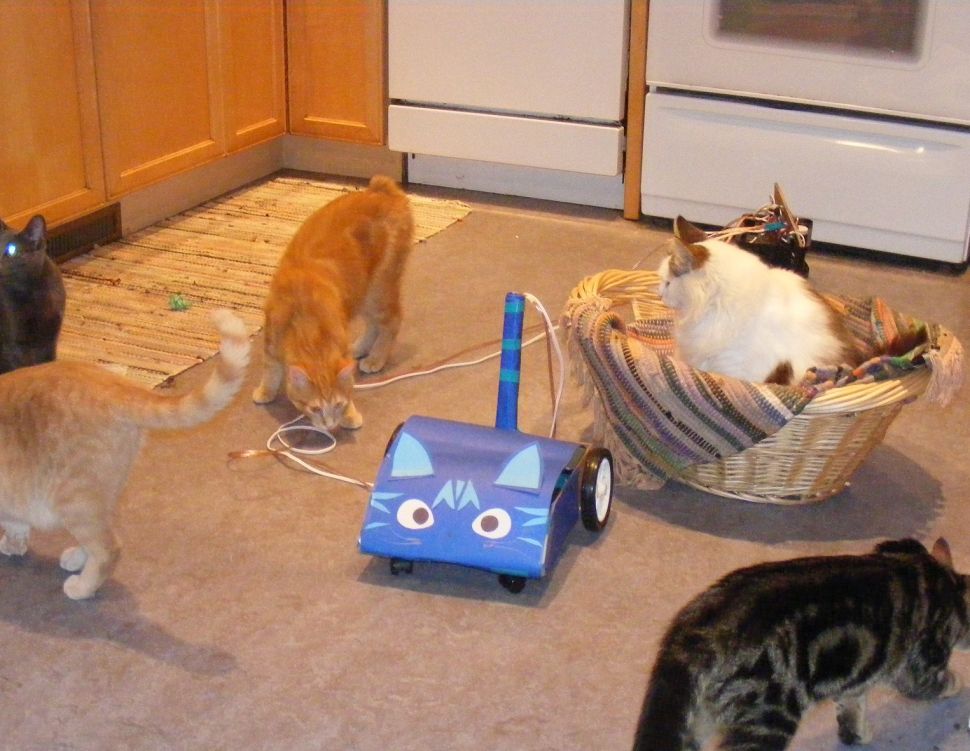