“That’s the GPS answering your question: ‘Looking for meaning in two miles.’ ”

Juval Haring is navigating sinuous afternoon traffic while fielding queries about existential boredom. He’s in L.A., 7,500 miles from his home in Tel Aviv, so apparently we’ve picked the perfect setting to discuss malaise.

It feels right to report that Haring is laughing: At the GPS’ interruption of my maudlin line of questioning, perhaps, but also at the futility of trying to overcome this boredom, which the Israeli musician sees as permanently entwined with human experience. He feels the same of evil, that it’s “endless and always a part of everything.”

“The world lacks logic,” he asserts while steering toward Sunset Blvd., where his shoegaze trio Vaadat Charigim is due to perform at The Echo in a few hours. “It’s not built for your pleasure or your need of structure. It’s that thing you’re afraid of—the boredom—the hiss in the background you can’t stand.”

Haring and his bandmates Dan Bloch and Yuval Guttman are touring in support of their second LP, Sinking As a Stone, which arrived earlier this week via the boutique California label Burger Records. In Hebrew, Sinking As a Stone translates to The Boredom Sinks In, an apt complement to the group’s acclaimed 2013 debut The World Is Well Lost.

Bleak, right? On paper, especially if you haven’t listened to them, Vaadat Charigim might scan as overly self-serious, a troupe of sullen misanthropes scribbling apocalyptic art in spiral-bound notebooks. But that stereotype doesn’t hold in conversation; within seconds Haring can flip between light banter and heady meditations on existential duress.

There is beauty in letting go, after all, of accepting what we can’t change or know in others or ourselves. The same is true of circumstances, such as constant states of war in far-flung locales like Tel Aviv and the occupied Palestinian territories. Lush, breathy, and enveloping, Vaadat Charigim’s music reflects that letting go, not in acquiescence to evil, but in spite of it. It is romantic, a watery mass at ease with conflict and the heavens. It is the sound of tortured bliss, floating by in 11 minutes. It is like ambient or “furniture” music but not of it, the aural experience of waiting, of feeling the “self” pass. Yes, Vaadat’s work is also “like” Cocteau Twins and Morrissey and Deerhunter and My Bloody Valentine, and there is nothing new under the sun etc. etc. etc., but we can count on one hand how many bands are making shoegaze records under the constant threat of total annihilation. Context matters.

Previously, Haring has conveyed that the perennial din of war in Israel—comprised of cacophonous sirens, soaring missiles (which you can literally hear on The World is Well Lost), and the sound of thousands scurrying into bomb shelters—creates detachment in him, a feeling that is palpable in Vaadat’s work. Detachment plays well with shoegaze-y blur, and that’s especially the case here given that Haring sings entirely in Hebrew. Max Bloom of the U.K. band Yuck noted as much in a recent piece for Noisey.

“In some ways,” he wrote, “not being able to understand the Hebrew lyrics puts you more in touch with the emotion in the music. Like a painting, the message isn’t direct. You’re left to make your own interpretation of what is being put in front of you.”

That ambiguity is intentional, to some extent. “We’re always about the post-modern, non-truth,” Haring says, “never really breeching something that’s true or real, always kind of behind it.”

Vaadat bassist Dan Bloch put it another way in the documentary: “Music has no borders.”

Nevertheless, lyrics are important to Haring, and the choice to sing entirely in Hebrew has a point: to situate Vaadat Charigim (“exceptions committee”) squarely within the culture they’re from, rather than within the stream of bands from Israel and elsewhere abroad that sing in English as a concession to marketability.

Still, it’s not as if Haring is singing about Tel Avivian life with provincial optimism. Rather than point his lens toward the war making of the Netanyahu administration, for instance, “Neshel,” Sinking’s lengthy opener, serves as self-critique.

“It’s funny how you go out and protest, then return home and everything’s more or less the same,” he says. “I compare going out and protesting to the skin of a snake. You go out and protest and shed your skin. You need it, but it’s kind of a sadistic need. You’re automatically against occupation, but you don’t actually get in there and get your hands dirty.”

It takes a lot of verve and humility to poke holes in one’s own political motivations, especially when justifiably protesting something as egregious as Israeli occupation. It suggests that Haring, the post-modernist/relativist, is in touch with at least a hint of absolute truth: Boredom afflicts us all, we all pass away, and in the interim each breathing human in this gorgeous, lost world is searching for a way to fill the time so that the hiss in the background doesn’t become a roar. The search for meaning may be meaningless, or it could mean everything, and in the absence of concrete answers, as literal and figurative bombs drop from on high, we might as well enjoy our time here.

“When missiles fall on the streets of Tel Aviv,” Haring sighs over the elegant wash of “Odisea,” “What will we wear, and what will we listen to? And how will we burn time ‘til then?”

Vaadat Charigim plays Brooklyn’s Baby’s All Right on Friday, May 22 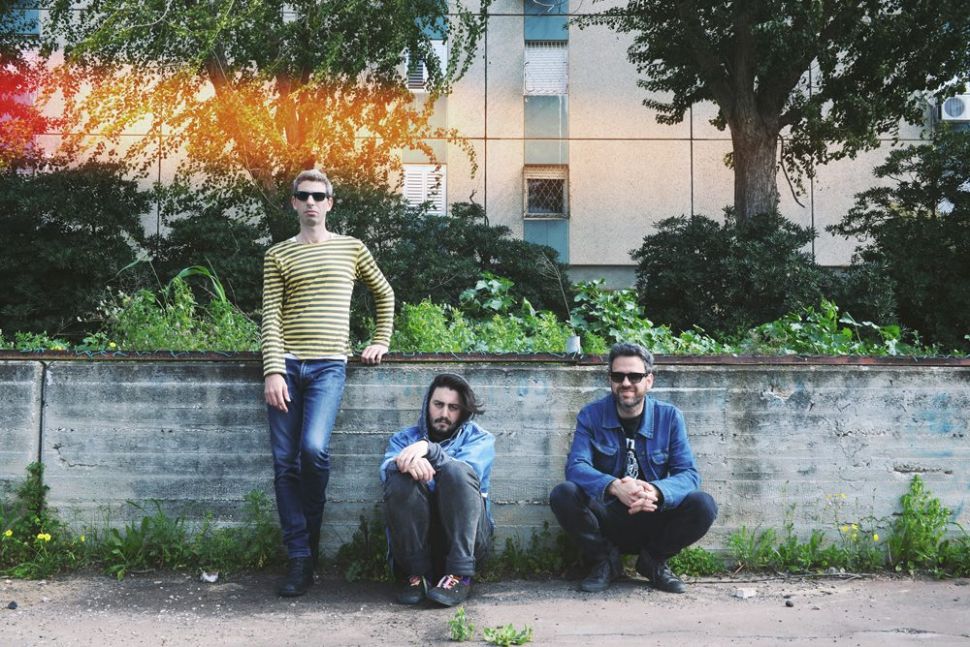