Buoyed by a parade of stars, Broadway is on a winning streak.

The trade association the Broadway League is poised to report its second consecutive season of record sales for its 40 theaters, according to its weekly data. Thanks in part to the box-office drawing power of Hugh Jackman, Bradley Cooper, Helen Mirren, Larry David, Nathan Lane, Matthew Broderick and other celebrated performers, Broadway’s on-track to report that grosses and attendance rose by about 8 percent from 2013-14. After 51 weeks, Broadway’s sales of $1.33 billion are already a record. Given that attendance is 12.8 million and exceeds 200,000 a week, it’s almost certain to top 13 million for the first time when official results come out early next week. Sunday is the last day of the 2014-15 Broadway season.

“It’s been a great season,” said Tom Viertel, the executive director of the Commercial Theater Institute, a training ground for producers, who is also a partner of the nightclub 54 Below. “There’s been a lot of really great stuff without a lot of shows that tanked out of the box.”

Broadway is in thriving despite a frigid winter and strong dollar that makes it more expensive for Europeans. While the season lacked a blockbuster new Broadway musical on the scale of The Book of Mormon, 15 of the 35 shows that opened regularly sold out and nearly a dozen have repaid their investors or stand a solid chance of doing so. These include The River with Jackman, Larry David’s Fish in the Dark (despite some terrible reviews) and The Audience with Mirren. The flops were scarcer than usual and many, surprisingly, even got great reviews. They ran the gamut, from Honeymoon in Vegas (66 regular performances), featuring a retro story about a man who loses his fiancé to a gangster in a poker game, to a revival of Wendy Wasserstein’s play The Heidi Chronicles (53 performances).

Also helping the numbers is that failures generally didn’t linger and in some cases made room for bigger sellers. The commercial failure Side Show, based on the true story of depression-era conjoined twins, gave way to Something Rotten!, a contender for the best musical Tony Award that’s been building at the box office.

Celebs weren’t necessary for every hit. The star-less British import The Curious Incident of the Dog in the Night-Time has already recouped its $4.75 million capitalization. Musical revivals flourished, led by Lincoln Center Theater’s The King and I and the Roundabout’s On the Twentieth Century. Broadway also benefited from resilient holdovers from years past, including Beautiful: The Carole King Musical, Kinky Boots, Matilda, Aladdin, and the stalwarts Wicked, The Lion King and The Book of Mormon.

The average ticket cost about $104.20, roughly 30 cents more than in 2013-14. That’s progress of sorts, with the average rising about six dollars each over the past two seasons. Prices for hits remain astronomical. Fish in the Dark is charging as much as $499 for seats as far back as the last row of the orchestra at the Cort Theatre.

Broadway changed how it tallies results beginning in 2009-10. It added credit card fees and group sales commissions to grosses and complimentary tickets for press and award voters to attendance. The slate of shows will change, of course, after the June 7 Tony Awards. (See the Observer’s predictions for the tightest races, and who we are betting on, here and here.) Even so, the numbers suggest that Broadway is wrapping up its most prosperous season ever. 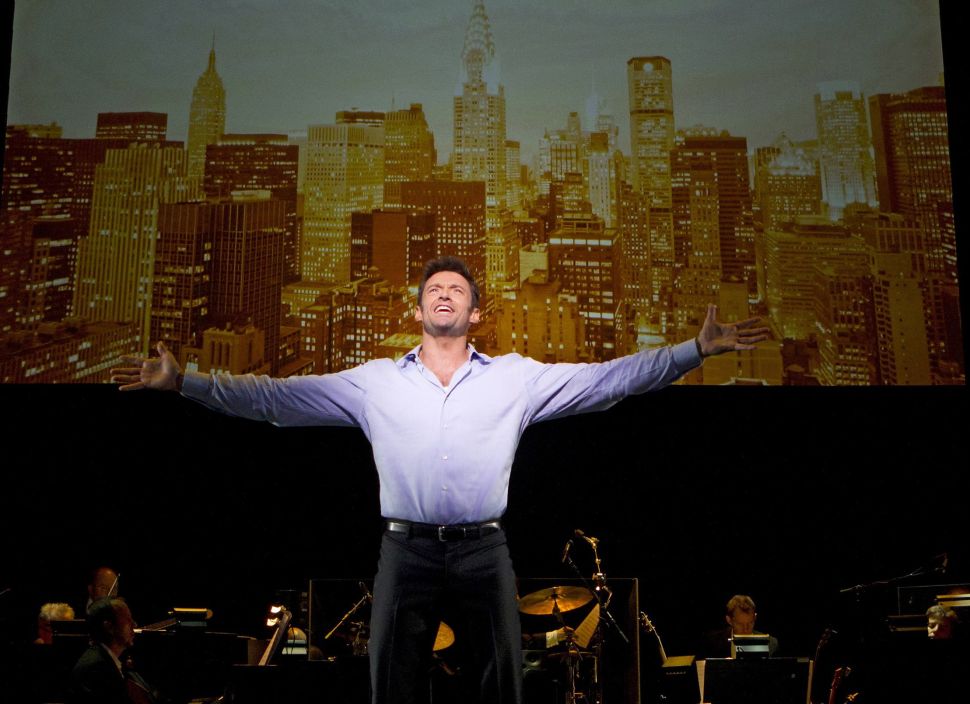