While American swans of society hit the shores of the Hamptons or Cape Cod for the long weekend, Euro jet setters have docked their yachts in Monaco to catch the Monaco Grand Prix. Among that crowd was social media royalty Gigi Hadid, Kendall Jenner, and their coterie of siblings and high profile BFFs including Kylie Jenner, Bella Hadid, and Hailey Baldwin. They marked their Sunday afternoon in Monaco with a flurry of Instagram posts, cheering on Mercedes driver Lewis Hamilton, who took home the third place prize this year.

Seeing as those names would likely never be mentioned in reference to a NASCAR race, why isn’t Formula 1 more of a favorable sport among the fashion flock?

The Monaco Grand Prix is undoubtedly the toniest of the stops on the F1 circuit. As the stands at other races on the tour tend to be filled with varying levels of Euro trash, this particular event has been famous for attracting a compact crowd of A-list actors and a handful of other notable attendees. In the past, the likes of Will Smith, Cameron Diaz, and George Lucas have made an appearance, while Cara Delevingne and Cristiano Ronaldo were spotted at this year’s Grand Prix.

Despite the lush location of the tricky race track, perched in winding curves above the French Riviera and surrounded by opulent wealth as far as the eye can see, shouldn’t more stars queue up to sit in the stands? Perhaps it has something to do with the unsightly noise cancelling headphones that must be worn to protect from the vicious roars of the racecars. Or maybe it’s the fact that the city’s streets are inconveniently closed to the public for the entire weekend. But can a few top models change this race’s perception for good?

Conveniently timed to take place just a few days after the completion of the Cannes Film Festival, it’s a mere 15 minute jaunt via helicopter from the South of France to the streets of Monte Carlo. And a car ride would only take only an hour from the Hôtel du Cap-Eden-Roc to the Hotel de Paris Monte-Carlo, door-to-door. That should help persuade more starlets to catch the contest. Plus, should the competition get dull, there are tony casinos to play in and posh yachts to lounge on. Think of all the Instagram opportunities there!

But back to the actual sport at hand, or at least the drivers. While there can only be one Grand Prix winner, quite a few competitors happen to be certified eye candy as well. There’s Mercedes’ Nico Rosberg, who was this year’s victor, as well as McLaren-Honda’s Fernando Alonso and Ferrari’s Sebastian Vettel, who were both unhappy with their poor rankings. So whether you’re after the vanity factor of the sport, or the technical details of the track, the fashion set and the A-list alike will definitely find something favorable about this sporting event. 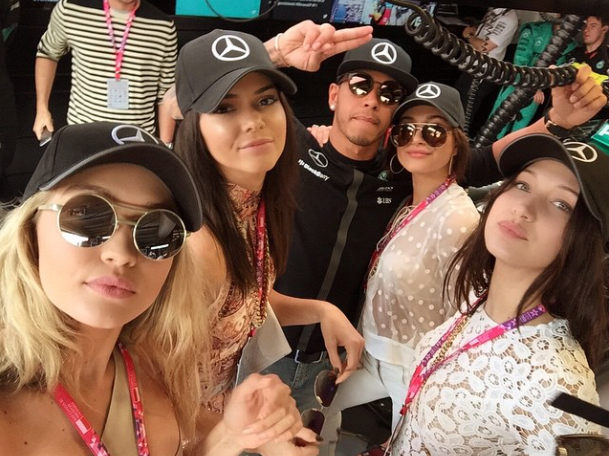