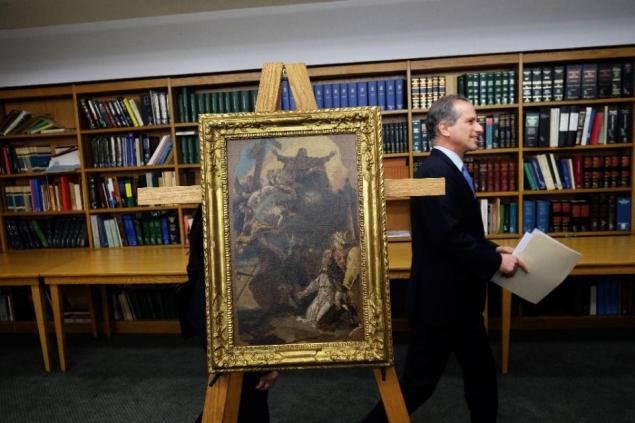 An 18th-century work attributed to painter Giovanni Battista Tiepolo, The Holy Trinity appearing to Saint Clement, is displayed during a ceremony to return it to the Italian government on February 24, 2105 in New York (AFP Photo/Jewel Samad)

Over the last decade, the Italian government (with help from the FBI) has been campaigning for the return of a number of priceless stolen artworks and artifacts.

Now the U.S. government is returning 26 objects, many of which were found in New York City, but that’s only a small fraction of what is still being sought.

According to the BBC News, one of the returned paintings was Venetian master Giovanni Battista Tiepolo’s The Holy Trinity Appearing to Saint Clement. The work was believed to have been stolen from a house in Turin in 1982. The other most significant piece detained was a bronze statuette of Hercules that dates to the 5th or 6th century BCE. It supposedly vanished from a museum in Pesaro, Italy in 1964, and has since been returned to the Oliverian Archaeological Museum.

Both items were seized by the FBI when they showed up at auction houses.

In a press release, Manhattan Deputy U.S. Attorney Richard Zabel stated: “These two works of art were stolen from their owners many decades ago and through shadowy channels arrived in the United States. Both the Tiepolo painting and the Etruscan sculpture represent Italy’s rich cultural history and today will be returned to their homeland. We will continue to work with the FBI to return stolen items to their rightful owners.” 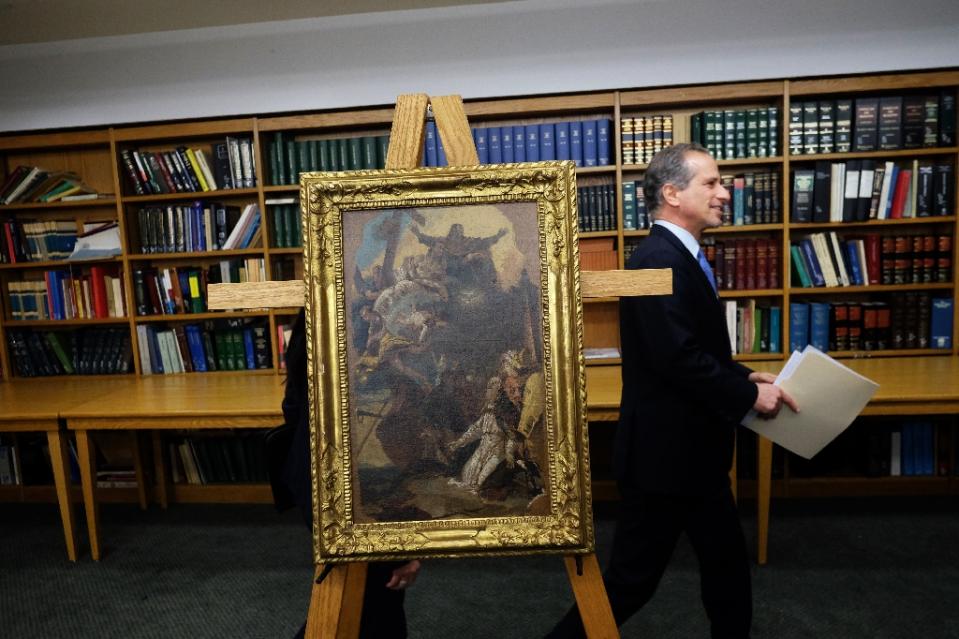