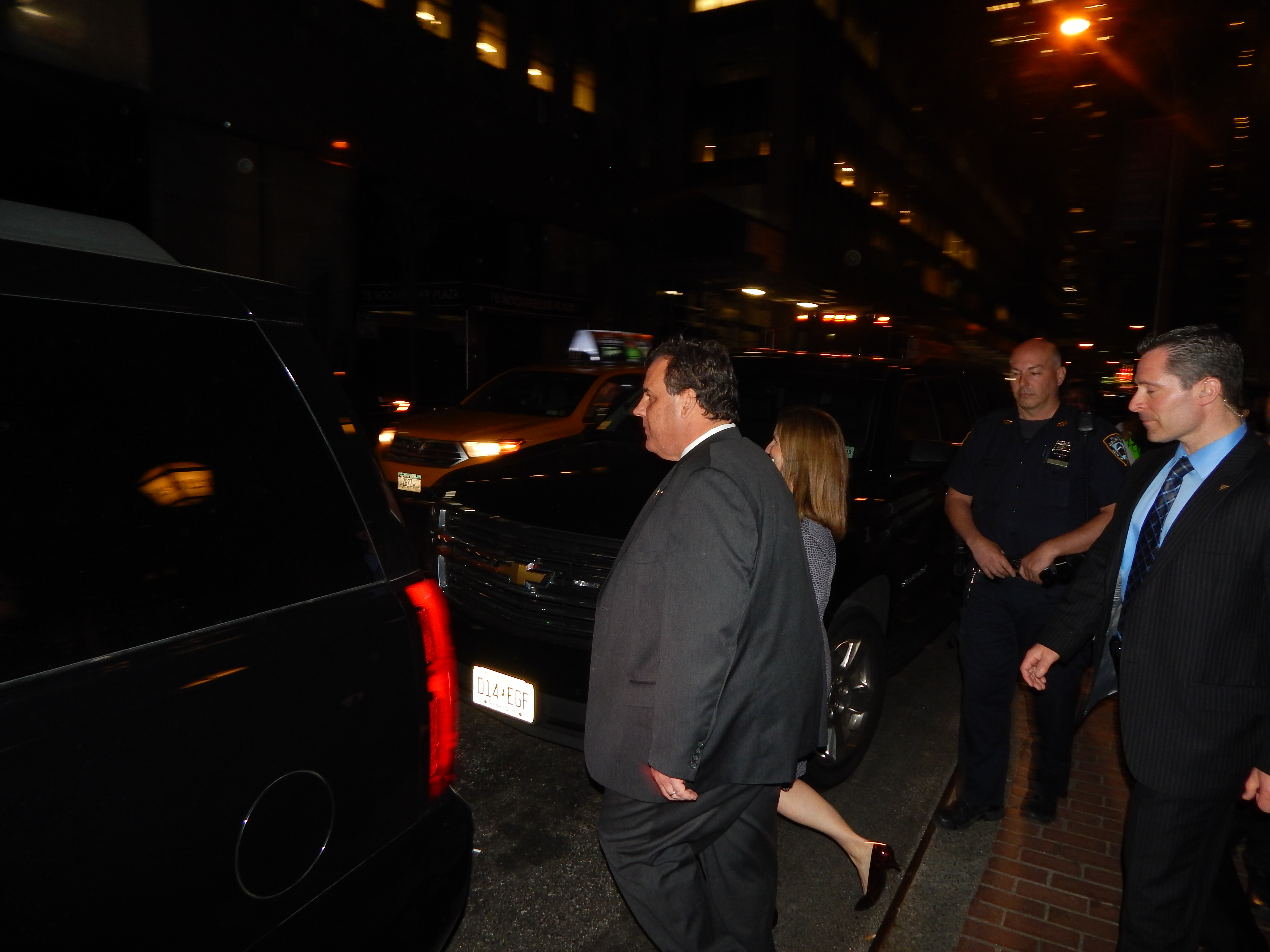 NEW YORK CITY – New Jersey Governor Chris Christie, moments after leaving a fundraiser held by the political action committee set up to support his potential 2016 Republican presidential campaign at New York’s elite 21 Club restaurant, paused before speeding back to the Garden State in his official SUV to answer a question currently under consideration in New Jersey: a statewide paid sick leave bill.

Sherrell Bracewell, 26, of Hillside, was one of a group of about a dozen protesters from the New Jersey Working Families Alliance, an independent progressive political organization, who waited for Christie to emerge from the Thursday night fundraiser, held by his Leadership Matters for America PAC. The group was expressing concerns that New Jersey has yet to pass a statewide paid sick leave bill although nine Garden State municipalities have done so, with Jersey City enacting its law first in January 2014 after passing it in 2013. Newark, Montclair and Trenton have since followed suit, among others.

Christie, watched by police officers, protesters and the 21 Club’s famed lineup of painted cast iron lawn jockey statues arrayed on the balcony above the entrance, offered a brief and pointed question of his own.

“Who’s going to pay for it?” Christie said. Christie opposes requiring businesses to give workers paid sick days, believing it to be a regulatory impediment that will only drive more companies out of New Jersey.

“With policies like this, Chris Christie isn’t running for president in 2016 – he’s running for president in 1916,” said Duffey, a reference to the year that Woodrow Wilson, the only New Jersey governor to make it to the White House, was reelected. “This is a policy that every single country in the developed world has except the United States. In New Jersey, we have to pass paid sick days piecemeal, city by city, because Chris Christie is standing in the way.

“In places like New York City, San Francisco and Seattle, where they passed their paid sick leave laws, they found that it actually provides productivity benefits,” Duffey added. “When you treat your workers right, and they’re actually able to stay home and get better, it leads to less turnover, more productivity and more employee loyalty, which is better in the long run. Look at Jersey City – they passed their sick year law over a year ago, and their economy is doing great.”

One couple from Vancouver on their way into dinner past the protesters outside of the 21 Club was confused by all of the hubbub.

“No paid sick days?” a woman said. “Why don’t you just come to Canada?”