Last week I wrote about DC’s Legends of Tomorrow, saying its possible that the CW’s Flash/Arrow spinoff could finally once and for all usher in super hero fatigue. This was something that was really hard to write, because my computer is down here and I was sitting all the way up here on my high horse. Because after CW released the first official trailer today…dammit. It looks really cool. It looks like a mini-Guardians of the Galaxy on a CW budget.

All in all, if I can watch a girl with wings team up with a dude with a freeze ray to take down a giant robot, consider this my second wind to get over super hero fatigue. 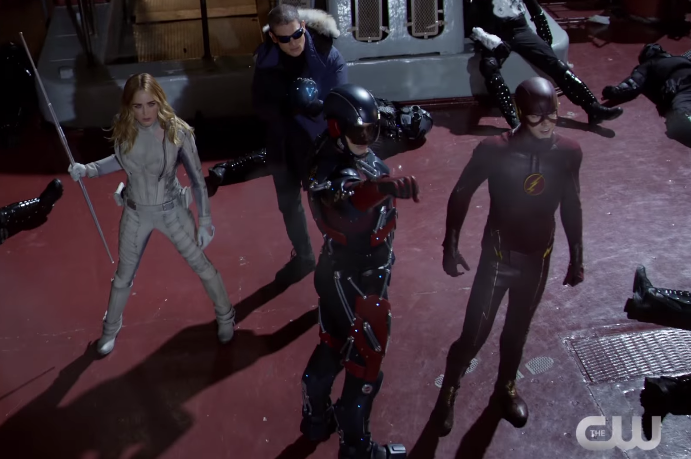