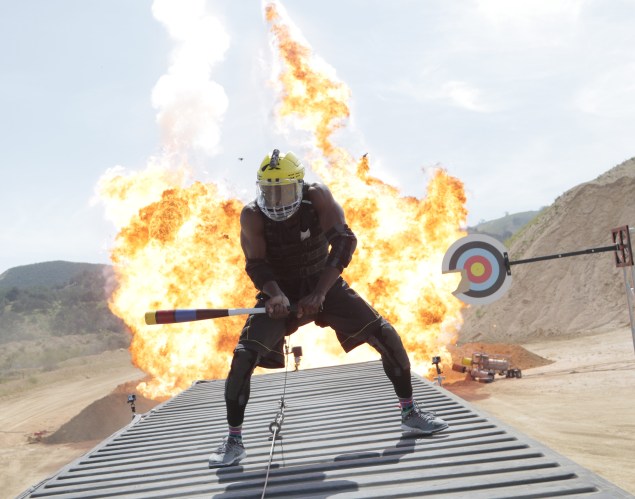 If you can’t beat them, wrap them in velcro and shoot them out of a cannon. Or so goes the concept for Fox’s newest reality series, Bullseye, premiering tonight at 9 p.m. Essentially, contestants participate in a number of physical challenges, aiming to land on a target, hit a target, or avoid dying horribly in an inferno for, I think, a cash prize? Maybe?

Bullseye is hosted by the illustrious Kellan Lutz, who excitedly noted in a trailer for the show, “When I heard that they were gonna do a bigger, stronger, more crazy stunt show, that’s right up my alley,” which loosely translates to, “I haven’t worked in a very, very long time. Will you help me Fox? Please? I’ll dance for you! I kind of look like Channing Tatum, that’s got to count for something, right?” Co-hosting with Lutz is comedian Godfrey, who is a person that apparently exists.

Now, before this gets too cynical, can we just stop here, for a second? It must be noted that Bullseye hails from the same producers as Wipeout, which is indisputably the best reality show ever created. I love Wipeout. I don’t know how to say this any more clearly, so I’ll just show you this.

And thus, anything created by the same minds will undoubtedly be equally (if not more so) brilliant. I’m not making fun of Bullseye (full disclosure: I am making fun of Bullseye). Regardless, I am intrigued by “a show where the competitors literally transform themselves into human darts,” as described by Lutz. In fact, I think there may be more that meets the eye to this new reality show.

So, without further ado, here are my hopes, dreams and speculations for Bullseye: 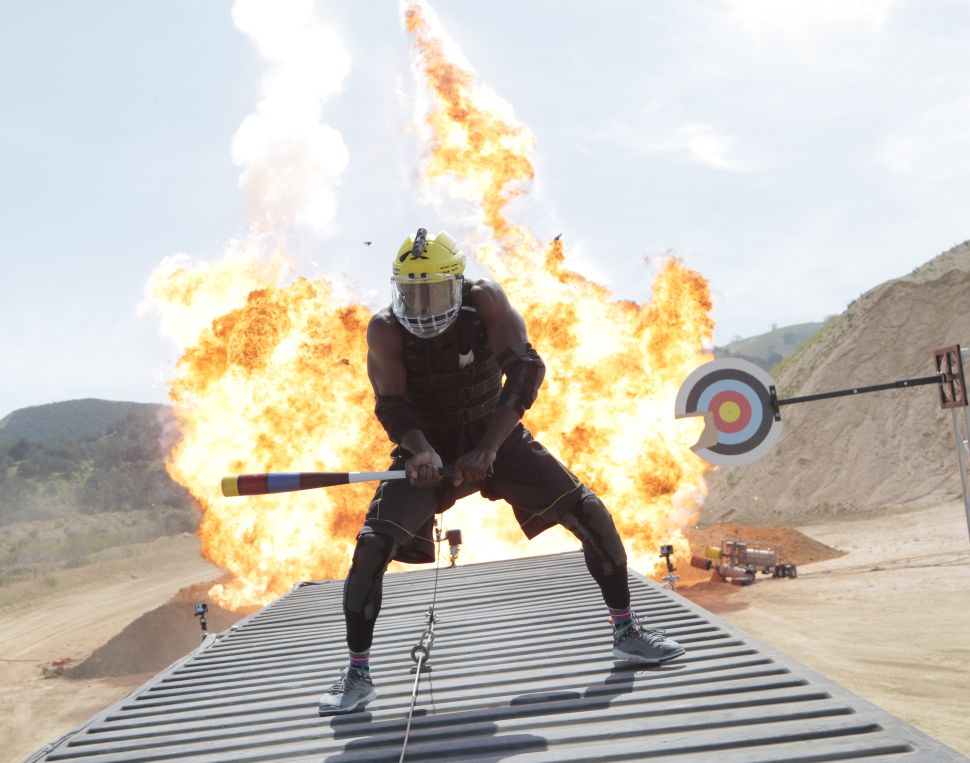