Hell almost froze over on the Upper West Side of Manhattan the other night at a two-hour debate on a measure whether to abolish the death penalty. The debate was organized by Intelligence Squared, a non-profit, non-partisan group that has sponsored more than 100 such discussions since 2006.

Lincoln Center’s Merkin Hall was filled, in part because of the reputations of two of the four speakers. Barry Scheck was co-founder of the Innocence Project and a member of O.J. Simpson’s Dream Team defense. His main opponent, Robert Blecker, a professor of criminal law at New York Law School and author of the book, The Death of Punishment, is generally considered the nation’s leading proponent of the death penalty. Mr. Blecker had spent hundreds of hours inside the walls of some of the nation’s toughest prisons interviewing death-row inmates and those condemned to life-without-parole.

Under Oxford Union-style rules, it would be the shift in audience attitudes—as measured by pre-and-post debate electronic tabulators—that would determine the winner.

The substance of the debate was familiar but passionately conveyed: Mr. Scheck and his partner, Diann Rust-Tierney, Executive Director, National Coalition to Abolish the Death Penalty, argued the death penalty was not an effective deterrent to crime, that it was racially biased, and that there is too large a risk of convicting – and executing – an innocent person. When Mr. Scheck reminded the audience that George Will has instructed conservatives that “Capital punishment is a government program, so skepticism is in order,” the audience responded with the enthusiasm a boxing crowd exhibits when seeing first blood.

Mr. Blecker and his partner, Kent Scheidegger, Legal Director, Criminal Justice Legal Foundation, argued the studies were flawed or biased, that there is risk in every human (and government) endeavor, but that the risks were offset by automatic appeals and capable legal representation all designed to ensure against executing someone falsely convicted. Most importantly, the death penalty must be reserved for the worst of the worst of the worst – justice demanded it.

For most of the two hours the abolitionists seemed to have the upper hand, pounding home the question: how much risk that we’d execute an innocent man was acceptable? They cited the recent case of Cameron Todd Willingham, who was executed in Texas for an arson murder — based on what now is acknowledged by the state itself to be bogus arson evidence.

The recent conviction of the Boston Marathon bomber, Dzhokhar Tsarnaev, was mentioned only by one debater, Barry Scheck, who pointed out that several of the victims of the attack have called for sparing Tsanarev’s life. The just punishment, the abolitionists argue, is life without parole. That is a fate, they repeat, that is worse than death itself.

But it was that very alternative punishment – life-without-parole – that provided Mr. Blecker with the opening he seemed to be waiting for. Because he responded with the flurry of evidentiary and rhetorical punches that brought him back into the match.

For more than 10 of the 25 years Mr. Blecker has been given access inside prisons, and he has been allowed to bring a video camera with him. And his recordings of life behind the walls – at least for those serving life sentences – are far different from the perceptions most of us have from watching Oz, Prison Break, or Orange is the New Black. While not quite leading country-club lives, prisoners serving life-without-parole often enjoy TVs in their cells, craft rooms, music recording studios, generous commissary choices, organized sports leagues and other privileges not normally associated with prison life. Blecker described visiting prison and seeing Joshua Komisarjevsky – sentenced to death for the rape and murder of three members of the Petit family in a horrific home invasion in Cheshire, Connecticut – sitting on his bunk eating a Hershey Bar while watching a ballgame on his personal TV set.

The final round in the debate allowed each participant to make a closing statement. Barry Scheck pulled what seemed certain to be the trump card: he asked two members of the audience to stand. Two middle-age African-American men stood, and Mr. Scheck introduced them. Both had been convicted of murder – one sentenced to death – and later exonerated by DNA evidence. Could anything better bring to life the risks of executing an innocent man?

Mr. Blecker began his final rebuttal, and was gracious in his acknowledgement of the exonerated men’s innocence and travesty of justice. But he quickly segued to his retributivist argument that “The past counts. It counts independently of the future benefits that derive from our actions.” Justice and human dignity demand we honor the covenant with the dead, and he prodded the audience: “You’re upholding the victim. You’re upholding a sense of justice. You’re upholding a sense of proportionality. You’re ultimately upholding human dignity.” This brought forth the largest burst of applause that night.

Minutes later, the audience voted, and the result seemed to unbalance the otherwise capable moderator, John Donvan of ABC News: he had to re-record his concluding remarks twice. The winners were the pro-death penalty advocates, Mr. Blecker and Mr. Scheidegger. Fully 40% of the post-debate audience said they wanted to maintain the death penalty, up from only 17% before the discussion began. Abolition was supported by 54% up from 49%. In fairness, a larger number of the 400-plus people in Merkin Hall voted in favor of abolition. But under the rules, it was the shift in the audience attitudes that determined the winner.

As people left Lincoln Center, the shock of what they had witnessed dissipated slowly. After all, this took place in the bluest of blue neighborhoods. Solid thinking and well-argued advocacy had jarred political orthodoxy.

It didn’t last long. Two weeks after the live event, Intelligence Squared released an edited version of the debate for NPR radio and podcast. And although the website accurately reported the winner, one would never be able to understand why based on the edited audio posted. In an apparent effort to allot equal time to each participant, the editors excluded many of the most convincing arguments made by Mr. Blecker and Mr. Scheidegger.

The edit was so obviously biased that someone affiliated with Intelligence Squared (IQ2) who had been in the audience and later heard the truncated poscast, complained to the IQ2 management. He said it was a misrepresentation of what really happened in Merkin Hall that night. Still, the editors refused to re-edit the segment.

Under the guise of being “balanced”, Intelligence Squared abandoned fairness. Apparently, while the habitués of the famously liberal Upper West Side could withstand the shock of contested conventional wisdom, a guardian for the larger NPR audience could not.

Steve Cohen is an attorney at KDLM in New York 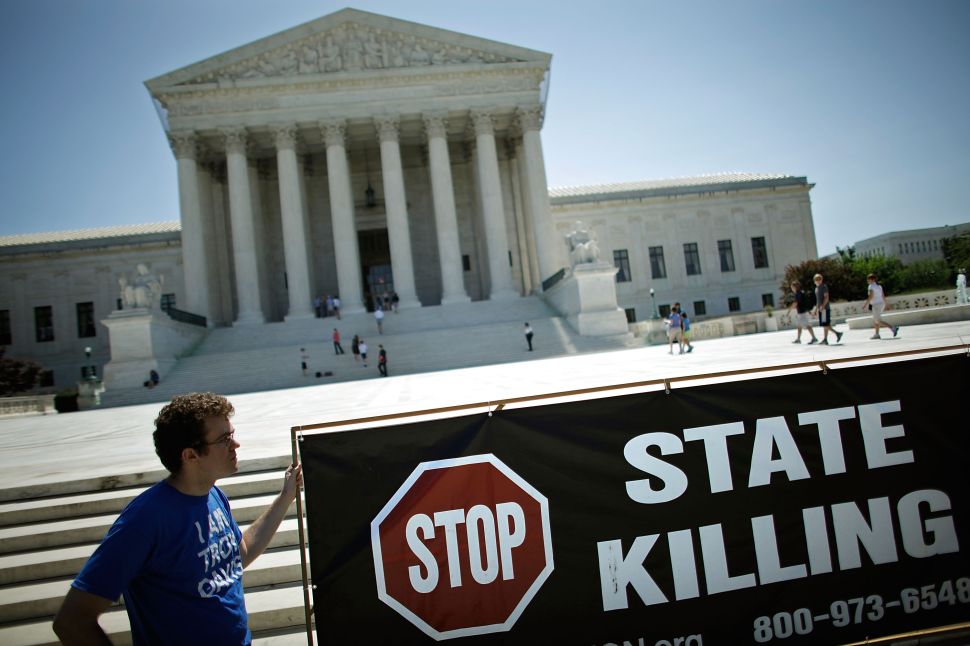