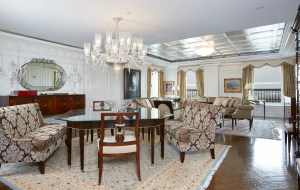 It’s always a little sad seeing a billionaire trapped in a too-small apartment—a bit like watching a cheetah at a zoo pace back and forth behind the bars of its cage.

But what can you do? If a building’s penthouse happens to be on the wee side (say, a mere 4,000 square feet), well, that’s just the way it is. Right?

Unless, of course, you don’t stop at just one penthouse.

Condo combinations are nothing new. New Yorkers with the necessary means have been purchasing and putting together multiple properties at least since John Jacob Astor IV combined his family’s pair of Fifth Avenue mansions more than 100 years ago.

Recently, though, the combo trend has accelerated, driven by rising demand for larger apartments as increasing numbers of families and wealthy foreign buyers are choosing to settle in the city. According to appraiser Jonathan Miller, the number of combined listings on the market in the first quarter of 2015 was up 13 percent over Q1 2014 and 53 percent compared to Q1 2013.

“The demand for super-sized luxury apartments city-wide has really increased,” said Douglas Elliman broker Michael Graves, who represents a pair of apartments at Walker Tower in Chelsea that are being offered together as a single six-bedroom, 7,000-square-foot unit for $44.5 million.

“There is a huge international interest in New York City on the residential front right now,” he told the Observer. “And you have a lot of very high net-worth people looking at [the city] as a place to live.”

But while such buyers, Mr. Graves noted, “live a lifestyle in keeping with very large apartments,” the city’s inventory doesn’t always offer what they’re looking for.

“They come to New York and have a hard time imagining living in 3,500 square feet,” he said. Two 3,500-square-foot apartments, on the other hand, might just do the trick.

Douglas Elliman’s John Gomes has the listing on two penthouses—a 3,000-square-foot four-bedroom and a 2,700-square-foot three-bedroom—being offered as a combo at 290 West Street in Tribeca.

“We’ve had people look at these penthouses [individually] and say, ‘Oh, god, I really love this, but it’s just not big enough,’ ” he said. “And then I say, ‘Well, actually, we could do this…’ ”

Also driving the trend toward doubling up is the recognition by developers that more penthouses equals more money, Mr. Gomes noted.

“Developers used to just build one magnificent penthouse on the top, but now they’re trying to maximize that penthouse cache, and as a result you’re seeing multiple penthouses together,” he said, adding that builders typically construct these multiple penthouse units with the possibility of combining them in mind. That means, for instance, designing individual layouts so that combined units can be arranged in a way that makes sense, as well as making sure walls can come down without having to reroute electrical or plumbing systems. 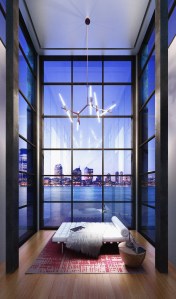 “Virtually every building that is coming to market now has some sort of super penthouse, and I think people are trying to capitalize on that trend,” said Daniel Hedaya, president of Platinum Properties, which represents a pair of 1,700-square-foot penthouses at 15 William Street that are also available as a combo for $9 million.

Sold separately, the two list for $4.5 million and $5 million. Combos don’t typically come at a discount, though. In fact, Mr. Miller noted, in some cases units can cost more together than they would separately.

“There’s a premium for larger contiguous space, so you see a higher per foot value associated with a larger unit, all other things being equal,” he said.

The Plaza has seen a number of high-profile apartment combos, including Tommy Hilfiger’s 6,000-square-foot duplex penthouse (currently listed for $75 million), which the designer crafted from two units he purchased in 2008.

This is largely due to the relatively small size of the building’s units, Ms. Hirsch said. “I think when they [converted the building to residential], the apartments weren’t as large as what the demand [dictated].” 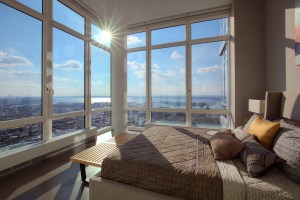 Combining units typically isn’t a buyer’s first choice, however, Ms. Hirsch noted, but “when you can’t find what you need or when there may be some sort of a value there if you’re willing to undergo a renovation, that’s when we look to combinations.”

“We’re planning these buildings sometimes two years in advance in a boardroom,” he said. “You don’t ever know what the future is going to bring—who the buyers are going to be, and what they are going to be looking for. So you want to be able to keep all of your possibilities open.”

Indeed, Adam Feldman of developer HFZ Capital Group said the company, whose buildings include One Madison, The Chatsworth, and Fifty Third and Eighth, has moved towards offering mainly smaller units that buyers looking for larger apartments can combine.

“Starting small gives us the flexibility to sell those lower price point units and then combine them when there is demand for it,” he said. “We are sort of transitioning out of the strategy of building large units and then being stuck with inventory in the $10 million-plus range.” 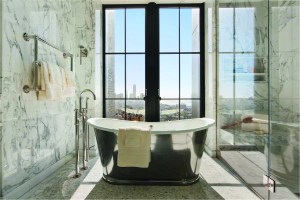 “The thinking was that three-bedrooms are always premium, there never seem to be enough three-bedrooms on the market,” Stahl’s Roger Fortune said. “So, if you have two kids, how long can they share a bedroom? By creating [the A-B line offering] as a combo, what we’ve done is built in that expansion.”

For Aaron Chang, who moved to 388 Bridge in January, the A-B line’s expansive kitchen and dining room layout was the key to his decision to buy a combo unit instead of one of the building’s conventional three-bedrooms. 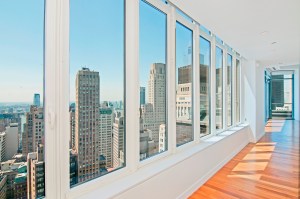 “At the beginning I was looking at the [standard] three-bedrooms, but the kitchen and dining room areas were too small,” he said. “I told them I wanted the units combined and they did it for me. That was it. It wasn’t hard.”

And then there’s the do-it-yourself
approach. Six years ago, Douglas Elliman brokers Paul and Carolyn Zweben undertook a project combining their one-bedroom in a Riverside Drive co-op with a two-bedroom unit they purchased directly below them.

While ultimately worth it, the experience wasn’t without its unpleasantness, Mr. Zweben said, adding that anyone considering a combo should rent another place for the duration of the project.

Most important, he advised, is nailing down your paperwork—especially the all-important Letter of Completion from the Department of Buildings, which certifies that the project is finished and all permits are closed.

Mr. Zweben recalled a combo apartment he and his wife represented last year for which the seller had never gotten the letter.

“The first thing the buyer’s attorney asked was, ‘Do you have a Letter of Completion?’ ” Mr. Zweben said. “And we had already been working on the letter because we knew there wasn’t one. But there was a plumbing permit that had never been closed and the plumber just wasn’t responding to us.”

It took some delivery to seal the deal.

“We sent [the plumber] $300 worth of pizza, and the next day [the permit] was closed out,” Mr. Zweben said. “So, nothing wrong with a little pizza.” 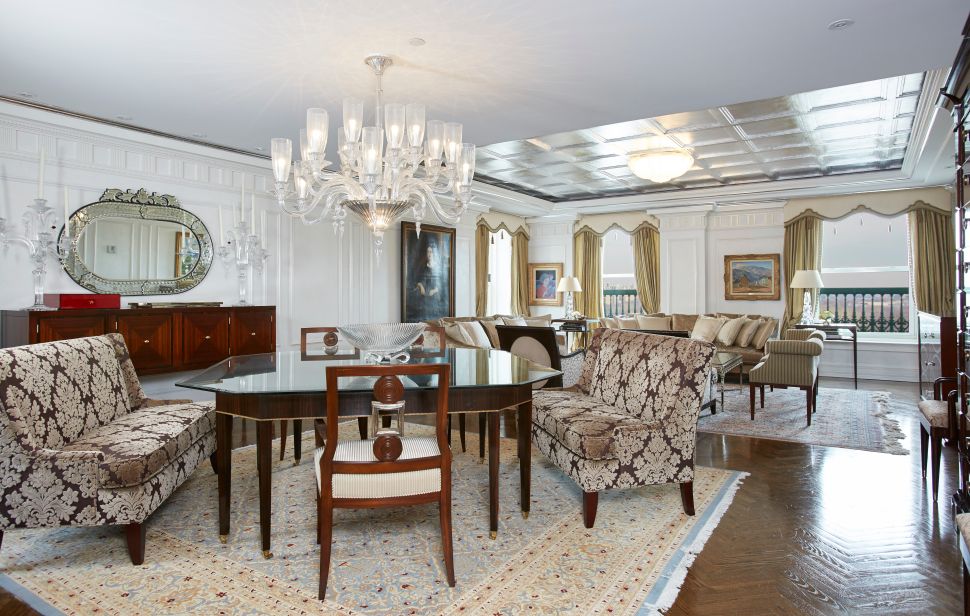