State Senator Mike Doherty (R-23) is not the only Republican in the legislature who says Bridgegate began with Gov. Chris Christie.

Offering a tempered version of the criticism Doherty levied against the governor earlier this week, Assemblyman John DiMaio (D-23), the senator’s district-mate, suggested that Christie could be responsible for creating a “culture” in which his subordinates felt it admissible to close access lanes at the mouth of the George Washington Bridge in 2013 as political retribution for a local Democratic mayor. He said it’s “hard to believe” that it actually happened, “but it if did, you could kind of see how they might have gotten ahead of themselves.”

“If it’s true that the folks down in the ranks did this, which the jury is still out over, it could be a result somewhat of this corporate culture, where they were going to mow down the Democratic candidate, everybody in the organization is all pepped up, and that trickles down to people in the staff,” DiMaio told PolitickerNJ. “But I’m amazed, and I can’t believe half of it.”

Christie has denied involvement in the scandal. But the indictments and guilty plea of three of his close staff members in the federal investigation into the lane closures last week has thrown the Republican — and aspiring presidential candidate — back under a cloud of suspicion. Critics, particularly among Democrats in the legislature, insist that questions persist over whether Christie had knowledge of the lane closings while they happened, and on his second trip to the first-in-the-nation primary state of New Hampshire today, he was met with scrutiny from the press.

Perhaps the most damning criticism, however, has come from within his own party. Last week, Doherty told PolitickerNJ that he believed it was Christie’s leadership style — and the atmosphere it fostered during his 2013 reelection campaign — that ultimately led to the scandal, saying Christie had “no one to blame but himself for the entire fiasco.” Doherty pointed to Christie’s focus that year in recruiting the support of Democratic mayors and officials to bolster what turned out to be an overwhelming reelection win, arguing that the strategy left some Republicans by the wayside.

“I think I represent a lot of people who think he used us to get into the office, and then when it came time to use up some of that political capital that we helped him garner, he decided he was not going to expend any political capital on any of the Republican candidates, he was just going to use it for his own ambition,” Doherty said.

DiMaio — whose district, as does Doherty’s, includes a heavily conservative swath of Warren and Hundterdon Counties in west New Jersey — reiterated some of the senator’s complaints, suggesting if Christie had “better reigned in” his staff, they would’ve been less likely to go rogue. Unlike Doherty, however, he did stress that he has deep respect for the governor, and believes he has taken appropriate responsibility for the controversy.

In New Hampshire yesterday, Christie said he had made “a mistake” in hiring those staff members involved in the closings, but noted that he quickly fired them in early 2014, just after the scandal broke.

“Had it not been for this governor, I think the state would’ve been bankrupt. He’s done a tremendous job. We were two billion dollars in the whole when he walked in the door,” DiMaio said. “But there are obviously some things that I don’t agree with him on.”

Asked if Bridgegate might reflect poorly on Christie’s presidential prospects — as one reporter in New Hampshire also insinuated  — DiMaio said no.

“He has the tools to do the job,” he said. “But again, when you hire people like that — maybe this is a learning experience.” 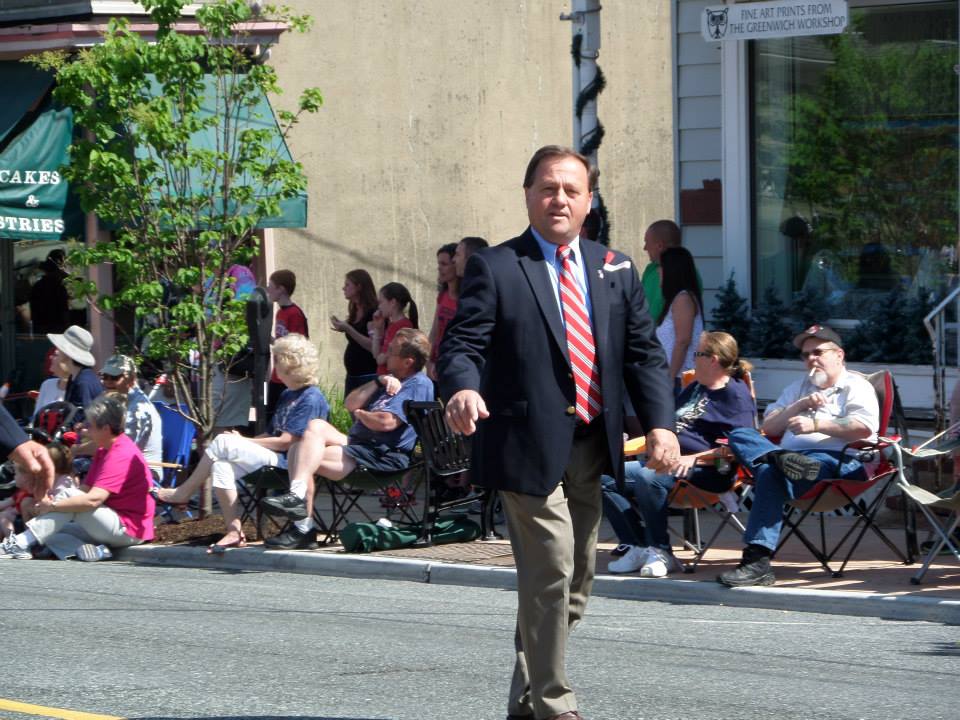