The tender magnetism of Blythe Danner turns an intelligent, sensitive story of love among the not so young into a work of art. Romance over 60 is neither inconceivable in life nor unusual on the screen, and—big news!—it’s often a subject that guarantees box office anemia. So skeptics are probably waiting in the bushes with tomahawks. True, I’ll See You in My Dreams might not have the same resonance in less capable hands, but except for a tendency to tug at the heartstrings a little too often, it’s just about perfect.

In a role that fits her like a leotard, the throaty, resourceful star plays one of those casually well-pruned Southern California blossoms that never fade. You see them tipping valet parking as they climb into their sensible cars in Beverly Hills to pick up a fresh artichoke on the way home from lunch at The Ivy. Widowed for 20 years, despite the efforts of her three best gal pals (Rhea Perlman, Mary Kay Place and the marvelous Oscar-nominated June Squibb, who played Bruce Dern’s frisky, irritating wife in Nebraska) to strong-arm her into investigating the humiliating Southern California dating rituals, Carol is one of those healthy, self-reliant women who had a great marriage for most of her adult life and now refuses to give up her comfortable house and independent lifestyle to settle for second best. (At one club social for senior singles, one eager beaver even tells her she’s a real catch and it’s O.K. if she’s got herpes.) That signals the end of the Lonely Hearts tango.

But suddenly, fate enters on stealthy fingers. First, her best and most reliable friend and inseparable companion—her dog—has to be put to sleep. One look at the emotions filling Ms. Danner’s generous, life-affirming face, and if you don’t shed a tear along with her, you better check your pulse. Life suddenly seems less loving, days less fulfilled and time less urgent. So what do you do? Lie down, cover yourself with your dog’s blanket and give up? No way. Things are happening too fast.

First, she meets Lloyd (Martin Starr), the handsome, amiable new pool-cleaner guy, who, although years too young, offers to take her out for dinner and karaoke, where Carol tastes her first apple martini. They develop an ardent mutual affection, but this is a careful movie that avoids clichés. Sex is put on ice, and although Lloyd spends the night on Carol’s sofa, they never quite get around to the bedroom before she meets Bill (welcome back Sam Elliott). At the health food store, he’s the mature, snowy-haired, California-tanned Marlboro Man with the twinkle in his eye and the whistle in his heart. He spots her rifling through the vitamin supplements and says, “You don’t need all that. You’re just right the way you are.”

He’s fresh, but he makes her smile for the first time in weeks. This is one who makes her girlfriends swoon with envy. Besides, Bill is the same name as the late husband she adored. From falling asleep to the Late Show, Carol finds herself with an answer phone filled with messages, juggling dates and tasting the fruits of the forbidden lotus. “People talk about living in the moment like it’s some kind of a goal—what does that even mean?” Bill has all the answers. There is even some serious talk about marriage. At last, Carol discovers there is more than one way to open a locked door without calling a locksmith.

This might sound like a contrived sitcom, but don’t give its potential as a feel-good learning experience short shrift. Sam Elliott is warm and memorable as the older man with faults of his own. Martin Starr is touching and vulnerable as the younger suitor wise enough to know age isn’t everything. Malin Akerman is the perfect daughter turned confidante. The elements all conspire to create a lasting impression, from the uniform individualism of Ms. Danner’s friends to cinematography so bright you can feel the California vitamin C soaking into your pores. The intelligent, nuanced direction by Brett Haley, who wrote the naturalistic script with Marc Basch, has a genuine perception of the way real people think, feel and talk. It teaches many wise lessons about life, love and loss—not the least of which is the serendipitous message that life without a plan is a good thing. It leaves you open for the thrill of experience by accident.

Then, before succumbing to the rainbow hues of a Hollywood ending, Carol loses again. Never mind that I’ll See You in My Dreams has the same title as a 1951 Doris Day musical about songwriter Gus Kahn.  Everything happens with logic, a maturity of feeling and the special tonic only Blythe Danner can provide. This is a serious movie—not only about the joyful things that can happen to people after a certain age, but about how they find the courage and spirit to handle the sad things when life gets in the way. 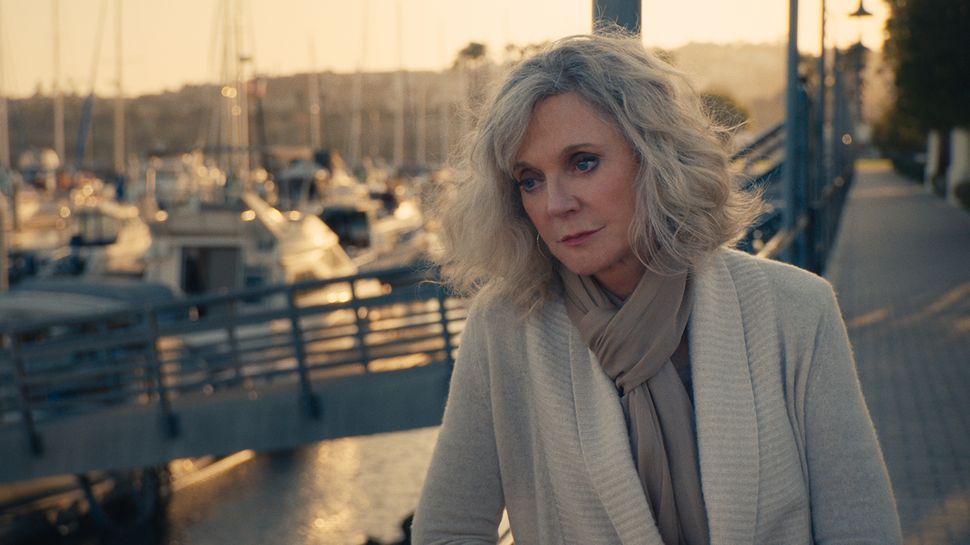 Filed Under: Movies, Movies, Reviews, Blythe Danner, i'll see you in my dreams