“I took all touring off right now. We have a daughter graduating from high school and we went to her new college for the new student visitation weekend. Then our other daughter has a big dance concert. So I’m staying as close to home as I can,” says Duff McKagan, co-founder and bassist of Guns N’ Roses and Velvet Revolver.

McKagan, who currently performs in Kings of Chaos, a pick-up covers band with occasional members from Def Leppard, ZZ Top and Aerosmith, also has his own rookie troop, Walking Papers. However, the next time McKagan hits the road will be a promotional tour for his second book, How To Be A Man (and other illusions). The book follows his 2011 memoir, It’s So Easy (and other lies), which recalled his drug and alcohol addiction, and a wild youth in one of the biggest rock bands of the last century.

“It’s pretty balls-to-the wall when you do book tours,” says the now-sober and drug-free 51-year-old, speaking from his house in Los Angeles (his other home is in his native Seattle). “It’s like, being a musician all my life, it’s a different experience for sure.”

That’s quite a compelling title.

When I was 18 or 19, like most fellas, you think being a man is how good you can fight, how much you can drink, and how many girls you can get. Then, when I was 37 and we had two kids and I wasn’t drinking anymore, I was at the grocery store with the two babies and my wife was on the phone, and it was really chaotic. I was buying diapers and toilet paper, and I realized I was the happiest I’d ever been. I was like, wow, what a change in what I thought being a man was. It’s about growing up, I guess.

Did you intend this as an instructional book?

I wouldn’t know how to write a real instructional book and who would I be to tell people what and what not to do? It is instructional in that it’s what I’ve learned and what others have taught me. Sometimes figuring out the hard stuff, you know, you walk into the brick wall a hundred times and then you figure out how to walk around the brick wall. In that, it’s instructional.

The book is set during recent Kings of Chaos and Walking Papers tours, and you include travel tips and frustrations.

I kind of get serious. I’m like, “Hey, when you go through an airport this is what you do, this is what you don’t do. Please, if you’re next to me at an airport, then take your computer out of the bag and take your belt off. It’s really simple; let’s get it together people.” My daughters had it down when they were 5 or 6. They’d have their shoes off and their stuff out. Yeah, some of it’s me just venting.

There’s so much waiting around in rock and roll, do you keep a diary or anything on the road?

Oh my god, the downtime! I used to use downtime to look for drugs. Now, instead of looking for the man, I look for a gym. I stay busy. I wrote this book in downtime on planes, the tour bus, on ferries—the Irish North Sea ferry. It was written backstage and in studios. I like to write when there’s something going on around me. I’ve tried doing it alone; I can’t do it. You are always alone when you’re writing anyway: it’s just you and your Word document. I like stuff going on around me for some reason; I seem to flow better.

You recount turning down an offer to party on a yacht in the San Juan Islands with Steven Tyler because you had to fix your deck.

These guys were like, “Take the plane and come out on the yacht,” and I had to fix the deck. I had to stain it and there were a couple of loose boards. I have family; I don’t want someone having an accident. They sent me pictures of what they were doing and I sent them pictures of what I was doing. They were like, “What, you had to fix your deck?”

Would the young Duff McKagan have turned down a night with Steven Tyler?

How To Be A Man (and other illusions) is published May 12 by Da Capo Press. McKagan will be signing copies at Manhattan’s Strand Books on the day of release. 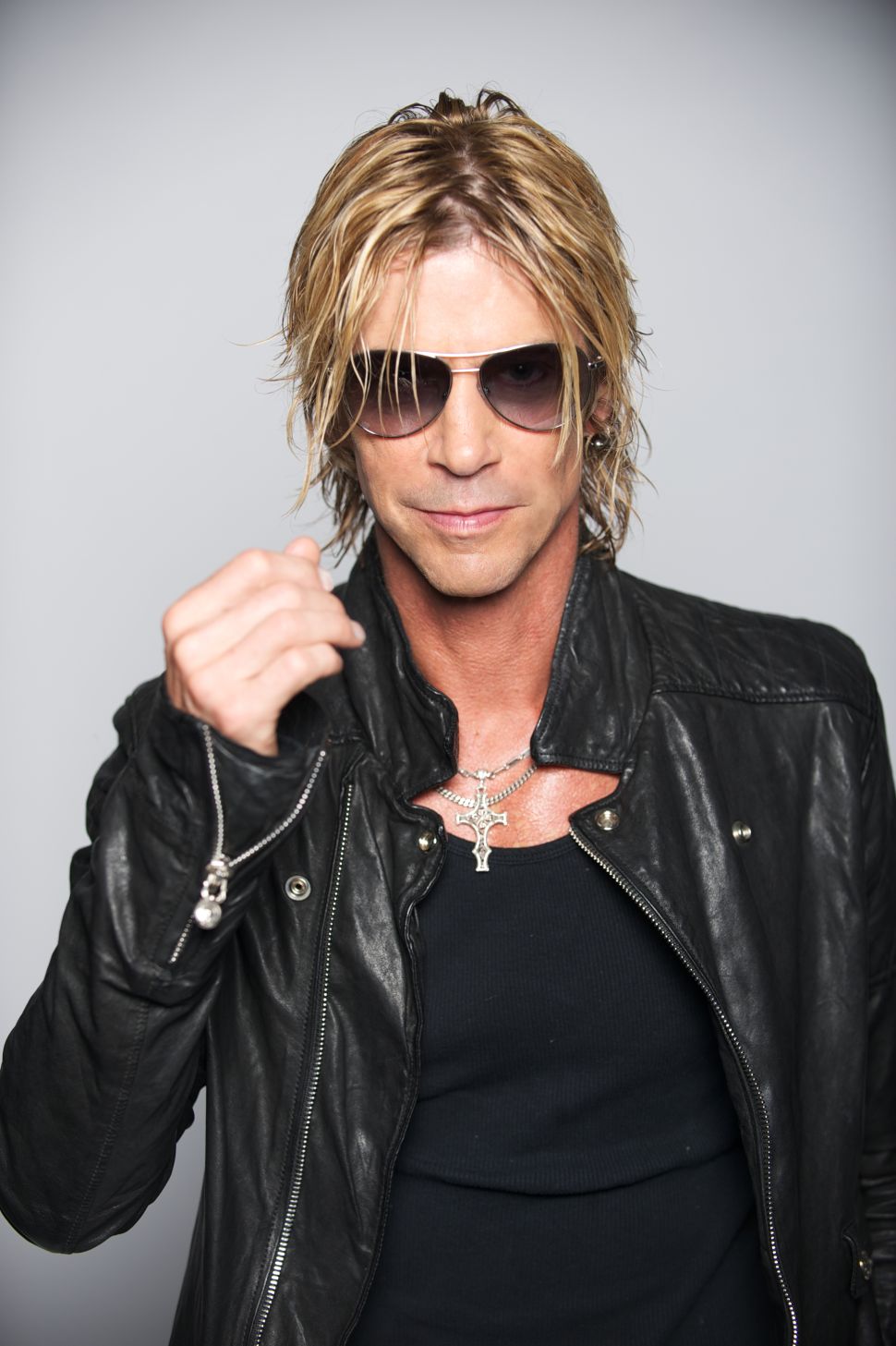