Both last week’s and the week before’s episodes could (and maybe should?) have doubled as the Grey’s Anatomy season finale. Yet here we find ourselves, having time-jumped a year and watching stories that were referenced quickly in last week’s jam-packed episode but that we haven’t actually seen organically develop. For example: April and Jackson are having problems, because April is back from her surgical training in the military and is Different now. We know this because Jackson tells us, but also because April isn’t crying about the loss of their baby anymore and she is handling trauma and intense medical situations more responsibly and creatively than anyone else at Grey Sloan Memorial. So it’s probably a really good thing that New April is around, because New April is awesome.

Also of note: Richard and Catherine’s wedding might be off for good, but they only got engaged at the end of last week’s episode, after an hour and a half of Catherine talking about why she didn’t even want to get married, so no one really cares. Amelia and Owen are shooting each other significant glances, but they aren’t actually talking to each other, so who knows what that’s about. Wilson is inspired by April’s newfound awesomeness and wants to go to the next military training program with Owen, but Karev is side-eyeing this, so it’s probably time for her to dump him. Maggie has an ominous phone conversation with her mother. And there’s a new batch of residents who seem sort of dumb, but Stephanie is going to take care of that.

But there was one key scene that did feel earned and organic, and that was Amelia confronting Meredith about her decision to pull Derek off of life support. Unless there is some loophole in Shondaland that I’m unaware of, I think it’s probably unethical and a huge conflict of interest for a doctor to operate on her sibling. I’m assuming that’s the biggest reason why Meredith didn’t call her sister-in-law and tell her to come to the hospital where Derek was being treated, along with the reality that he was already too far gone by the time Meredith knew what was going on. But Amelia’s anger and grief feels totally justified. Derek may have had a tumultuous relationship with…well, everybody, but that doesn’t mean that none of them wanted a chance to say goodbye. Meredith may very well have needed to handle the situation herself and then run away, but by doing so, she didn’t even give Amelia the chance to see him, let alone attempt to save his life.

Everyone’s done their best to be understanding of Meredith’s decisions, but it was time for someone to call her out on her selfishness, and Amelia was the right person to do it. People make weird choices when they’re grieving, so Meredith’s desire to run off and process her feelings alone does not really seem that strange. But her actions have an impact on those around her, and for Amelia to be without her sister-in-law and nieces and nephew after her brother’s death is definitely harsh. It’s no wonder that she started thinking about using drugs again, and if people found it justified to get angry at her for coping with gallows humor, they should at least direct the same amount of anger toward Meredith for making Amelia feel totally alone. Now that Meredith is going to move in with Karev temporarily and Owen is resigning as Chief, she’s about to feel even more isolated, and it’s scary to think of where that will take her as the season wraps.

Amelia is not the only person in Shondaland feeling justified rage this week. Mellie Grant needs to pull ahead in her senate campaign, so Elizabeth suggests that she campaign in Springfield, Virginia, where she’s sure to attract a lot of women voters. Springfield, of course, is where her son died at the end of last season, and she’s not enthused by the idea of visiting that place again and making her speech about his death. But her anger doesn’t explode until she finds out that Fitz isn’t intervening in a military rape trial and Elizabeth shows her a draft of her speech that uses Jerry Jr.’s death to frame her stance on rape. Though she never explicitly invokes the night when she was raped by Jerry Sr., it’s clear that the memory isn’t far from Mellie’s mind when she yells at her husband and campaign manager for making her put her trauma on display.

Ultimately, Mellie agrees to the Springfield appearance, and in a speech that sounds truly from the heart (and likely a departure from whatever Elizabeth wrote), she galvanizes the crowd by declaring her commitment to women in the military, particularly those who have undergone abuses like that which Ensign Martin endured. By standing up for women and going against her own husband’s policies, Mellie is distinguishing herself as a conservative woman that young people — maybe even some feminists — will be able to support. That’s going to go a long way toward winning her the election.

Despite the ethical considerations that Sally Langston raised in the last episode, it really seems as though Mellie could end up being an excellent senator. She and VP Susan Ross (I’m not the only one who thinks of Seinfeld every time they say her name, right?) are proving that there really are some benefits to approaching the system from the outside. They don’t see things as cynically as Fitz and Cyrus do, and while that might mean that they’re approaching situations less realistically and opening the doors to problems that might not otherwise exist, they’re also driving some actual change and making a difference. It’s starting to look like the wrong Grant is sitting in the Oval Office. 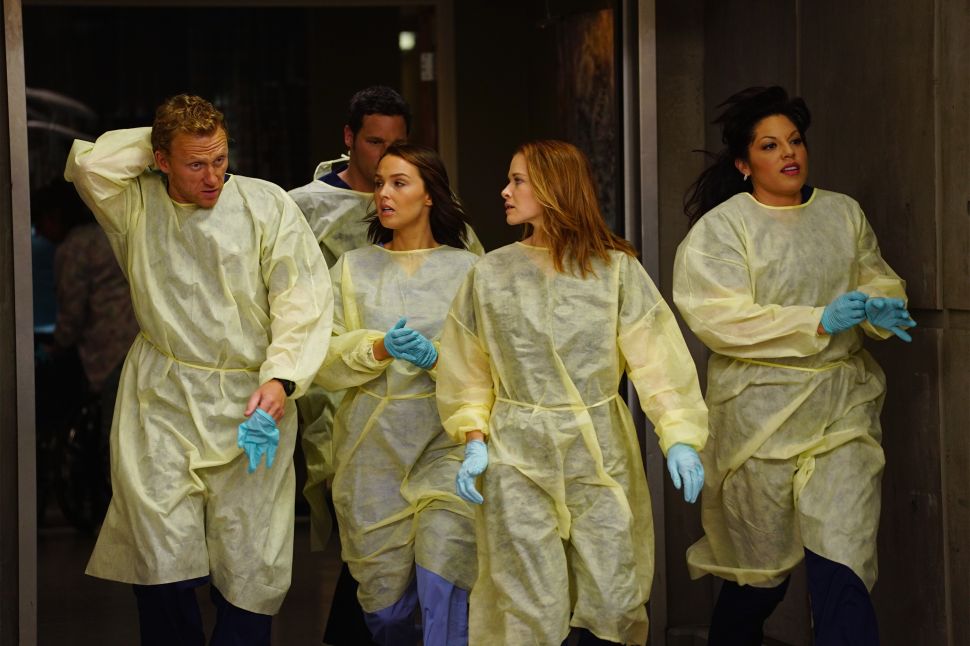