There’s a brief moment early in the Grey’s Anatomy season finale when Bailey offers her thanks to the Army for creating “Kepner 2.0.” She’s channeling the fans here, because it is a relief to see April go from being a bubbly, sweet, but not terribly dynamic character to someone prepared to tow an entire car to a hospital just to save a patient’s life. Her military training has not received much screen time, and the plot point showed up a little out of nowhere, but the way April handled this particular crisis has more than demonstrated that the military training she received has changed her life—and her identity—for the better.

Jackson sees it the same way, and watching his internal conflict is beautiful. He is proud of his wife for becoming Superwoman and for following her dreams, despite how crazy they might seem to everyone else around her. But he’s hurt that she didn’t offer him any kind of spousal support in the wake of their baby’s death. She made her grieving process entirely about herself, processing on her own, accepting the help of others while refusing to return any of that help to her husband. So he does the only thing he can do: support her decision to return to the Middle East, but refuse to wait for her to return. It blindsides her, because she really has been that selfish about this—she can’t comprehend that her actions have impacted him quite this much. She’s totally unaware that, by reinventing herself, she can’t be the wife she was before.

But maybe that’s okay. This split feels natural and maybe for the best. Certainly, the deaths of children can destroy families, and crises can change people in completely different ways, forcing them to grow apart. We don’t know yet whether April will go back to the military or whether she’ll try to make it work with Jackson, but it’s clear that she needs to do the former. That’s the only way she can finish her transition and fully become “Kepner 2.0,” the doctor we had no idea that we always wanted her to be. She doesn’t need Jackson anymore. She just needed him to be the one to tell her that.

April and Jackson aren’t the only parents of a deceased child (likely) calling it quits: the newly-elected junior senator of Virginia needs to find a new place to live. Scandal’s fourth season closed with Mellie winning her election and Fitz demanding that she move out of the White House, allowing him to reunite with Olivia Pope — inevitably, I suppose, but much to the anger and frustration of every person watching.

We can all agree that Fitz acted completely inappropriately here, right? I mean, Mellie didn’t know Rowan. She knew that this “Damascus Bainbridge” had information about her and her husband, and she wanted to protect herself and her family, so she didn’t think twice about providing the list of names. Not knowing Rowan, or anything B613-related, she had no idea what would happen to the people on that list once she delivered it. I mean, sure, she probably should have known that nothing good would come of it—people who blackmail senate candidates are usually not seeking lists of names for the purpose of surprising those people with cookies or puppies or lottery winnings—but I can see why, given the information she had, she wasn’t thinking “execution-style murders” would be the outcome. She did the wrong thing, but she had no idea what else she could do.

Cyrus certainly knew better. He should have told Mellie the truth, once he figured out what was going on. And we don’t really know what Elizabeth does or doesn’t know, but it seems clear to me that catching Cyrus in this situation was part of her plan in order to secure his job for herself. Frankly, if that’s how calculated she wants to be, she deserves it. I don’t want “no-Cyrus-in-the-White-House” to mean “no-Cyrus-in-season-five-of-Scandal,” but this firing was a long time coming, and I don’t feel too badly for him. He absolutely knew better and still chose the wrong move. Maybe he’ll have a job waiting for him in Mellie’s new office.

But Mellie’s new to this side of politics. Just think of all the things her husband has hid from her over the years. She doesn’t know about Remington. She doesn’t know about B613. She doesn’t know that the man who “donated” to her campaign also killed her son. Fitz has kept her in the dark about so much that it’s impossible for her to try to handle situations the way that he might, or Cyrus might, or Olivia might. So kicking her out of the house and refusing to celebrate her victory was a poor move. These are the moments in a marriage when you need to stick together. Otherwise she’ll continue to be taken advantage of by people like Rowan and Andrew, when she’s going to have a hard enough time establishing herself in the senate and preparing for her own presidential candidacy. She can do it—the woman is amazing and continues to prove everyone’e expectations wrong—but she shouldn’t have to do it alone.

Well, then. Thanks for riding the Shonda-coaster with us this season. See you back here in the Fall. 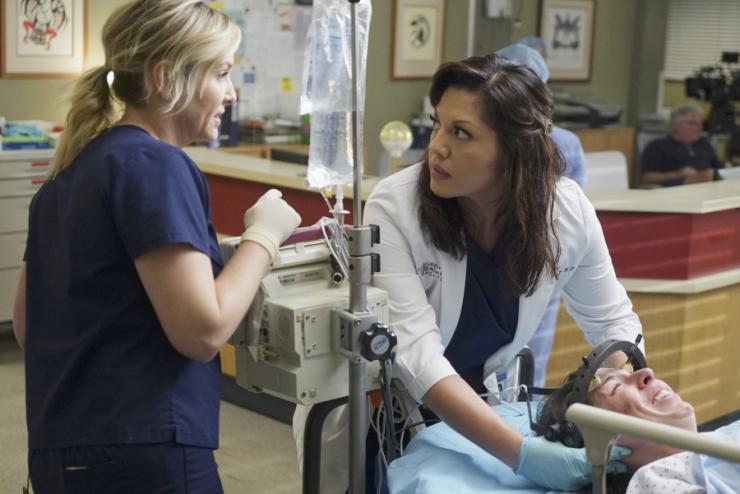