If you haven’t heard of Bear’s Den, stop everything you’re doing, listen to “Above The Clouds of Pompeii” and “Isaac,” and prepare yourself for a religious experience. The London band’s sophisticated blend of spiritual, acoustic folk rock, is sure to leave you believing there is a god.

The Observer had its own Bear’s Den religious experience last Thursday at a British Airways-sponsored concert celebrating the airline’s new platform Listen Up. They’ve partnered with Communion Music to introduce rising artists to new audiences through a series of dynamic content, both online and in-flight.

Before the show, the Observer hung out with the thoroughly bearded band, who, despite hailing from London, fit into the Brooklyn scene just fine. (Turns out beards help.) We talked about music, religion, and—because we had to ask—whether any of them were single.

What made you guys choose the name Bear’s Den? What were some other names being thrown around during the process.

Kevin Jones: We did sort of very quickly talk about where the wild things were. But Bear’s Den settled quickly. It felt like the right name quite fast.

Is there any symbology behind the name?

Andrew Davie: It’s sort of like Where the Wild Things Are. We want our music to be an escape that you run away to as a kid or as an adult.

What is your favorite venue to perform at? Where can you consistently expect the best crowd?

All respond: It’s hard to say. It varies. We don’t necessarily have a favorite venue. But some of the countries we really enjoyed were: Montreal (the most recent of shows for us) as well as Amsterdam and Zurich. There is also this venue in San Francisco which name we cannot remember… oh well. Anyway, when it boils down to it, playing for our fans in London is always incredible. For us it’s literally our backyard.

For me, when I listen to your music I can’t help having this overwhelming sense of spirituality and religion. Are any of you guys religious, or do you consider yourselves spiritual? Do you try and put this in your music or does it sort of just come out naturally?

Andrew Davie: I think we are all quite interested in religion but perhaps were not religious. But no, none of us belong to a particular faith. Religion is such an interesting subject. For example, our song “Isaac” is a religious story or whatever. But we are very interested in these themes of religion, like Christianity, for example.

Who are your biggest musical or non-musical influences that got you to this point?

Kevin Jones: I think one thing that is true for all of us. When asked this question. I say the same thing, but it’s so true. That it’s just the people around us. Friends, family, friends we have met in music. It’s these people around us that mean the most to us. And give us motivation that no celebrity or idol ever could.

This one is for your lady fans: are any of you single, in a relationship, or have a significant other? Because I have tons of friends who totally dig you guys.

Kevin Jones: Well I’m engaged, so I’m the most taken.

What was it like to come up from being locally known and having your own niche fans, to being thrust into the lime light, and being internationally known and recognized?

Andrew Davie: I can’t really say we have. Honestly I think at our gigs we feel a bit famous, if you know what I mean. Because you walk into the room and there’s like 2,000 people, well that’s only one gig we did. It’s more like 200 (all laugh). But no it doesn’t feel like fame in that traditional can’t go out on the street sort of deal. It just hasn’t happened yet.

Joey Haynes: I’m always able to go out onto the street!

Kevin: Yeah, nothing really feels different either. Just doing what we have always done.

So you guys have two songs: “Above the Clouds of Pompeii” and “Bad Blood.” And Bastille you know… has “Bad blood” and “Pompeii.” Basically the same names minus the “above the clouds” addition to your tune. So did they steal your song names? Is there some bad blood between you?

Joey Haynes: Yeah, yeah, what can I say: Ba-steal our songs

Andrew Davie: But for real, its just a very massive coincidence.

Joey Haynes: I would like to challenge Bastille to a duel!

Have you guys ever considered moving to New York City?

All: We have pondered this idea, but for now It’s up in the air! 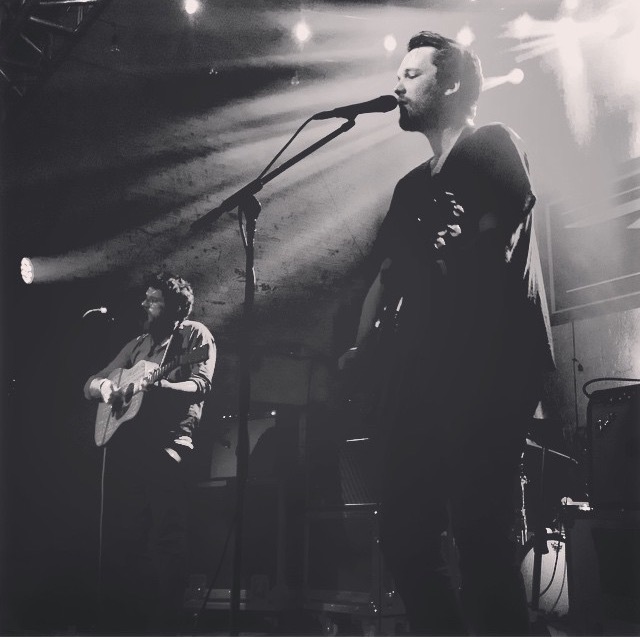