The mother of Eric Garner tonight lamented the election of Staten Island District Attorney Daniel Donovan—the man who impaneled the grand jury that decided not to indict the NYPD officer involved in her son’s death—but blamed the residents of her own North Shore neighborhood for failing to show up at the polls.

Gwen Carr, whose son died after screaming “I can’t breathe” in an apparent chokehold by a white police officer, complained to the Observer of low minority turnout for Mr. Donovan’s Democratic opponent Vincent Gentile. Early reports indicate that only a small fraction of eligible voters on the North Shore of Staten Island, the predominantly conservative and white borough’s most diverse and Democratic area, cast ballots in the special election to replace former Congressman Michael Grimm.

“We had a very, very low turnout with the Afro-American voters and the Latino voters,” she said at Mr. Gentile’s after-party, adding that her neighbors had allowed residents of other neighborhoods to pick their representative in Congress. “And you have to vote. You have to elect your own candidate. Don’t let anyone elect them for you. And that’s exactly what they did. They let someone else elect their candidate.”

Ms. Garner said she had encouraged nonwhite Staten Islanders to support the Democrat but to no avail.

“We tried to help campaign for Gentile, hoping that the voters would come out. The voting was very low. We urged people to come out,” she said. “But that was the best we could do, was urge them. You know, they didn’t come out like they should have.”

She did, however, attribute the Republican prosecutor’s victory partly to ingrained pro-law and order attitudes and a cloistered culture in the island borough.

“The police officers, you know, the district attorneys, they’re all related in some way. In Staten Island, it’s been like this for many, many years,” she said, even as she affirmed low voting rates among blacks and Hispanics exacerbated the issue. “We didn’t expect it to change overnight, but we thought that the voting would make a difference. And it could have.”

She was uncertain what life on Staten Island would be like with Mr. Donovan in Congress, and said she would work to unseat him in 2016.

“We’ll have to wait and see,” she said. “We’re not happy that Donovan won, but what can we do? We’ll try again.” 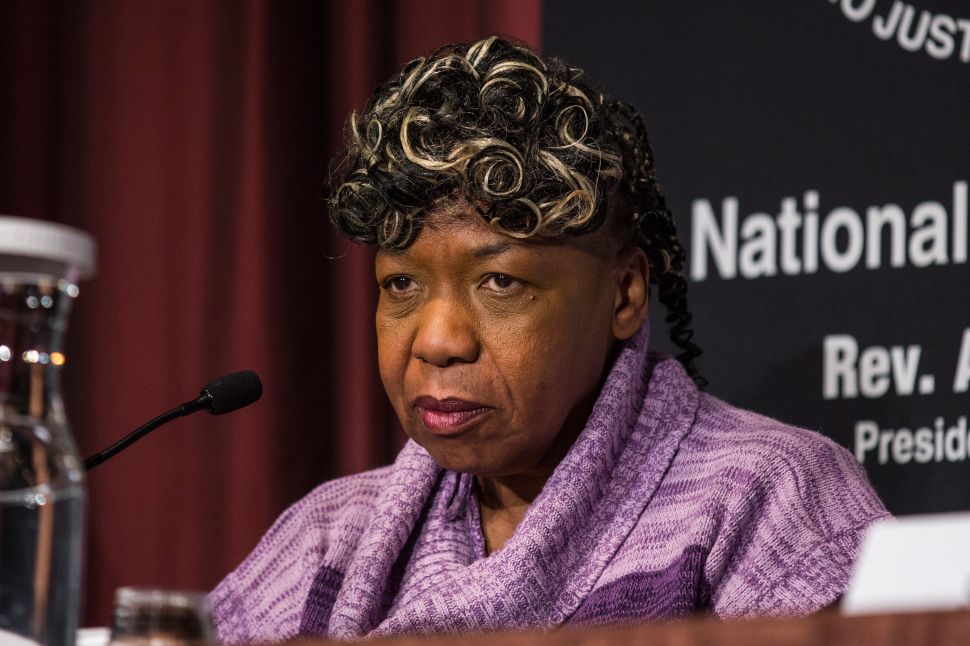