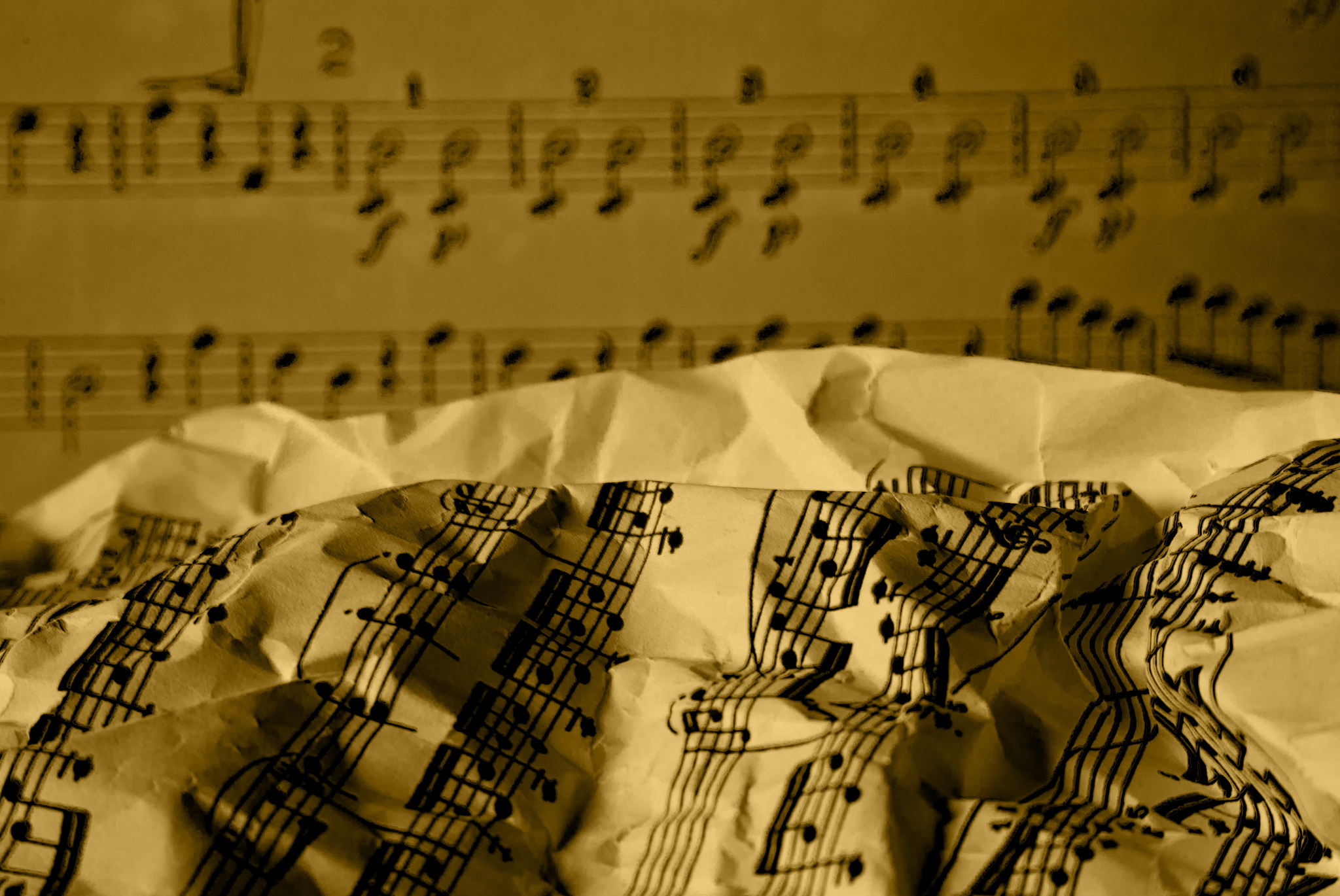 Outside my songwriting classroom at NYU’s Clive Davis Institute of Recorded Music, the industry is in full disruption mode. This semester alone, publishers continued to weigh new methods to take back control of their copyrights; a controversial judgment regarding “Blurred Lines” spurred debate on what copyright even is; Congress heard arguments regarding how artists and songwriters are getting paid; Pandora and Spotify and Grooveshark and Rdio all made headlines; Tidal launched (Jay Z even came to Clive to talk about it); Apple readied a new streaming service…friggin’ Starbucks jumped in, and I’m just going to stop there, because you get the point.

At times, I’ve wanted to triple-lock the classroom door for the brief 14-week period so we can focus on the art. But that hasn’t been easy, and in our final meeting, I left my students with a series of rhetorical questions, all of which added up to:

With all this going on, what is the future of this thing — songwriting — we’ve been talking about all semester?

But, in watching the industry dissemble and recombine, I’m reminded of how much the delivering technology has also been at play.

There are many more examples of technology influencing song form, of course. But it’s crazy to witness the hangover from previous technologies that now are being declared dead. For instance, if the CD is dead/dying rapidly, why are people still making 10-song buckets of three-minute songs?Well some aren’t, that’s true, but the rethinking has not yet taken hold in a full-fledged way. Most of my students are making five-song EPs, which is also a holdover.

Truth is, songs have a financial incentive to change what they look and sound like.

For instance, Spotify, the clear leader in the streaming space, pays after 30 seconds, so an honest question is:

A) Why write beyond that? And…

A “song disruptor” would just cut everything back to :32 or so, and see huge positive results in his/her own streaming royalty statements. Labels would love it for the same reason (more money).

Thinking ahead: If a critical mass were to adopt song forms of these lengths, would Spotify payouts to creators suddenly rise sixfold? That would probably crush the business model, wouldn’t it? I mean, it can’t make a profit as is, and songs are clocking in at around three minutes. Are streaming services just skating by on all that non-monetized listening time?

Spotify also pays higher rates at around five minutes — because of course it does. It makes the company money to not have to pay out for four entire minutes of a song.

Taking this into account, are streaming services, through their business model, incentivizing a change in song form?

Clever people are playing with these ideas already, of course, and we’ll all see if it remains a stunt or becomes the new normal.

A personal favorite was Vulfpeck, an indie band that released Sleepify, a collection of silent tracks they persuaded their fanbase to stream while sleeping. Spotify paid out $20,000 in royalties, but pulled the album for unspecified reasons. Meanwhile, John Cage’s “4:33,” a pillar of modern music, is available on Spotify, in several versions. It’s silent, though Cage argues that there’s no such thing. (His book, Silence, goes into it in depth.) I have never understood why no one took the Vulfpeck issue seriously enough to consider the Spotify takedown an act of censorship, which, by definition, it is. Instead, it was branded a stunt. This, while people pay to see Duchamp’s urinal in the Tate Modern.

By the way: Are there other silent tracks on Spotify? Yes. Are there other clever artists utilizing loopholes in the streaming service business model? Yes. Am I going to blow up anybody’s spot? Hell, no.

Redefining an art form isn’t new, but neither is the concept of streaming, which was happening with elevator music in the 1930s, and was theorized decades earlier. But now that streaming has taken off, will song form react?

So, if “Gangnam Style” had been 1:10 instead of 4:13, what might have happened? Would it not have been as “good?” I don’t know, but: How much of “Gangnam Style” can you sing back right now? It’s probably not 4:13 worth. Psy left money on the table. At billions of views, that’s a lot of money.

Or, what if “song development” happens in the aggregate and is defined by the atmosphere that surrounds it? A song is no longer a portrait — it’s more like a single feature on an ever-shifting face. (Mr. Potato Head did come to mind, but that sounds judgmental. Still, that’s the idea.) I checked out turntable.fm (RIP) because I was interested to see this idea in action. The platform introduced a kind of gamification of DJing for a room, but the icons looked like South Park characters, which made an interesting technology feel like a Fischer-Price toy.

Adrian Belew’s Flux app also interested me. In it, the groundbreaking guitarist created a bunch of musical ideas that constantly shift and recombine so the listener never hears the same song twice. The app was funded on Kickstarter, and I like Adrian Belew, but there were several things about it that came up short to me. It’s all him, for one, and that’s great, but chocolate ice cream for all three meals is a problem. And the fact that you never get that critical repetition extracts a major power of the song — the ability to join in. We like repeat choruses, still. Even now. When it’s a good ride, we want to go around again.

Here’s another possibility: Maybe the job of a songwriter is to finally listen to all the jerks who say “music is a loss leader, man,” and realize that our job is not done by simply writing a song. We now have the opportunity to create the environment in which our songs function.

You know who was great at that? KISS.

But a live show doesn’t scale like a startup does. It’s a good model, but in that band, someone still had to spit blood and/or fire every night. Are there other options that can scale? And is that new environment something that takes into account the way we experience music, and a way we will also pay for it?

From pop Broadway musicals, to cruises that gather groups of likeminded fans, to festivals, to immersive theatrical experiences like Queen of the Night (and I did see St. Vincent there the night I went), to soundtracks for books, films, videos, on-demand channels…

There’s no doubt, people are out there, looking hard for these answers. But in the midst of it, my rhetorical question still nags: Does the song still have primacy, or is it part of a team of media ideas, and not a solo act in itself?

This piece was originally published on Cuepoint/Medium. 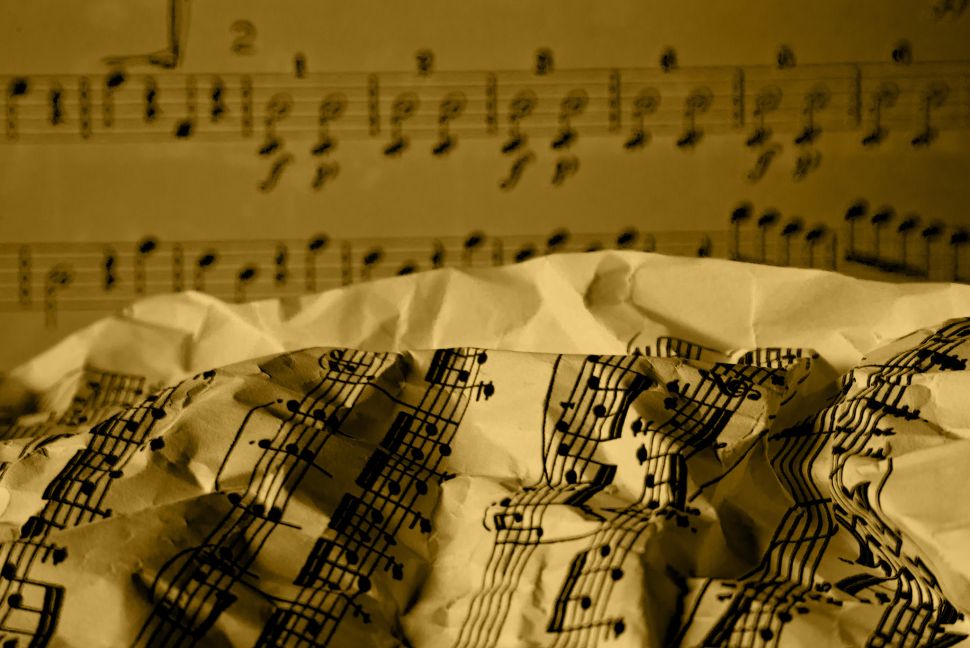