La Monte Young has had an utterly profound effect on the last half-century of music. However, the impact of the 79-year-old composer resonates largely without visible cause, due to the curious fact that much of his recorded work is out of print, encouraging an obscurity far out of proportion to his influence. But the work we can hear is profoundly moving and inspiring, and the very real aftershocks of his inventions vibrate across our entire era, whether or not their source is visible.

La Monte Young (who will be taking part in a rare lecture and interview on May 6) responded to the mid-century world, humming with high-tension wires and jet engines, by creating a vastly original music that referred to the future but honored the eternal past; his hisses, drones, shimmers of sine waves, chants and ragas conjured the sound of Potala Palace and the Pyramids and the sound of the late-night test patterns.

I can think of no other composer who so evoked the irretrievably ancient and the inconceivably futuristic. Young may not have invented the maximum minimalist drone (then again, maybe he did, though more accurately he re-interpreted the sounds of the subcontinent via the ether-fizzing Telestarisms of TV-aerial America), but there is a gorgeous perfection and spontaneity in his work that his musical godchildren could never quite reproduce. Much of what La Monte Young did first he did best.

Much of what La Monte Young did first he did best.

And there’s a lot he did first. To put it in the most simplistic terms, La Monte Young did the raga thing years before the Beatles, the drone/stomp thing half a decade before the Velvets, and the ambient thing before Brian Eno had even grown pubes. La Monte Young was an inventor, profound, pioneering and sagely; the light bulb that went off over his head lit the way for 88,000 musicians and 10 times as many listeners, who felt his influence even if they never knew his name.

And lest we fucking forget, without La Monte Young, you wouldn’t have the Velvet Underground, no way no how, and where would we all be without the Velvets? Not only were the V.U. formed by three disciples of Young (John Cale, Angus MacLise and Tony Conrad), but that great sighing, sawing plod we hear in our heads when we think Velvets was appropriated, lock, stock and droning barrel, from the work of La Monte Young.

Aside from his influence, there is his music, shudderingly gorgeous, evocative, instantly emotional; when I listen to La Monte Young, I literally hear my earliest memory, the crib-wrapped sound of trucks rumbling on a far away highway at dusk (or maybe it was dawn); and I hear the hopes of a young man, his head exploding with the possibilities of sound that transcended Western chords; and I hear the hum of the hospital and the Bardo mantras of my old age and death. Very, very little can arouse such rich emotion in the listener.

La Monte Young is also living evidence of an extraordinary (and somewhat hidden) moment in the artistic history of New York City. We all know the oft-repeated Golden Book version of NYC’s postwar culture: Beat Poets in the East Village, Bob Dylan on Bleecker Street, The Velvets and Warhol at the Factory, the Ramones on the Bowery, the Beastie Boys in Brooklyn, Madonna, Sonic Youth, and on and on.

The simplistic recounting of this tale often omits the volcanic Fluxus Movement moment of the late 1950s and early 1960s, a minimalist crusade that blew a giant hole in people’s perceptions of art and music. Typified by artists like Young, John Cage and Yoko Ono, your average cultural observer doesn’t think much about Fluxus because, well, part of their game was that they ran silent and ran deep. Those who witnessed the innovative destructions and reconstructions of Fluxus were inspired to build something new out of the ashes. See, it was these people—the ones whose ears were left ringing by the minimalism of Fluxus’ nude bombs—who created the future.

(That was a Get Smart reference, make no mistake about it.)

Honor La Monte Young. He is the inventor of the chord that conquered all, the sound of an unimaginable future and an equally unimaginable past; he is the bridge between the whispers of the Bodhi Tree and the churn of the Ramones. 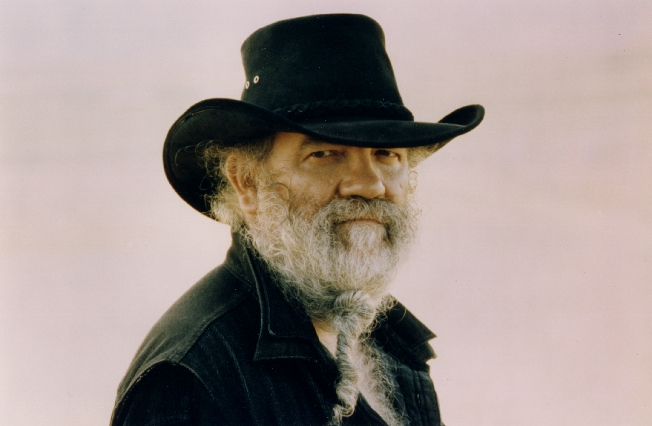