Today, the Internet is full of soccer fans.

Nine FIFA officials were arrested on Wednesday on charges of racketeering and corruption. Swiss police arrested 14 people in total who now face extradition to the United States.

See, FIFA? You insist on calling your sport “football,” you eliminate us from the World Cup early just because we’re “not very good at soccer,” and then you don’t even give us a chance to play on our home turf?

Now, it’s not really all that surprising that FIFA officials appear to be corrupt. Anyone who has been following the sport closely has suspected that for a long time. Even if you have no interest in international soccer, there’s a good chance you saw John Oliver’s segment about FIFA’s presidential election on Last Week Tonight a couple weeks ago.

Or his longer piece about FIFA last year.

So it’s not surprising that FIFA is sketchy as hell. The exciting part is that these obscenely rich, corrupt individuals might actually face some consequences. And the internet is loving it.

(What can you come up with?)

And some people started to imagine what the cover of next year’s FIFA video game might look like.

They weren’t the only ones getting in on the action.

Electronic Arts even had an oddly-timed announcement of a new feature in FIFA 16, which raised some eyebrows.

And of course, the internet provided a seemingly infinite supply of memes.

And others just poking fun at the organization itself.

Of course, some people have to come in and remind us that corruption-wise, maybe FIFA isn’t the worst out there.

Man, why does reality always have to spoil our fun? 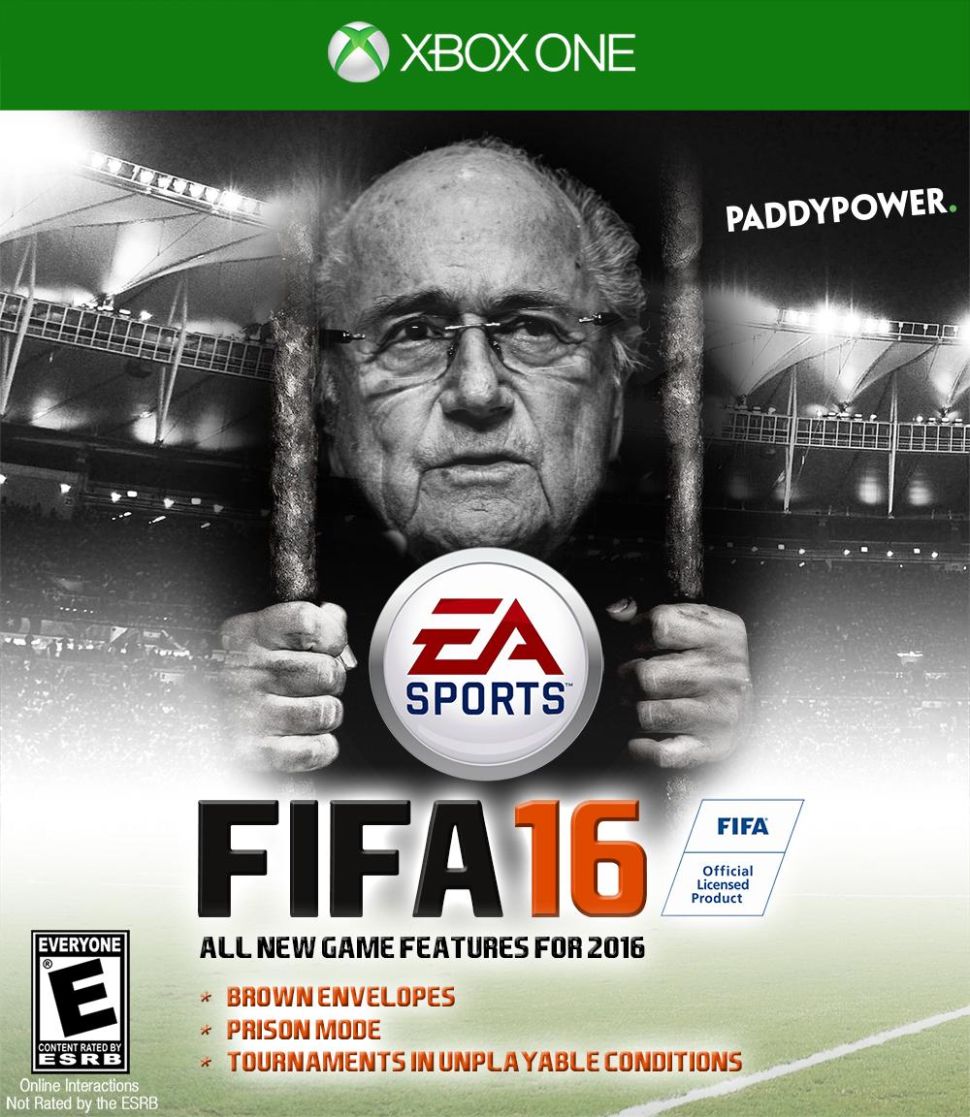