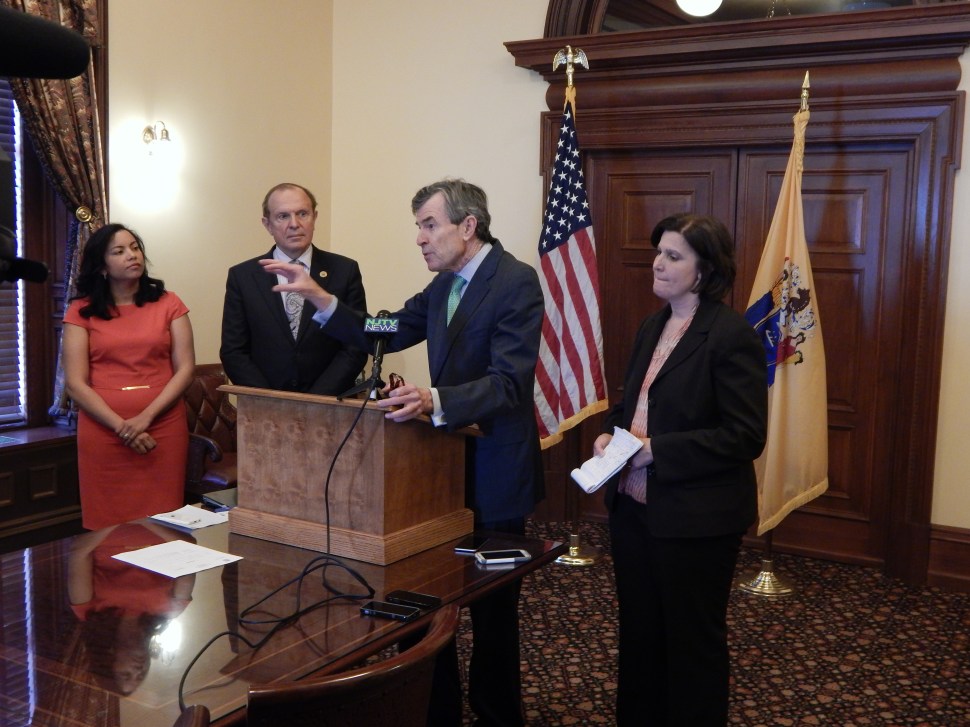 TRENTON — A Democratic state senator — who was integral in bringing the first of their kind to fruition under the state’s last governor — wants to make New Jersey’s tax incentive programs for successful businesses more accountable under the current Republican administration.

State Senator Ray Lesniak (D-20), at a press conference in the statehouse today, announced the introduction of legislation that would reform the way the state’s Economic Development Authority handles business tax incentive programs to make them more transparent. The bill comes at a time when an uptick in corporate subsidies under Christie’s administration has drawn the scrutiny of Democrats and liberal advocacy groups, many of whom see the Republican mixing politics and policy ahead of a likely 2016 presidential run.

“The report of the effectiveness of these programs is critical,” Lesniak said. “I don’t think anyone can dispute that this governor has a credibility gap. And you certainly don’t have to take my word for it, just look at the public’s word for it in polls. And for these tax incentives which I support to go forward, they have to be able to have shown to provide the jobs and increased revenues, rather than skepticism that legitimately exists.”

The bill would impose a moratorium on additional corporate tax breaks until Christie’s administration produces assessment reports that advocates of the measure argue are necessary — and required, under a 2007 law signed by former Gov. John Corzine — to gauge the effectiveness of the programs. Those reports have been less than forthcoming over the course of Christie’s tenure, Lesniak said, leaving the legislature and public in the dark as to whether businesses are actually creating the economic benefits that the tax breaks are intended to generate.

Christie has touted his administration’s use of the state’s business tax incentive programs, such as GROW NJ, as a way to bring New Jersey out of its post-recession economic bind, but that hasn’t kept critics from looking skeptically on them. Just last year, Christie granted an $82 million tax subsidy to the Philadelphia 76ers to shift 250 jobs to a new practice facility in Camden, a move some saw as politically-motivated.

“We need to pause, and take a look at what we’re accomplishing,” Lesniak, who helped spearhead earlier tax incentive programs in his hometown of Elizabeth, said.

In total, Lesniak noted, the last five years have seen $5.4 billion in incentives approved by the EDA, roughly coinciding with Christie taking office, compared to only $1.4 billion was rewarded in the 14 previous years. Critics of the administration’s reliance on the programs argue that the money lost on tax breaks could be better spent elsewhere, such as on education, the state’s ailing Transportation Trust Fund, or a broken pension and benefits system.

“There is a real cost in ignoring the other assets that make New Jersey a competitive state for attracting jobs and economic activity,” said Gordon MacInnes, president of New Jersey Policy Perspective. “What value is our location, which no other state can match if you can’t move goods and people across the state?”

“We feel it’s a shame for the governor to year after year think that it’s okay to spend billions of dollars without disclosing to the public who is using the money and what the money is accomplishing for our state, especially at a time when our economy is still floundering,” added Dena Mottola Jaborska, associate director of New Jersey Citizen Action. “The taxpayers have a right to know how their money is being spent. And what the taxpayers do need to know is where is the money going, and what is it accomplishing for us. This bill will help the taxpayers understand that.”

The bill follows on a campaign, led by NJ Working Families — whose director, Analilia Mejia, was present at today’s presser — to call on the administration to freeze the controversial subsidies until it improved its reporting process.

Lesniak said he is confident the bill will have bi-partisan support.

“This is not a Democrat or Republican issue,” he said 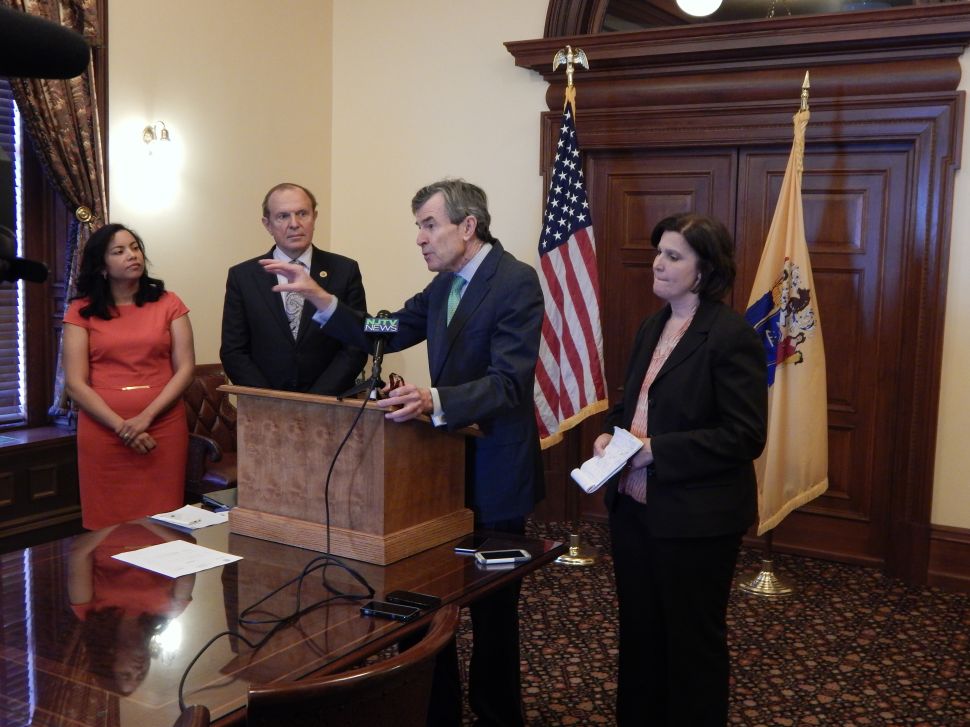