Congressman Daniel Donovan, recently elected to represent Staten Island and part of Brooklyn, is looking to staff up.

The Republican is asking the “best and brightest” in the 11th Congressional District to apply to be staffers in his district offices. Mr. Donovan, who rose to prominence as the Staten Island district attorney who did not secure an indictment in the Eric Garner case, extolled his own record of diversity in the DA’s office.

“I want every resident of the 11th congressional district to know that my office has an open door policy, and we are here to help,” Mr. Donovan said in a statement. “Cutting through bureaucratic red tape and assisting constituents with their needs will be a top focus, but to achieve that we need the best and brightest people on our team.”

His office said that he received the “Diversity Champion Award” for increasing diversity among the office’s staff and “raising the office’s standards.” (He asked anyone interested to email ny11resumes@mail.house.gov.)

But Mr. Donovan’s history of diverse hiring won’t appease Democrats, who are already putting the freshman lawmaker in their crosshairs. The Democratic Congressional Campaign Committee blasted Mr. Donovan earlier this month for voting for a bill that bans abortions after 20 weeks.

National Democrats have high hopes that they can unseat Mr. Donovan, who will need to win re-election in a presidential year with higher liberal turnout. But the DCCC has a mixed track record in the district and must find a viable candidate to take on Mr. Donovan. 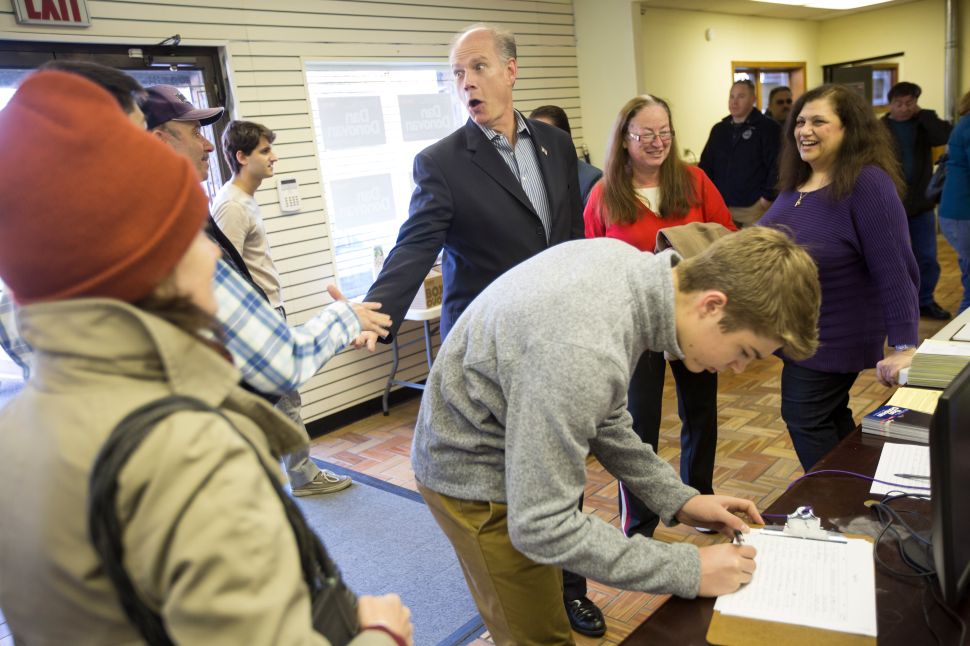