Since hosting a discussion with Texas Senator Ted Cruz in my home, I have been inundated with hateful, biased social media messages, and attacks from gay extremists (do I dare say the word?) who demand inclusion, but do not believe in dialogue. I know in my heart that these attacks do not represent the rich culture and diversity of the gay community. Yet, in our community, as in so many others, the most vocal often dominate the conversation. I hope this op-ed will help heal wounds and continue necessary progress and discussion.

It is amazing that my businesses are being boycotted by some because I hosted a discussion with an elected official. Not a fundraiser. Not an endorsement. A dialogue. What would we say if the Jewish community organized a boycott of a business leader who hosted a private discussion with an important Muslim politician? We know the answer. I am a longtime leader of my community – and proud of who I am and what I have accomplished.

Boycotting me for a discussion?  Since when have we grown so small and intolerant?

While Senator Cruz’ positions on LGBT issues are considered extreme in New York, the reality is that the LGBT Community has achieved enormous progress politically in just the last five years. Repeal of Don’t Ask Don’t Tell (DADT) was passed in 2010, same-sex marriage was passed in New York State in 2011, and in 2012 President Obama finally declared publicly his support for same-sex marriage. I worked very hard alongside many others to ensure the repeal of DADT became a reality.

Repeal of DADT and same-sex marriage in NY State were achieved through years of hard work by many organizations, with lots of meetings and dialogue with Democrats and Republicans, opponents and supporters, which resulted in bi-partisan affirmative votes for Repeal and for Marriage.

Should we not have met with opponents during that period?

The next chapter for the advancement of gay rights will require even more support from across the aisle, as many State governments are controlled by Republicans. Although some would like it to be, being gay is not a political affiliation. (For the record, I am a registered Democrat).

Despite media reports to the contrary, I did not organize the Cruz dinner, but did embrace the opportunity—again, in a non-fundraising setting—to discuss a number of important issues, including support for Israel and support for gay rights. In a small group in my living room, I hosted a United States Senator Presidential candidate and asked him how he would feel if his daughter were to tell him she was lesbian. How often do you think he has been asked that?

The Supreme Court is currently deliberating on a case regarding same-sex marriage. In the past, dialogue and personalization of gay issues has been very effective at changing hearts and minds. The more that people know someone close who is gay, the less likely they will be intolerant of gay people. Should Senator Cruz—and others we don’t agree with—never meet gay people?

I have many Jewish friends, and Israel, as the cradle of most religions, is near and dear to my heart. Today, there are American politicians who are embracing Iran at the expense of Israel, which has been America’s strongest ally in the Middle East, the most democratic country in the region, and very accepting of the LGBT community.

Iran, on the other hand, adorns their bridges and public squares with hanging ropes targeting the necks of anyone suspected of being gay. At the moment, homosexuality is illegal in all of the Arab countries, but I hope we can work to change that over time.

Should the treatment of gays in the Arab world not be discussed with candidates who oppose same-sex marriage? Do my boycotters think that is not important, or do they simply ignore it? Iran maintains control of its people by denying basic human rights, and many autocrats throughout the Middle East similarly oppress their citizens.

In the U.S., if the rights to free speech, expression, and association are whittled away, the gay community along with most other minority communities will be vulnerable to losing all that has been gained.  Shunning dialogue with political opponents is not the road to advancement.

I am not a politician – but I am someone who cares deeply about many issues. I have given significant charitable contributions to support many important gay issues, and will continue to do so. I do not understand, nor do I accept the voices who have organized against me because I spoke to a United States Senator.

As happens all too often, loud voices have muffled those who have commended me for confronting Senator Cruz with important issues. There are many who support this dialogue, yet haven’t come forward for fear of being attacked.

I welcome anyone who wishes to engage in a dialogue at any of my properties, including THE OUT NYC, which has been described as an “oasis in the big city.” I’d like to invite people – all people – to come out of the closet and join me in affirming that open, honest, respectful dialogue is the only path forward.

Mati Weiderpass is an entrepreneur and real estate executive. 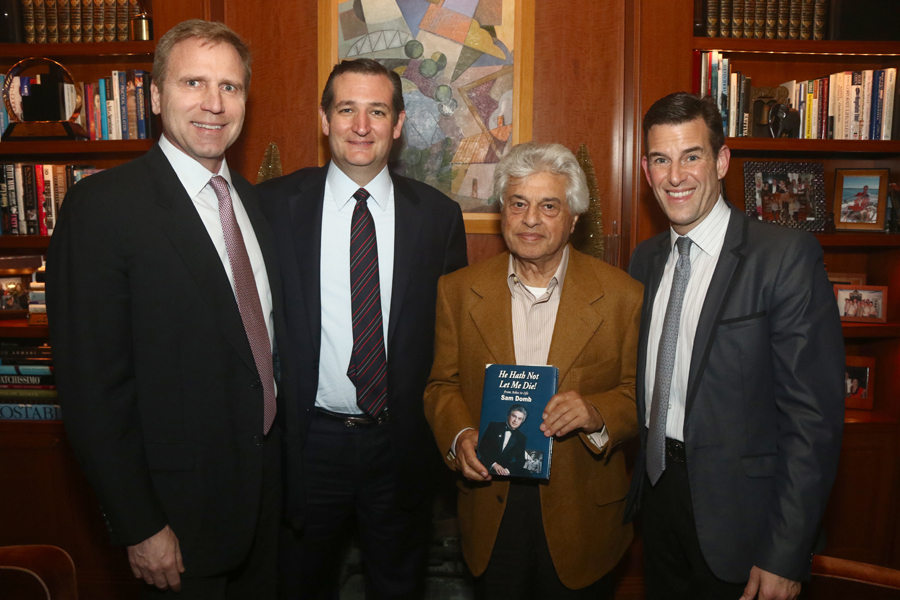