Get out the champagne! Crusading journalist Nellie Bly would have turned 151 today. And so, in the tradition of choosing random anniversaries to honor people, Google commissioned a doodle to celebrate Bly’s birthday. 150, it seems, would have been too on the nose.

It isn’t actually a doodle, but an animation featuring highlights from Bly’s career narrated by a song (above) written by Yeah Yeah Yeahs frontwoman Karen O, which she wrote specifically for the video. “Someone’s got to stand up and tell them what a girl is good for,” Ms. O intones.

Nellie Bly, one of the most badass reporters in journalistic history, made a name for herself in the late 1800s when she went undercover in a New York insane asylum and published the disturbing findings of her sojourn in Joseph Pulitzer’s New York World. Bly, who died in 1922 at the age of 57, also traveled around the world in 72 days.

Karl Marx was also born on May 5, along with a lot of other people, such as the singer Adele. In 2018, Marx turns 200, which means Google will probably make his doodle in 2019. 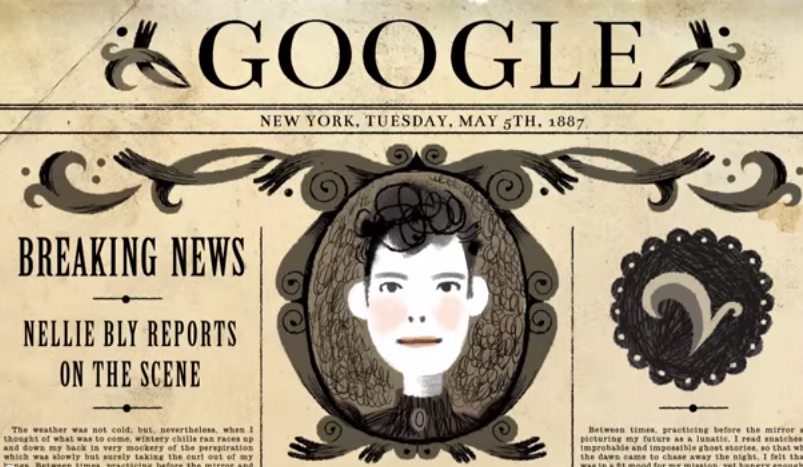