Somehow, someway, Greece has met its latest debt obligations, a 750 million euro payment to the International Monetary Fund. True, Athens used an IMF account to repay the IMF and is more or less blackmailing protection money from its municipalities. But to be fair, that’s actually a slight moral improvement on its usual strategy of blackmailing the Germans while holding the eurozone hostage.

The debt negotiations are basically a sham, of course, because nobody really thinks the Greeks are good for their whole 315 billion euro debt, but nobody wants to call them on it. Still, it’s necessary theater. The Greeks pretend to be frugal and the Germans pretend to believe them, because if they didn’t, Angela Merkel’s government would probably collapse. Or the euro would, at least in Greece, and that would collapse the great pretensions of the European project: that the continent is different, changed forever, and the ghosts of Europe Past are truly gone.

It is an inconvenient truth that European states like Greece can get free money and states like Cameroon can’t because of birthright. The Greeks were born lucky. They are a member—perhaps really the founding member—of the European project, which depending on your level of fidelity has brought or helped bring or was ancillary to bringing unprecedented peace and prosperity to an historically violent continent.

Where that prosperity came from is something of a puzzle. Post-1945 Europe was in cinders, after all, and bifurcated by a profoundly anti-prosperity political movement. Europeans will say their success has come from the EU’s grand political experiment, its newfound norms of peace and consensus, and its commitment to market integration.

Those things are all true, but it is also true Europeans were released from every one of their traditional security concerns by living under the shield of the United States. In some ways, theirs is exactly how the United States got rich in the hundred years after 1823, by unleashing tremendous human capital on a virgin continent. But unlike the United States, Europe wasn’t bequeathed a permanently peaceful homeland; it has Turkey and Russia on its main borders, not oceans. The European project thrived at a rare moment when they didn’t really have to worry about either. The former wanted in and the latter was handled by the Americans.

Despite a remaining dribble of decolonization wars, the EU was allowed to blossom in almost total security, beginning with the European Coal and Steel Community in 1951. It worked. The core European countries got rich, and then very rich, and then rich enough to make addendums like Greece and Bulgaria rich as well.

There’s no cosmic law that says the Europeans have to live in Candyland forever, though, and indeed their time grows short. Today, the grand surplus which bequeathed them peace and prosperity is being strained by three forces. First, there’s Russia’s return as a great power, which concerns places like Poland and Lithuania very much and places like Italy and Spain not at all. This Russia is profoundly different from the USSR; it is Russia without an ideological threat, Russia of the empire but not the Comintern. At its core, that Russia is a European problem, not an American one. Americans could care about the threat of global communism. They can’t care about Ukraine. They will offer assistance, but no Evil Empire means no paying any price. The Europeans will have to figure it out largely on their own, and it will divide them, the way great power Russia always has.

The second problem is that the EU has accomplished the deepening too well, and now faces a backlash of anti-democratic (or at least anti-Union) political forces like Jobbik in Hungary and Syriza in Greece. Which is at least a little ironic, because their success is at least partially due to the EU’s own lack of democracy, but there you are. More democratic states will ostracize less democratic ones, who will add themselves to the pro-Russian states, and another set of cracks will appear in Europe’s glass floor.

Lastly, and most controversially, the increasing Muslim population of certain European states will have some effect on their external behavior. It will drive both those states where politicians compete for Muslim votes, and those where they are shunned, like Jobbik and France’s National Front. Either way, that immigration will hurt Europe’s foreign policy unanimity. Perhaps, in time, the Russia-Abbas-Beijing orientation will look more appealing than the American-Netanyahu-Tokyo one. At least for certain states.

Like any artificial construct, European privilege—European exceptionalism, if you want to call it that—will come to an end. The conditions that launched European prosperity after 1945 are eroding, regardless of how long Germany keeps paying Greece. The Greeks are probably wise to play their kabuki dance, paying the IMF with its own money and borrowing while they can, because these days will not last forever. And what comes after, historically speaking, is somewhat bleak.

SEE ALSO: Why the End of Yemen Means a New Saudi Arabia 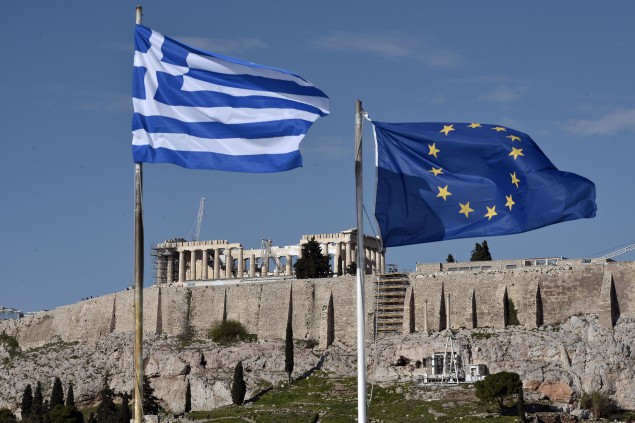