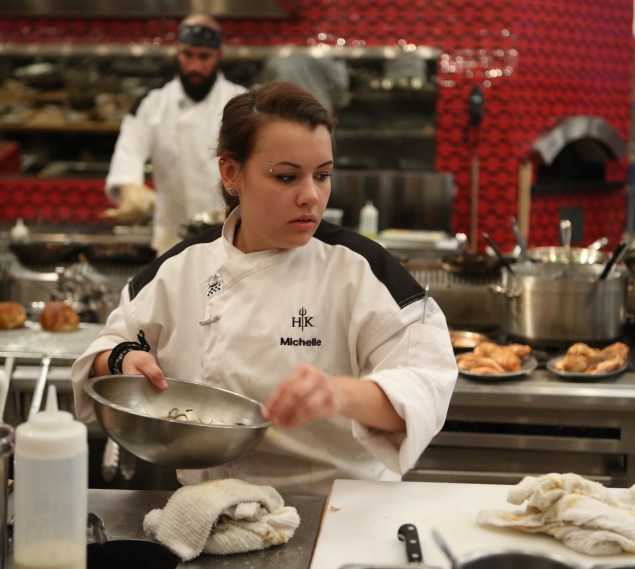 Things are a lot calmer around the Hell’s Kitchen dorms this week now that Josh has finally imploded. In a rare moment of camaraderie, the five finalists relax in the hot tub and reminisce. “What was the funniest part of this whole thing?” asks Meghan, prompting a gale of laughter at moments the chefs seem to remember as being funnier than they actually were. “Remember the time Chef Ramsay called Milly ‘Frankenstein’?” Nick offers, teeing up a clip of Chef Ramsay calling Milly “Frankenstein.” “Chef Ramsay always called me Frankenstein!” adds Milly. I guess it was sort of funny.

The awkward socializing is put to a end when the chefs are summoned to the kitchen. Ramsay stops them outside the door, shushing them. Why the silence? Are there babies sleeping inside? Are the chefs cooking babies today? No, instead the hushed air is because an orchestra from the UCLA Herb Alpert School of Music is performing a symphony in the kitchen. The chefs have 45 minutes to prepare a small plates dish that can serve the musicians and the assembled audience, with the winner determined by diner ballot. After the plates go out, the contestants are also sent into the dining room to campaign for their dishes. Small talk comes easy to the chefs, except for Meghan, who practically begs the guests to pick apart her lamb chops. “The flavor was amazing,” says one diner. “Thank you for the feedback,” she bleeps, then stands there like a blinking cursor requiring input. Finally, some other guy gives a thumbs down and Meghan stomps away. Meghan, you may be a great chef, but great at schmoozing you are not.

All in all, it’s a fun challenge, so naturally it’s made unpleasant near the end when Ramsay gleefully announces who cooked the least-favorite dish in front of the entire room of lunch guests. T’s lobster finishes deep last. “Embarrassing,” spits Ramsay, and everyone squirms. Milly crushes it with his cajun shrimp hush puppy, and wins a helicopter ride over Los Angeles with another chef of his choosing. Meghan thinks she deserves to go because she came in second, but Milly picks T because he is great and T is great and T just got publicly kicked in the beef Wellington by Chef Ramsay. Michelle and Nick just cling to each other for dear life.

The three losers are presented with sacks of multicolored peppercorns and forced to separate the individual pods them by color. If that’s how Chef Ramsay gets his peppercorns, I suggest he find a new supplier. With tensions high, the punishments at this point are clearly designed to push the contestants to their breaking point. I think Meghan is actually starting to suspect this whole show is a sophisticated psychological experiment designed to drive her insane. Meanwhile, T and Milly go on the helicopter ride and obviously have an amazing time because they are amazing.

Tonight’s service is also a fun one. Ramsay’s silent sentinels, James and Andi, are eating in the dining room, leaving the contestants to rotate through the sous chef spot. Milly is the first to expedite and kills it, natch, causing Andi to observe that he’s stepping up after being an underdog all season. Lady, I don’t know what show you’ve been watching. T follows suit with a solid performance, and that’s when things start to fall apart. Nick admits to missing a call and is sent out to personally apologize to the diners for the delay on their orders, but once he steps up to the pass, it becomes clear that he’s been dropping calls all night, leaving behind a rainbow of over- and underdone Wellingtons for T to make sense of. It’s just too big a mistake to make this late in the competition, and the team can’t quite manage to battle back.

Michelle is put up for elimination alongside Nick because nobody really likes her that much. Meghan respects Milly and T enough to keep them around, and those two sure as hell aren’t going to vote for each other. Of course, Ramsay is flabbergasted by this airtight logic and refuses to accept Michelle’s nomination, choosing instead to knock Milly off his high horse after his string of victories. It’s all for show, though. Nick knows he’s sunk and accepts his exit gracefully, making way for what’s hopefully a final showdown between Milly and T, and Meghan’s ultimate existential crisis at the cosmic joke that is her life. 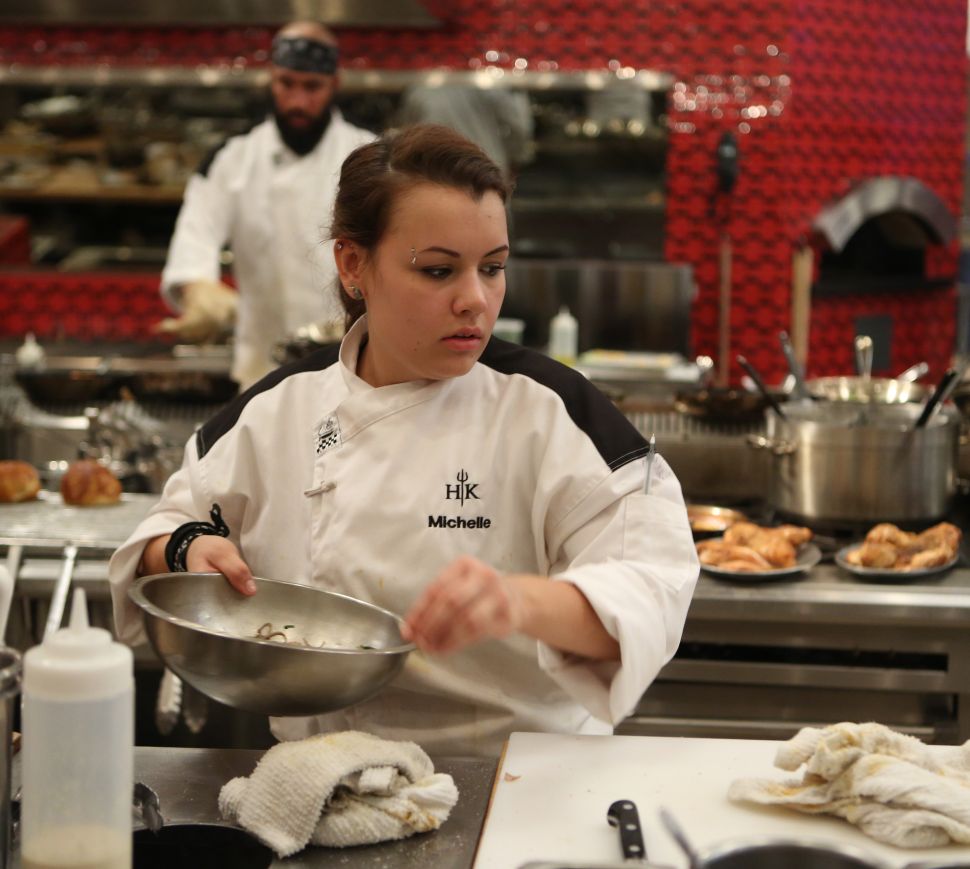