If you’re an artist with copyright issues, it clearly helps to have mega-gallery Gagosian in your corner.

On the heels of a unique reaction to Gagosian-repped artist Richard Prince’s new appropriated Instagram series ofthe Suicide Girls, we now find that leaked Sony emails confirm that another Gagosian artist is embroiled in an “appropriation” dispute. German photographer Andreas Gursky (one of Mr. Prince’s Gagosian stable mates) has been locked in months of sweaty torturous negotiations with six—yes, six—Hollywood executives in an attempt to show and sell a new series of photographs that feature actors who’ve played comic superheroes Batman, Spider-Man, and Iron Man.

According to Julia Halperin of The Art Newspaper, this apparently began when a Gagosian director contacted one of the gallery’s clients, Sony executive Michael Lynton, in 2013 about the rights issue. It has since snowballed to include execs at Disney, Warner Bros., Marvel, and DC Comics according to the leak.

The works debuted at White Cube in London last spring (where taking photographs was strictly prohibited) and will be coming to the U.S. this year.

Marvel, who owns the rights to Spider-man, asked for a 10 percent royalty on all sales and approval on the use of each Spider-man-related work. They also took some issue with Mr. Gursky’s Batman content, since the character has been played by multiple actors (Christian Bale circa 2012 in Mr. Gursky’s photo) and will be reprised by Ben Affleck in future films.

It kind of makes you wonder why Mr. Gursky—or anyone—wouldn’t just reenact their own superhero narratives the way Dulce Pinzón did in her “Superheroes” project, which was publicly displayed in Dumbo in 2012. Though “appropriating” art is intellectually rigorous (or at least it was in the 70s) one could argue that a sense of humor is a much rarer more admirable talent in the art world these days.

Mr. Gursky came to prominence as an artist in the 1990s when he began digitally manipulating his images. He is known for pushing the visual and physical properties of photography, turning mundanities like a 99 cent store into a sprawling abstract composition the size of an Abstract Expressionist painting. He currently holds the record for the highest price paid for a photographic work at auction: $4.3 million. 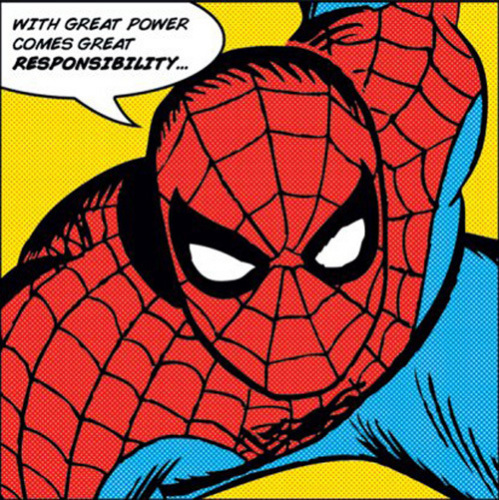